The New Guinea highland wild dog hasn’t been seen for more than 50 years and was thought to be extinct. That is, until a recent sighting of them in their natural island habitat on the South Pacific island.

The New Guinea highland wild dog is thought to be the rarest species of canine and is a close relative to the famous singing dogs of New Guinea, and may also be an ancestor of domesticated dogs. 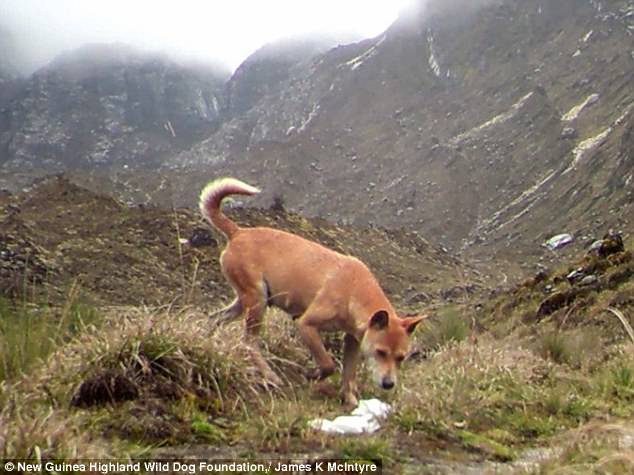 This discovery is a huge break-through for scientists, who have been trying to find conclusive evidence that these dogs still roamed the Earth.

In 2016, zoologist James K. McIntyre, along with a group of National Geographic researchers, took a trip to the Papua Province. During that trip, they discovered a muddy paw-print, which led them to believe that the species was not extinct, but they still needed further conclusive evidence. 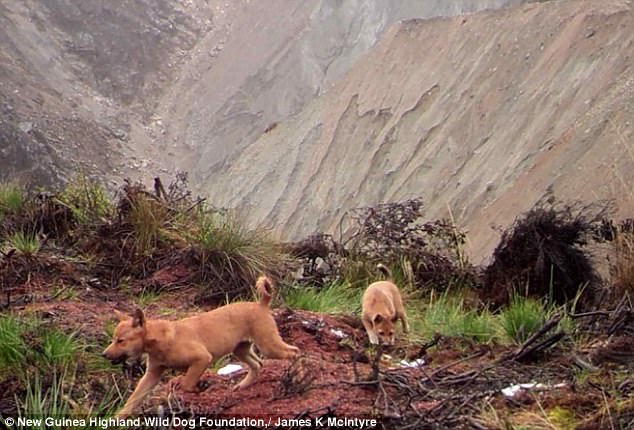 They then put camera traps throughout the forests of the new Guinea highlands, hoping to catch some of these dogs on tape. Luckily, their plan worked! The camera recorded more than 140 pictures of the dogs in two days on the mountain Summit of Puncak Jaya. The pictures showed males, females and babies in many different colors such as golden, cream, ginger, roan and black, with different markings and patterns.

See them in the video below: