An adorable baby sea otter was rescued after boaters found him swimming alone in open water off northern Vancouver Island.

He was taken in by the Vancouver Aquarium where he is receiving round-the-clock care at their Marine Mammal Rescue Center. They believe the pup is between two and four weeks old. 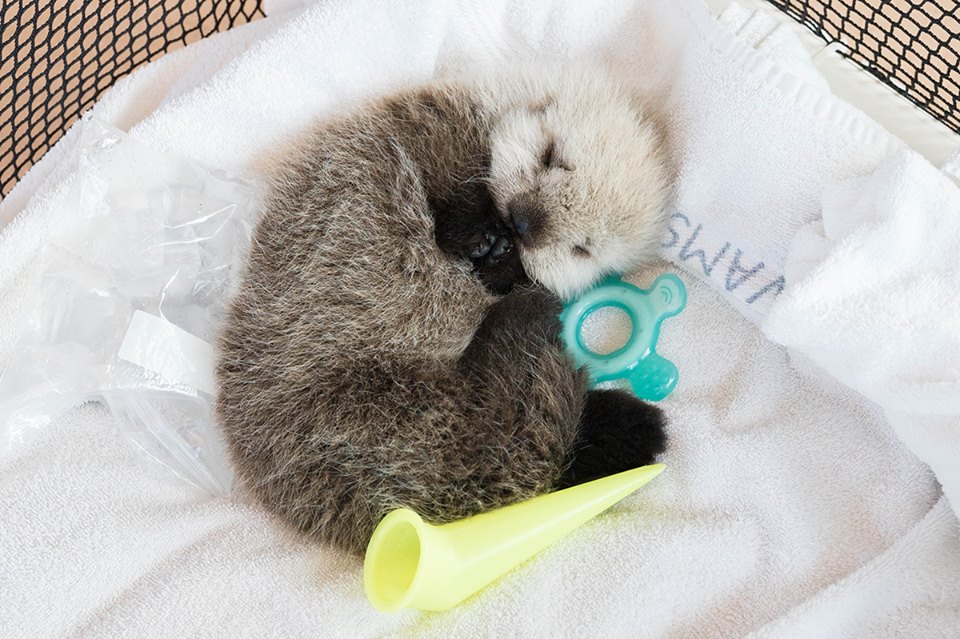 Thankfully, the otter pup seemed to be healthy, but it’s not good for any animal to be separated from their mother at such a young age, so he required special care. 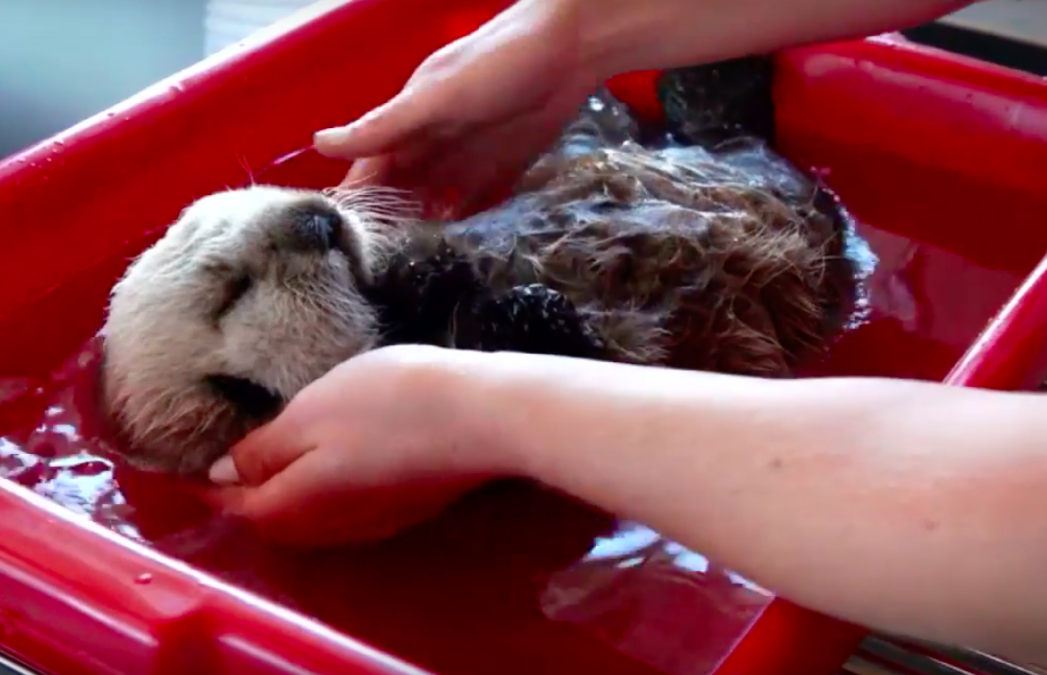 “Sea otters have high energetic needs. After birth they spend about six months with mom, nursing, being groomed by her and learning to forage and be a sea otter, so this little guy is still a fully dependent pup. He would not survive on his own, and we’re providing him with the care he needs right now,” Lindsaye Akhurst, manager of the Vancouver Aquarium Marine Mammal Rescue Centre said in a written statement. 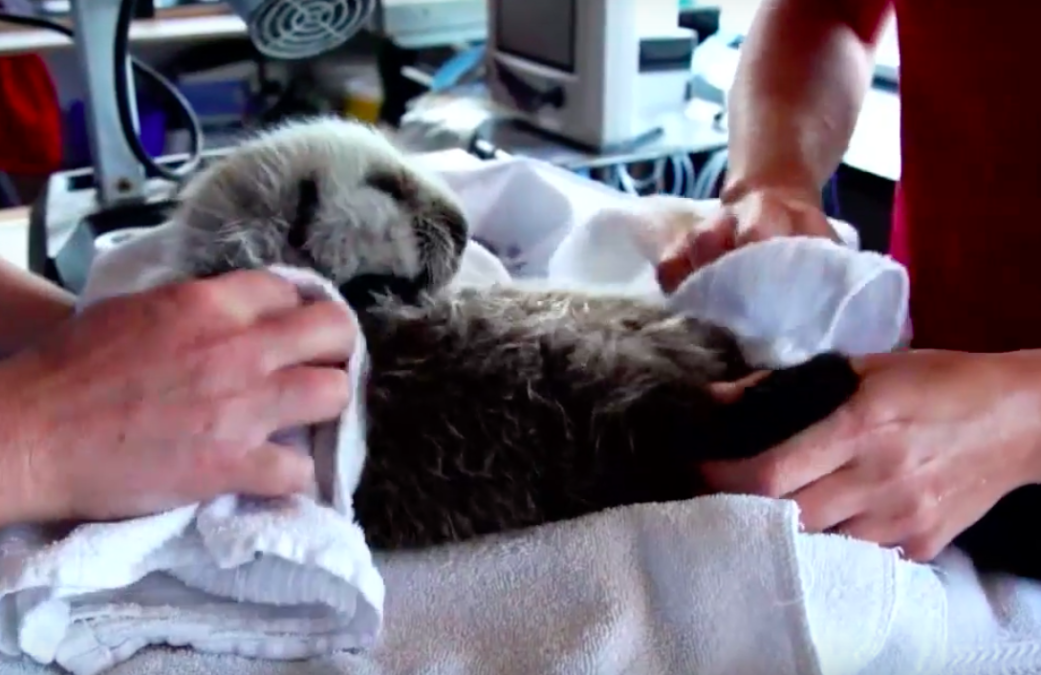 Vancouver Aquarium stresses the importance of reporting a distressed animal first rather than taking it from the ocean. While these boaters had good intentions, it could just make the situation worse, and it first has to be determined if the mother is anywhere nearby.

According to Fisheries and Oceans Canada, touching or taking wild marine mammals is illegal in Canada. If you see an animal in distress, make sure to alert experts first. 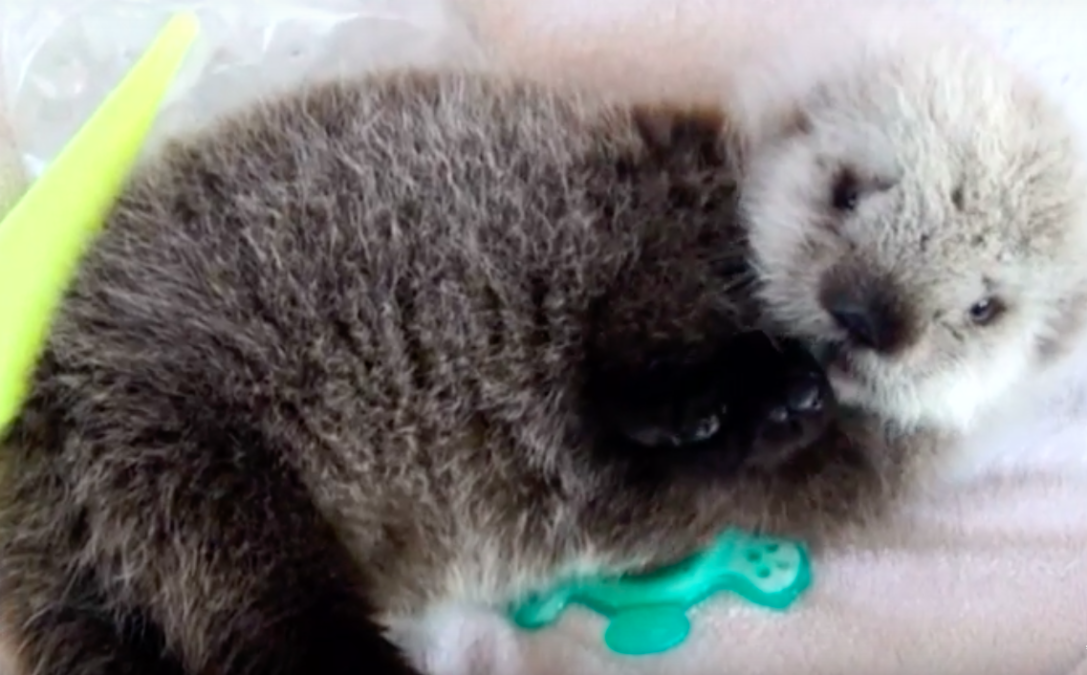 Thankfully this little otter is getting his second chance at life and will get to grow up big and strong with the other otters at Vancouver Aquarium.