A vessel named Gulf Livestock 1 left New Zealand carrying nearly 6,000 cows and 43 crew members, but never arrived at its destination – China. The ship capsized off Japan killing all but two crew members. As officials investigate the case, all live cattle exports have been temporarily suspended in New Zealand.

Rescue teams arrived after a distress call was placed and found only two crew members alive. Carcasses of dozens of cows were seen floating in the water as rescuers searched for more survivors. After extensively searching the area, rescuers called off the search as a typhoon approached. Everyone else onboard, including all the cows, are presumed dead. 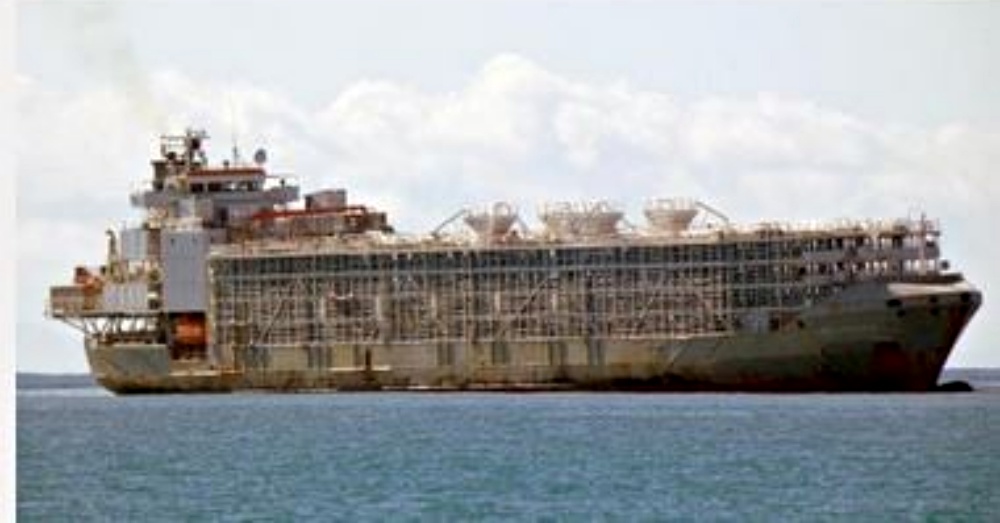 Animal activists say this tragic incident shows that live export is dangerous for both animals and humans and needs to be permanently banned.

The cows were reportedly being shipped for breeding not slaughter and SAFE, an animal welfare organization in New Zealand, said many were likely pregnant. 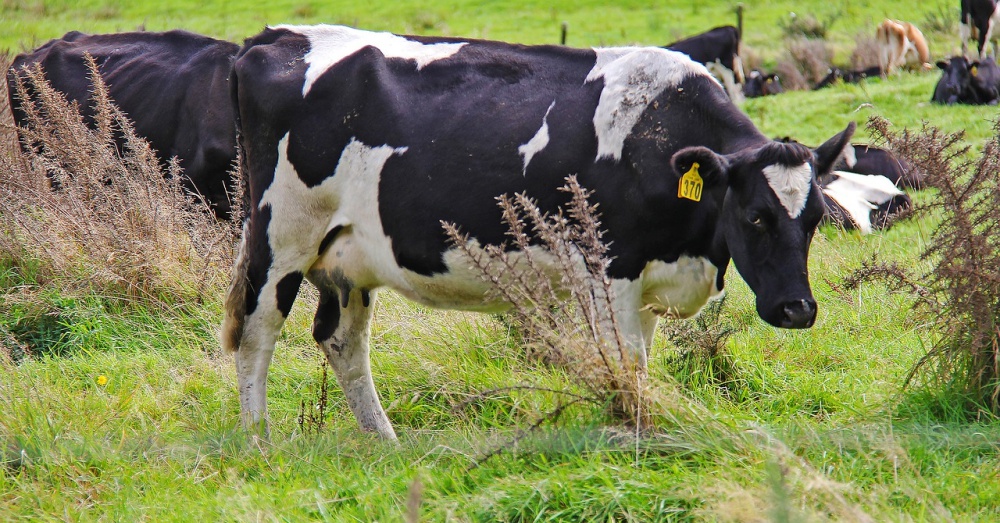 “This ship has a history of mechanical breakdowns, and pictures of the appalling conditions for the animals onboard have been published by the media. These cows should never have been at sea,” said the organization. 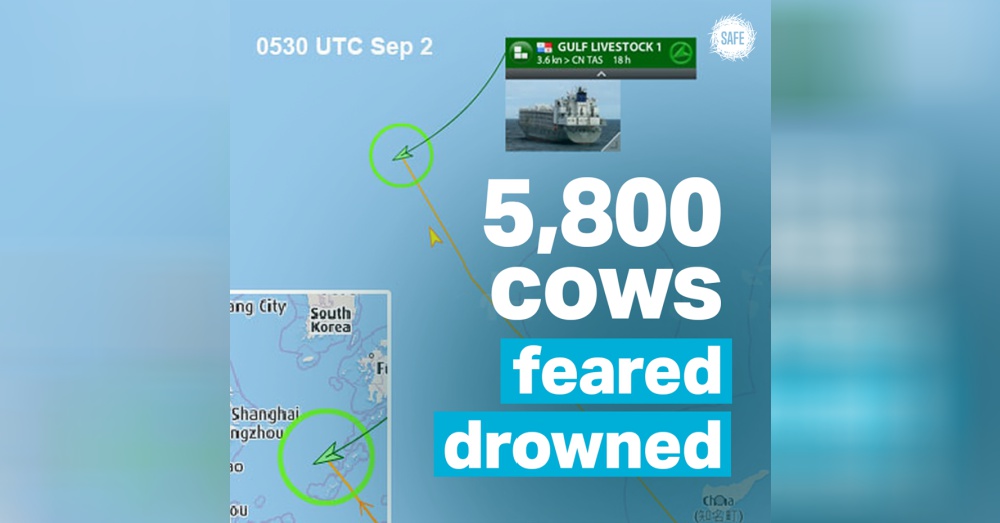 “Cows exported alive from New Zealand are forced to endure weeks of travel in small pens, where the floor soon becomes covered in excrement. In these unnatural conditions they can be thrown around, especially in rough weather. This is stressful and puts these animals at risk of injury. The majority of animals exported from New Zealand will arrive in countries with lower animal welfare standards than New Zealand, or none at all,” states SAFE. 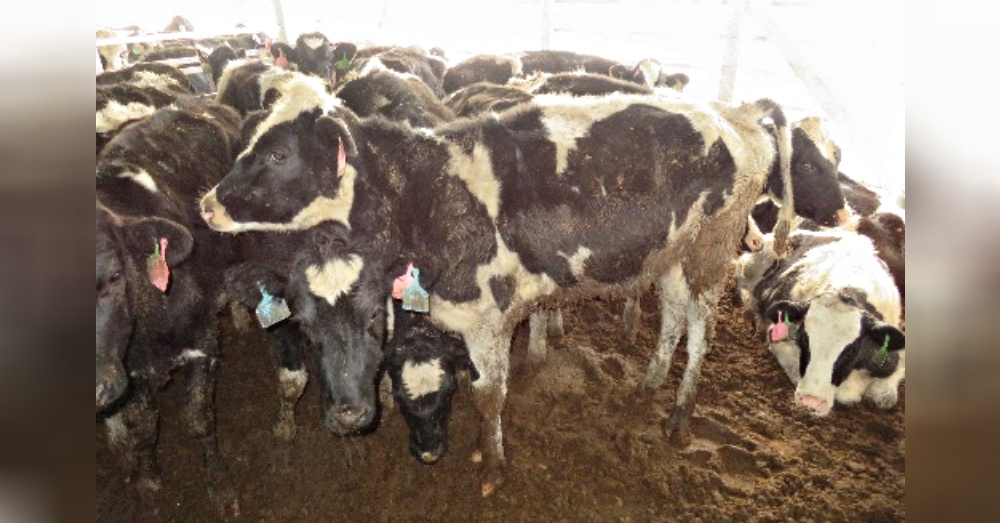 SAFE has joined with other animal groups to urge Labour leader Jacinda Ardern “to extend her kindness to animals with a total ban on live export.” They sent her a letter and started an international campaign to permanently end live export. Tens of thousands have joined the virtual protest and are taking a stand for the sentient animals.

One Kiwi farmer spoke out against live export, “You start seeing some fairly appalling images of what’s happened on other ships and on reflection you think, do I really want to be doing this?” 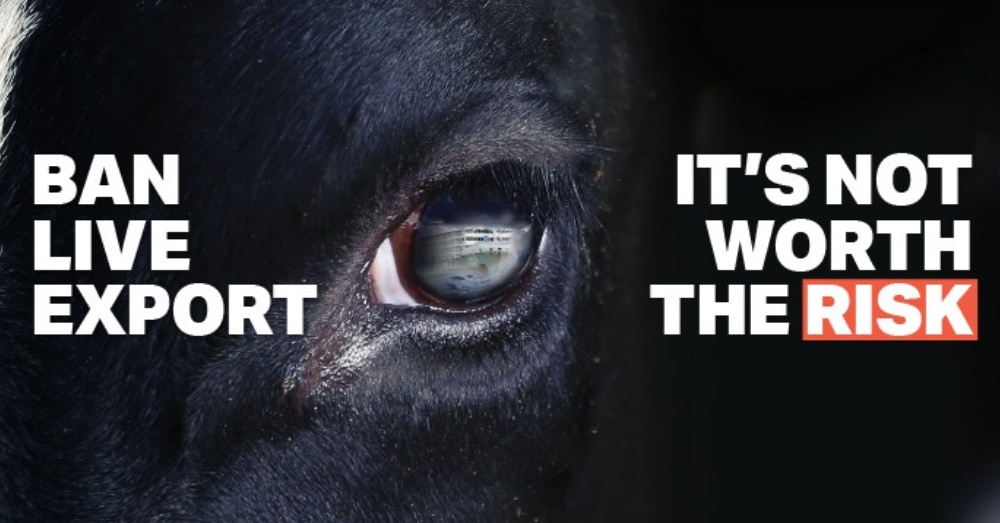 This was not the first fatal incident with live export and won’t be the last until the cruel act is permanently banned. Be a voice for the voiceless by joining the protests and doing the actions listed here.

Every single one of their lives mattered, cows included.