Hundreds of thousands of birds have suddenly dropped dead in New Mexico and scientists are scrambling to find out why.

Warblers, sparrows, swallows, blackbirds, flycatchers and western wood pewees once filled the skies above the U.S. Army White Sands Missile Range and White Sands National Monument in Las Cruces. The migratory birds passed over the site on their quest for food and a comfortable place to roost.

Until one day they dropped out of the sky.

“It is terribly frightening. We’ve never seen anything like this,” Martha Desmond, a professor at the New Mexico State University’s Department of Fish, Wildlife and Conservation Ecology, told the Las Cruces Sun-News. 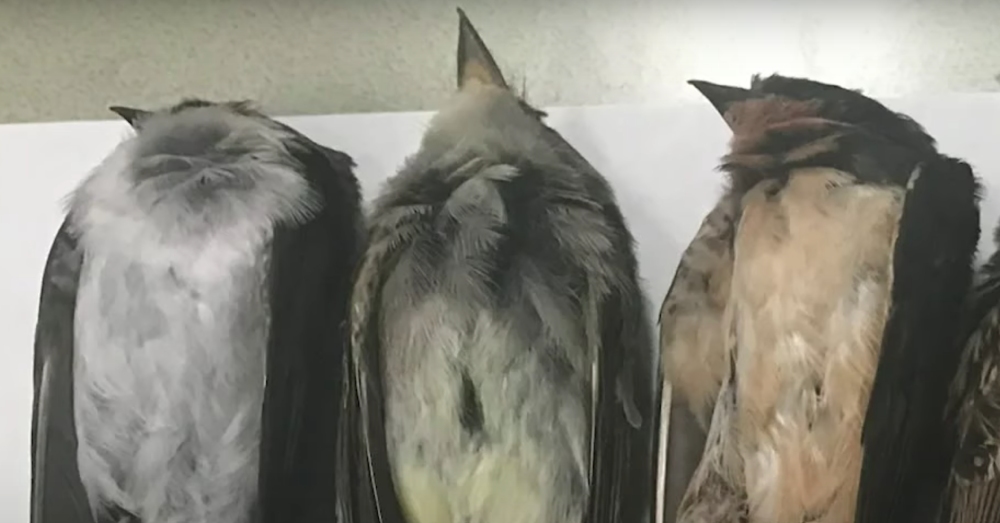 Biologists at the university are still puzzled as to what killed the birds. The carcasses were first discovered on Aug. 20, CNN reports, first near the White Sands facility, then in areas all over the state.

The staggering count of corpses would seemingly point back to a traceable event, but what? 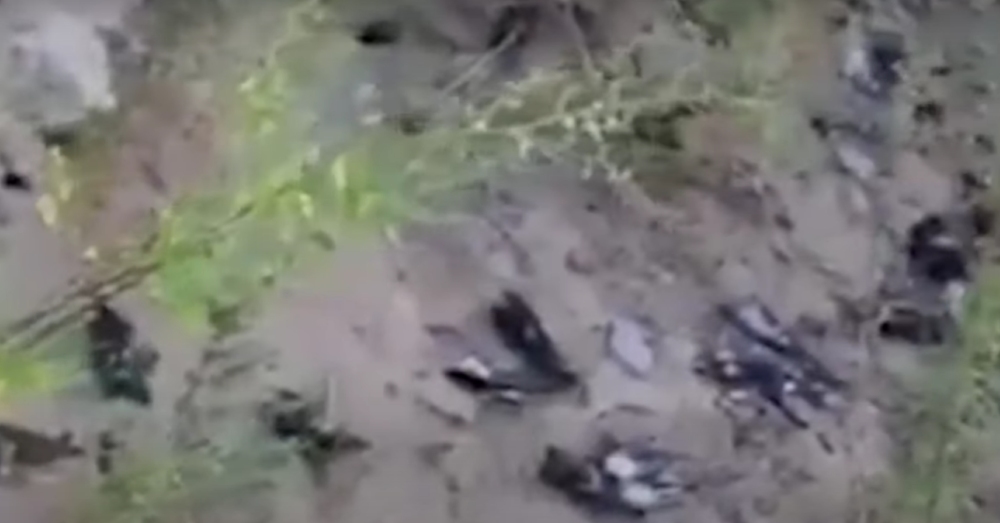 Source: YouTube/KVIA ABC-7
Biologists are still puzzled as to what killed the birds.

“The number is in the six figures,” Desmond said. “Just by looking at the scope of what we’re seeing, we know this is a very large event, hundreds of thousands and maybe even millions of dead birds, and we’re looking at the higher end of that.”

Moreover, many of the species killed in this incident were dwindling.

The Disappearance of Birds in North America

A study published in the journal Science found that the current total of birds in the United States and Canada is 2.9 billion birds less than the toral in 1970. We’ve lost nearly 3 billion birds in 50 years.

To the National Audubon Society, one of the foremost avian conservation organizations in the U.S., the findings are nothing less than a “full-blown crisis.”

“Declines in your common sparrow or other little brown bird may not receive the same attention as historic losses of bald eagles or sandhill cranes, but they are going to have much more of an impact,” said Hillary Young, a conservation biologist at the University of California, Santa Barbara, who was not involved in the new research.

These birds function as nature’s pest control, they spread the seeds of native trees, and they pollinate flowers. Living without the benefit of birds would make for an entirely different world, a world that may soon become a reality in New Mexico if the cause of the recent die-off is not discovered.

“A number of these species are already in trouble. They are already experiencing huge population declines and then to have a traumatic event like this is – it’s devastating,” Desmond said. 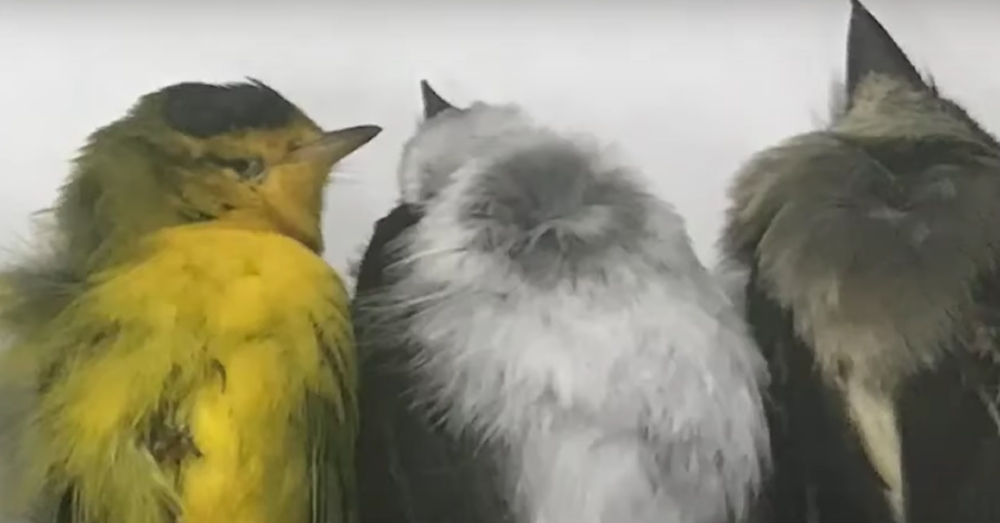 Why are millions of birds dying?

According to CNN, La Cruces residents and biologists noted that birds seemed to be acting out of sorts before the incident. Many had come down from trees and shrubs to chase prey on the ground, or simply sat still, oblivious to approaching humans. Others were too “lethargic and unresponsive” to avoid dangers like oncoming automobiles.

One possible explanation is wildfires along the west coast. The fires could have hurried the birds out of their nests before they had time to store the energy needed to make the trip possible.

“Birds who migrated before they were ready because of the weather might have not had enough fat to survive,” Desmond said. “Some birds might have not even had the reserves to start migrating so they died in place.” 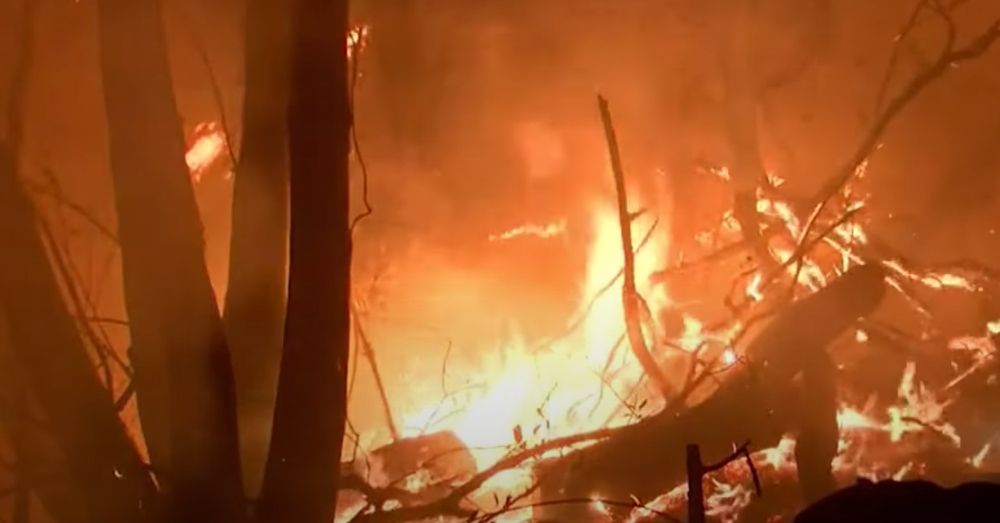 Source: YouTube/KVIA ABC-7
It’s possible that wildfires and smoke inhalation may have led to some of the bird deaths.

Damaged respiratory systems from smoke inhalation could have also led to some bird deaths.

“We began seeing isolated mortalities in August, so something else has been going on aside from the weather events and we don’t know what it is. So that in itself is really troubling,” Desmond said.

Biologists expect it will take weeks for samples to be run through tests at the US Fish and Wildlife Service Forensics Laboratory in Oregon. Tragically, the answers they seek may not come early enough to protect more birds from the same fate.

“This is devastating. Climate charge is playing a role in this.” Desmond said. “We lost 3 billion birds in the US since 1970 and we’ve also seen a tremendous decline in insects, so an event like this is terrifying to these populations and it’s devastating to see.”