When their beloved cat, Ghost, wandered away from his home, his family was distraught. Owner Kirsten Miceli and her daughters papered their San Diego neighborhood with missing cat fliers, but 3 long months passed without any news of their wayward feline.

Then one day, Miceli got a very unexpected tip from a neighbor. “They were saying, ‘They’re looking for the cat! They’re looking for the cat,’ and we thought maybe they were referring to the flyers,” the woman told Fox 5, recalling how she overheard her neighbors speaking inside their house as she posted missing cat fliers nearby. “Turns out they had our cat this whole time.” 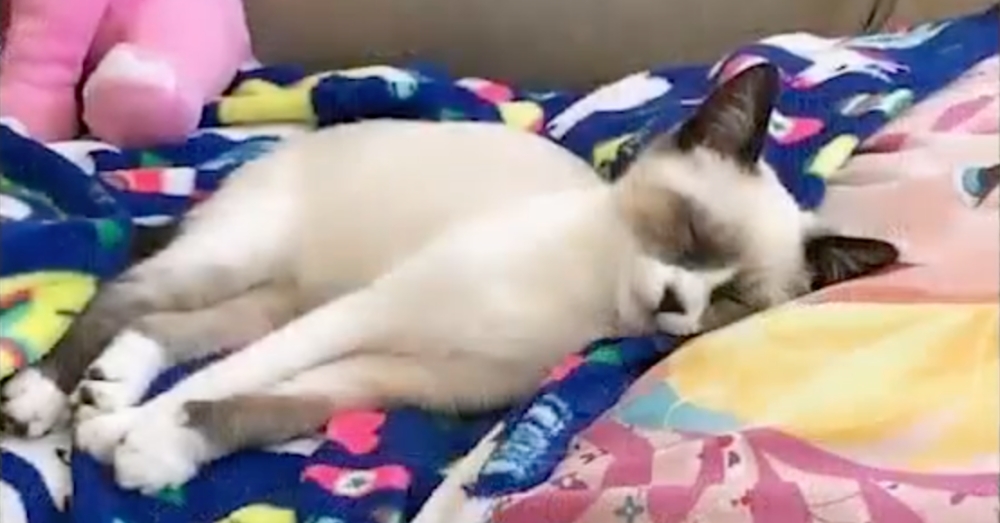 This shocking twist was confirmed when a different neighbor saw Ghost sitting in that man’s window. But when Kristen knocked on his door to ask for her missing cat, the neighbor simply refused to give Ghost back.

“We got this cat during the pandemic — during the start of the pandemic —and he brought so much joy to our family,” Miceli told Fox 5. “I showed (the man who has Ghost) pictures of the cat. I explained (my daughters’) deep suffering from losing our family member.” But the neighbor apparently remained unmoved, she said. “He’s like. ‘Oh wow, that cat came here months ago and we’re super attached to him, and we’re not going to give him back.’” 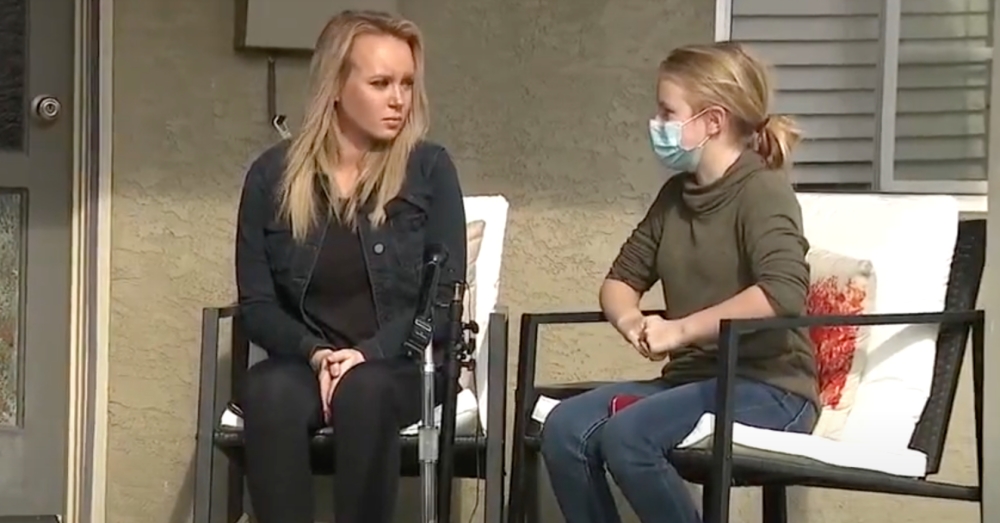 As her repeated appeals fell on deaf ears, Ghost’s frustrated owner called the police. “He said, ‘Go ahead, write me up. I don’t care,’ Miceli recalled the neighbor telling officers at the scene. “So the cops wrote him a citation for petty theft,” she said. “We have a court date for February 7.”

But although the neighbor insisted he was “super attached” to Ghost, he later told reporters a much different story. “I took in a cat two-and-a-half months ago and fed it,” the unnamed man told reporters through his window. “That cat comes and goes. I do not care that much about it. The police agreed with me and told her to leave and said we would deal with this in the courts,” he said, countering that Miceli had turned up at his house “banging, yelling, screaming about some cat that was stolen.” 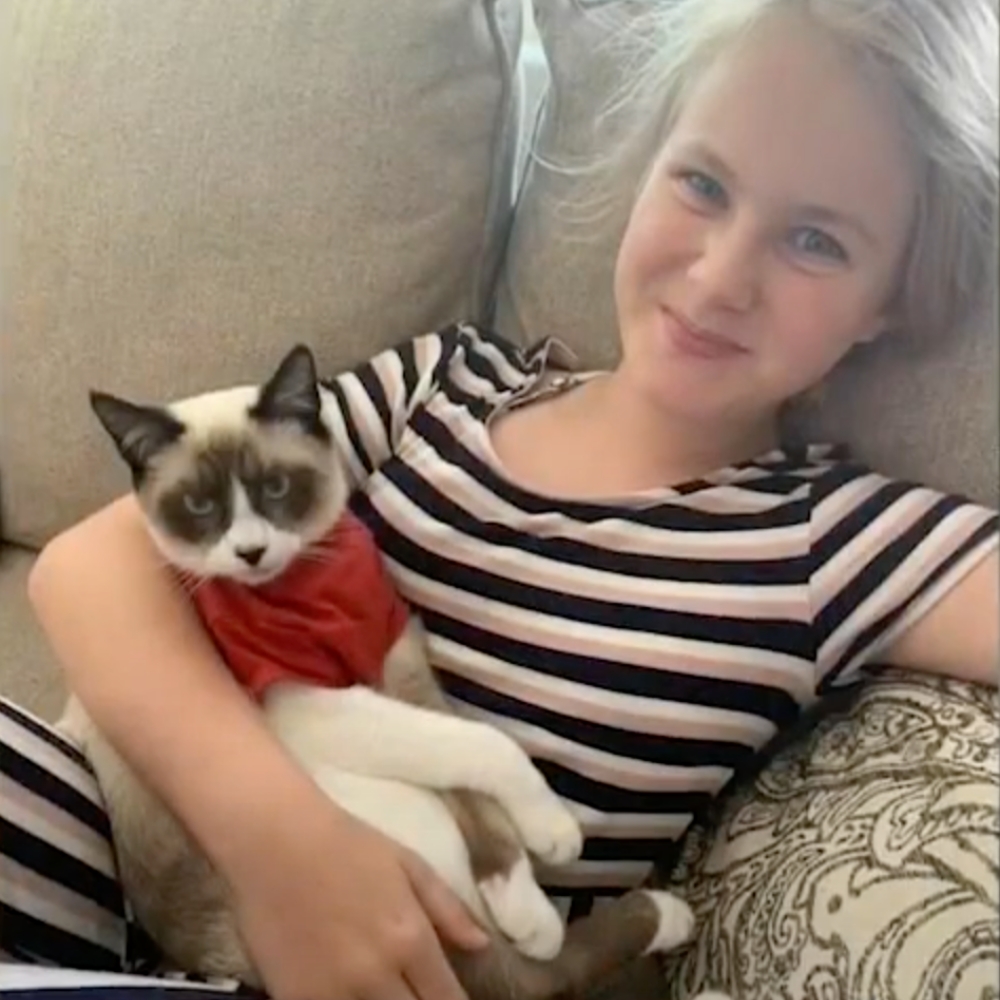 This is certainly news to Maceli, who also said her neighbor also yelled obscenities at her fiancé, even though he was holding their newborn as he tried to negotiate the family cat’s safe return.

“He screamed at (my fiancé) and said, ‘You’re lucky to be holding that baby right now or else I would beat you up,’ and then called him a few names and told him to get the hell off his porch!” said Miceli, whose partner had offered to reimburse the man for pet food and get him another cat. 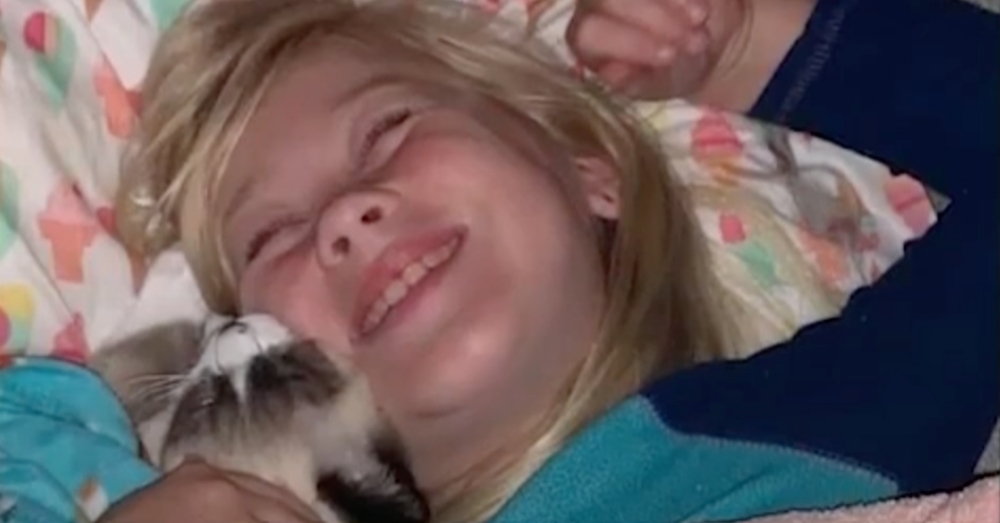 But regardless of what happens in court, most of the neighborhood has already decided where Ghost belongs. According to Fox 5, dozens of neighbors have gathered outside the man’s house clapping and chanting, “Let Ghost go! Let Ghost go!”

The neighbor’s landlord also texted Maceli to say his tenant isn’t allowed to have pets on his rental property, which has apparently caused the neighbor to re-think his claims on the stolen cat. We can only hope this difficult man brings Ghost back to his rightful home and apologizes for all the pain he’s caused this poor family. After being such a bad neighbor, it’s really the very least he can do! What would you do in this situation?

Find out more about this strange saga in the video below!