When a US army veteran checked his mail, he certainly didn’t expect to find an anonymous note informing him that his missing dog was dead. But that’s exactly what happened to Chad Stricker, a Mississippi veteran who’d just spent the past week searching for his 10-month-old wolfhound, Nymeria.

“Im sorry to inform you that your dog was shot and killed Saturday night while digging through my garbage,” this cruel person wrote in a typewritten letter. “It did not suffer and I did not take pleasure in killing it. There is a county leash law which you should abide by so that I do not have to kill any more of your pets.” The dog’s collar and tags were also tucked inside the mailbox. 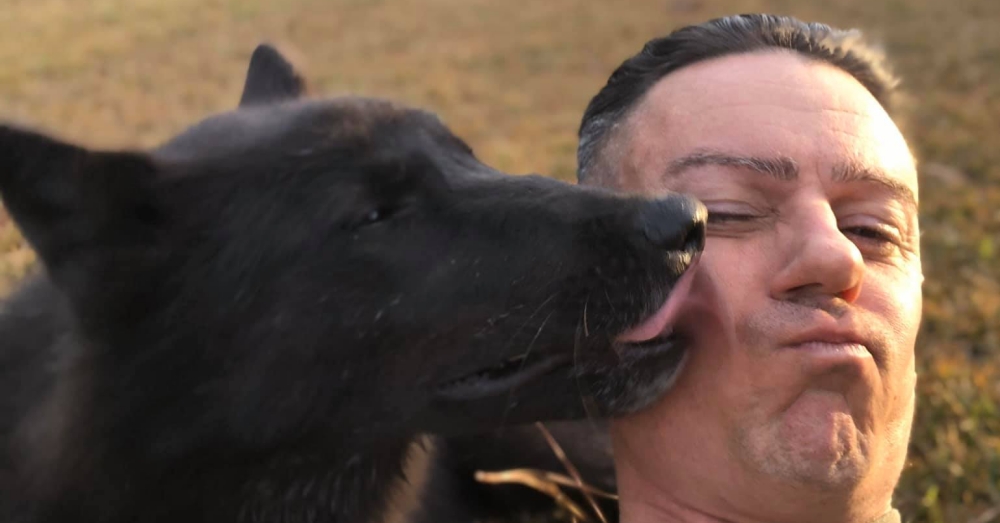 “I was sick to my stomach,” Sticker told the Biloxi Sun Herald. “To think that someone killed her while we had been out looking for her, for digging in the garbage … An animal is not worth more than your trash or the time to make a phone call?”

According to Mississippi law, this unknown neighbor was within his or her rights to shoot Nymeria once the unleashed animal trespassed onto his/her property, but Stricker and others argue that such lethal punishment doesn’t fit the “crime.” 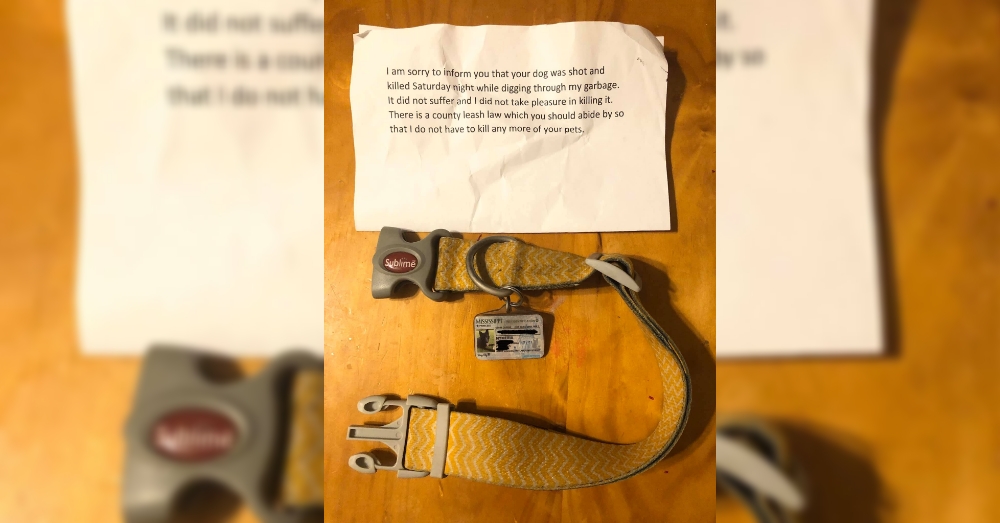 “Unfortunately we see that a lot,” Elizabeth Treadaway, the director of a local animal shelter, told the newspaper. “This dog lost its life over an invisible line it can’t see. As soon as an animal goes onto someone else’s property, that leash law goes into effect. But just because it’s law, doesn’t make it right what this person did.”

Meanwhile, Sticker – describing his late pooch as “the sweetest dog” – is furious that one of his neighbors could have committed such a callous betrayal. “It’s sad to think I have a neighbor of your moral character living so close to me that would do this,” the heartbroken veteran wrote on Facebook. “Do I hate you, no, I pity the person you are and those who have to tolerate you.” 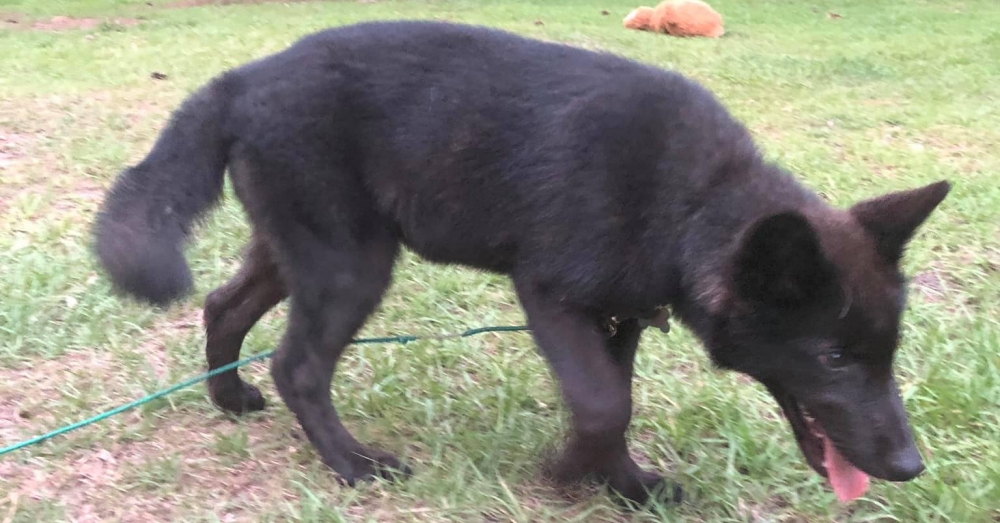 The veteran also asked that this person at least have the decency to return Nymeria’s body (or at least let him know where it’s located) so he can give his “baby” a proper burial. “I hope you feel good about your actions as they reflect the type of person you really are,” the veteran sadly continued. “I pray one day you come to realize what you have done and teach those in your household to be better.” We couldn’t agree more!