After Years Of Neglect, Rescued Dog Who Gnawed Off Her Own Leg Finally Gets Second Chance At Life

When rescuers first came across Zoe, they initially suspected the senior dog’s front leg may have been blown off by a shotgun. But upon further inspection, they realized the situation was actually far grimmer. Upon finding bones in her stomach, medics concluded the 9-year-old dog had chewed off her own leg to relieve a painful tumor after being chained up alone outside.

But finally, after years of neglect and suffering, it appears the dog’s hard-knock life has finally taken a positive turn. Rescuers at the Susquehanna SPCA report that Zoe — who remained a sweet, loving patient despite a lifetime of neglect and cruelty at human hands — has made incredible progress AND met a foster/adoptive family. 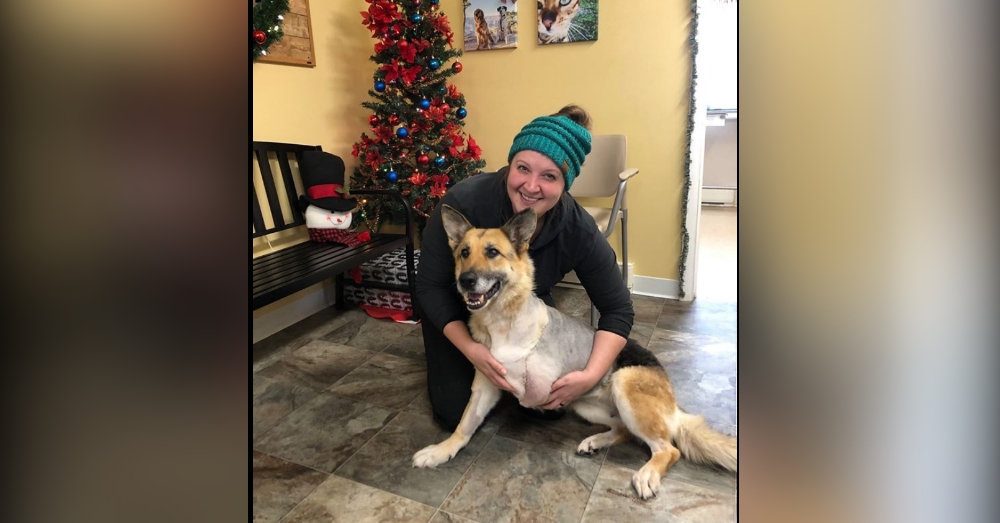 “Hard to believe this is the same dog that was rescued exactly three weeks ago!” rescuers wrote on Facebook. “She is seen here today post stitches removal in her holiday best and with her veterinarian, Dr. Christine Schneider.”

Moreover, the 11-pound mass on the dog’s leg turned out to be benign, which also bodes well for her long-term recovery. The vet also amputated the rest of Zoe’s mangled front leg, but the sprightly senior seems to have already adapted to life as a tripod.

“She is so resilient,” Haynes told NYup.com. “Even before the surgery, she was getting around, albeit in a lot of pain. After the mass was removed, she feels like a new woman. “We’re trying to keep her calm until she gets her stitches out, but she wants to play and run.” 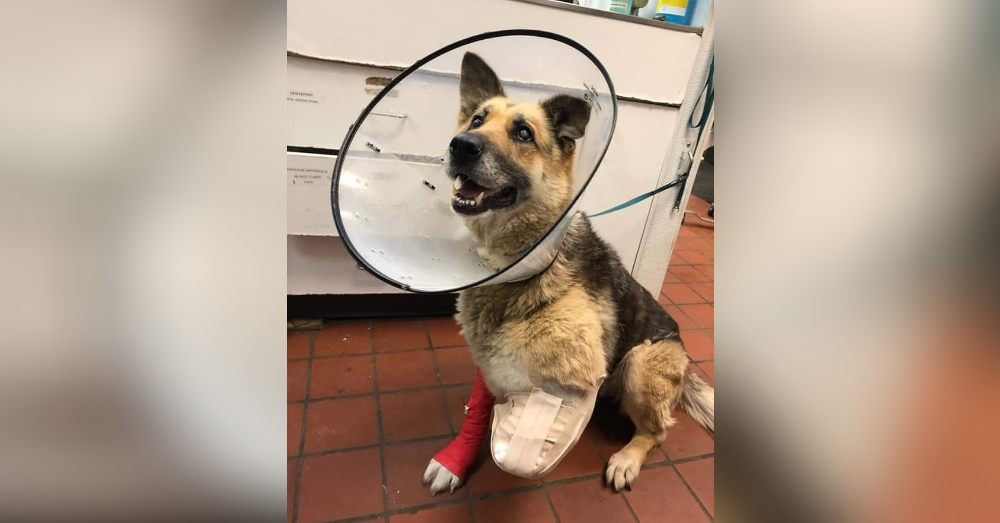 Just as importantly, Zoe already found an adoptive home where she can live out her twilight years! After her surgery, Zoe was sent to recover at a sanctuary for rescued animals in upstate New York.

While she was there, this long-suffering patient managed to charm the sanctuary’s owner, a retired farmer who already agreed to bring the pooch on as a permanent resident and shower the dog with love and attention. “She can now live out her life being spoiled on the farm,” Haynes said. 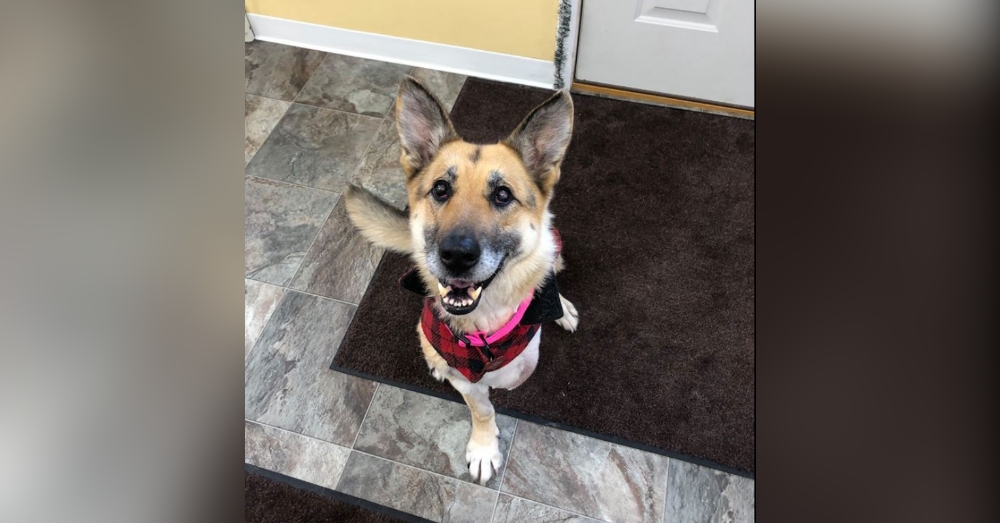 Regardless, we’d like to join the Susquehanna SPCA in thanking everyone involved in giving Zoe a second chance. “This amazing dog’s miracle was made possible thanks to her hero UPS Driver, Mark McGee, the New York State Police, our partners on the Otsego County Animal Cruelty Task Force, Dr. Christine Schneider/Heritage Veterinary Clinic, Dr. Joan Puritz/Oneonta Veterinary Hospital, Anita Vitullo/Staffworks, Cornell University Companion Animal Hospital and YOU, the kind, generous supporters of this organization,” rescuers wrote. “Your thoughts, prayers, and donations made ALL the difference for this beautiful lady.”