Gobo Fraggle, a 5-year-old cat, was rescued from a hoarding case with many other neglected animals. Gobo’s nails were so long they were growing into his pads. All of his fur was knotted and matted to his skin. Luckily, he was rescued and would finally receive the care he needed.

Purrfect Pals, a cat rescue in Arlington, Washington, stepped up and took 15 of the 24 cats to rehabilitate. Gobo was one of the lucky cats. The team’s first priority was medical attention. 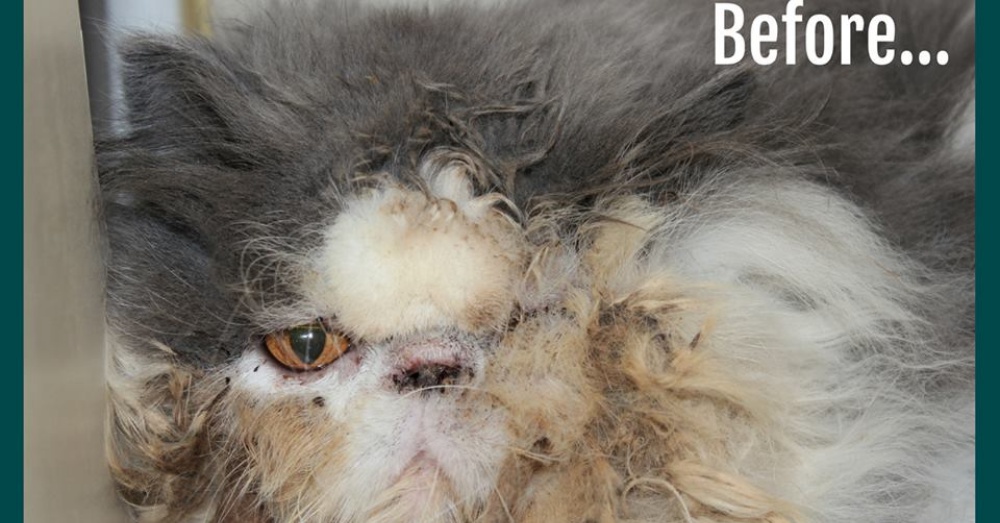 “None were spayed or neutered before going to the shelter. The cats are scared to death, covered in sores, horribly matted and suffering from upper respiratory infections among other things,” Purrfect Pals tells Love Meow.

The staff gently and slowly started to examine the cats. Gobo needed a complete makeover. Staff members started to shave the matted hair off the sweet cat. Gobo was shy as first, but warmed up when he realized the staff was there to help. “He was matted everywhere, including between his toes, and his nails were so long that they had grown into his paw pads,” states Purrfect Pals. 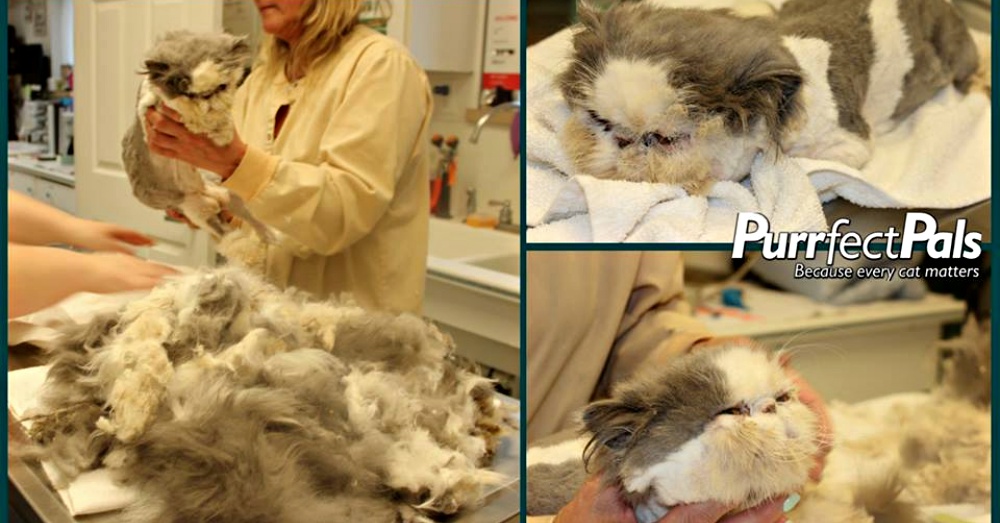 After two hours, the team removed a pound of matted fur! He can now enjoy a good head rub and body scratch. Although he looks grumpy in the photos, he is a sweet cat that is slowly coming out of his shell.

“This has to be one of the most amazing makeovers we’ve given at Purrfect Pals!” 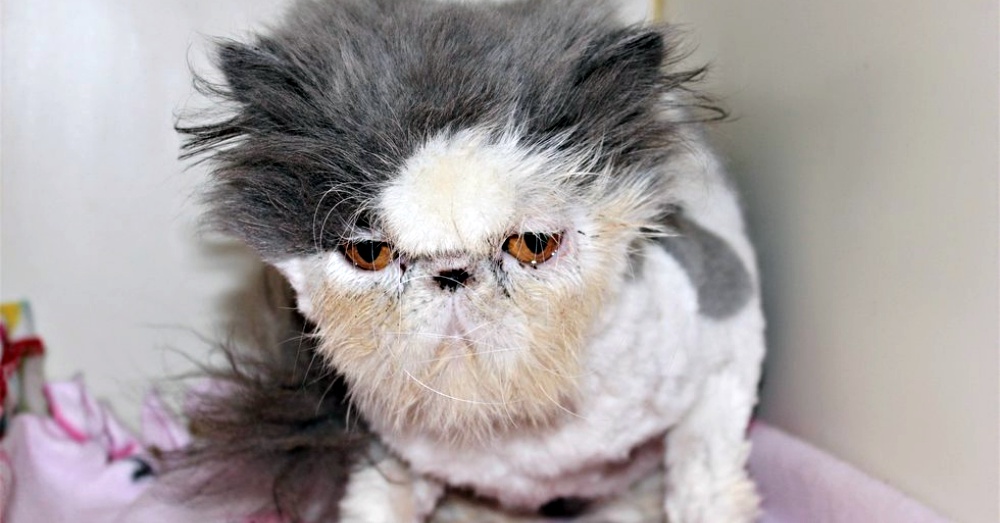 The cats still have a long road of recovery ahead of them, but eventually they will all be up for adoption to loving homes. For now they are surrounded with love by the staff.

Click ‘next’ to read about a cat that walked 12 miles back to a family who did not want him anymore.