Unlike Most Cats, This One-Eyed Kitty Has A Profound Love For The Ocean!

Many cats despise the water, which means they would certainly hate the ocean. Nankuli the year-and-a-half old cat, known has Kuli, from Honolulu Hawaii, not only loves the ocean, but also surfs in it! His humans, Krista Littleton and Alexandra Gomez, adopted the one-eyed kitty when he was just six months old. He was rescued from the streets where he was found malnourished with a horrible infection in one of his eyes, which had to be removed. 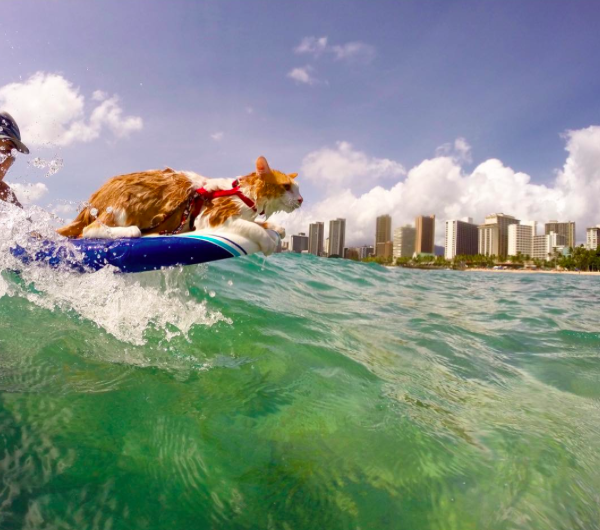 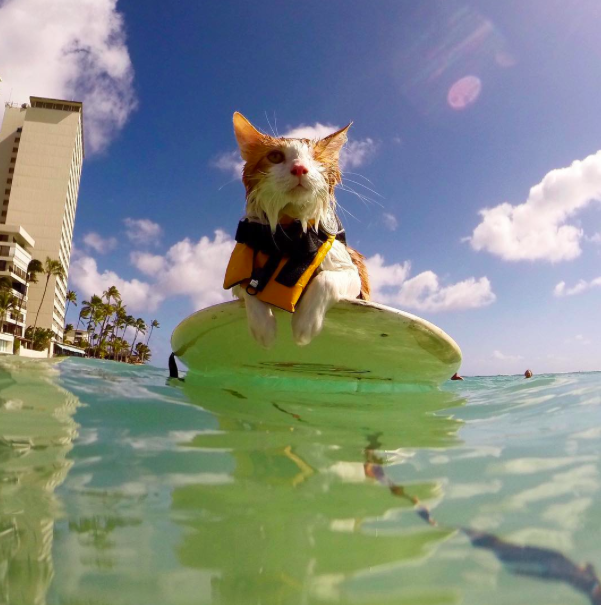 Because of his health issues, Kuli was frequently bathed as a kitten, which is why they think he has no fear of the ocean water. Once he was healed, his humans began taking him for walks and then to the beach to learn to swim and surf. He wore a cute little life jacket and went from surfing on their longboards with them to a boogie board of his own. Watch this little guy go…he’s such an amazing little kitty! You can follow Kuli’s journey on his Instagram page!