Abandoned By Her Owners, This Senior Pit Bull With No Ears Found Herself A New Mom!

Nana is an adorable pit bull that has a thing for pens. Yes, you did read that right! No matter the situation, Nana will jump at the chance to play with a pen despite having a plethora of toys at her disposal. When her owner tries to dangle a stuffed hippo toy in front of her, it’s as if she could care less, but put a pen in front of her and she is on the move. It’s absolutely adorable to see. 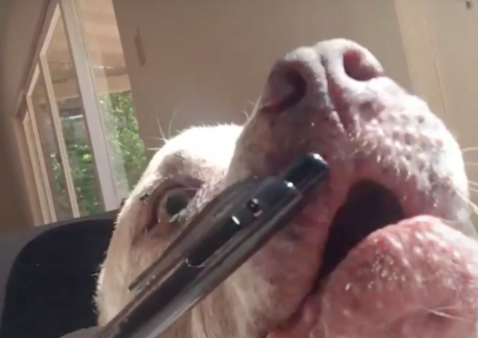 But Nana wasn’t always the carefree pooch she is now. Before being adopted by her new mom Stephanie, Nana had been left at a shelter by her previous owners. Before abandoning her, her owners had bred her for puppies at least a dozen times, if not more! When she arrived at the shelter, her ears were badly injured. It is assumed that her prior owners had something to do with that as well because it looked like they had either tried to crop her ears themselves or went to a non-reputable source. The ears became so badly infected that she wound up with little to no ears at all. But that didn’t stop her new mom from providing her with a forever home. 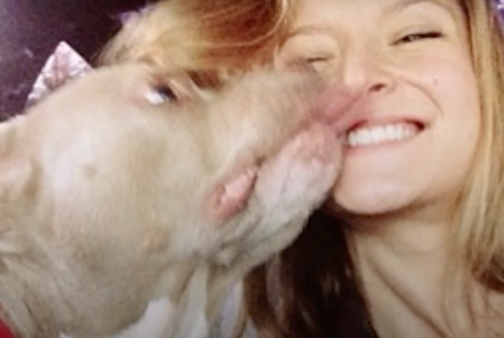 Upon seeing Nana for the first time, Stephanie claims that she just knew she had to take Nana home with her. The two instantly became attached to each other. Stephanie made the decision to provide Nana a new home and hasn’t looked back since! Now Nana lives a happy life filled with love. And when she isn’t lazing about in the sun, Nana is showing the world that senior dogs are just as spunky as puppies!
Share on Facebook
Share on Facebook