The next time you go looking for a postage stamp, keep an eye out for the dogs.

The United States Postal Service is honoring military working dogs with a new series of stamps. German Shepherd, Labrador Retriever, Belgian Malinois and Dutch Shepherd breeds are all featured in the new collection.

“The stylized digital illustrations are in red, white, blue and gold to represent the American flag and patriotism,” the USPS said in a release. “The art was created by DKNG Studios. Art director Greg Breeding designed the stamps.” 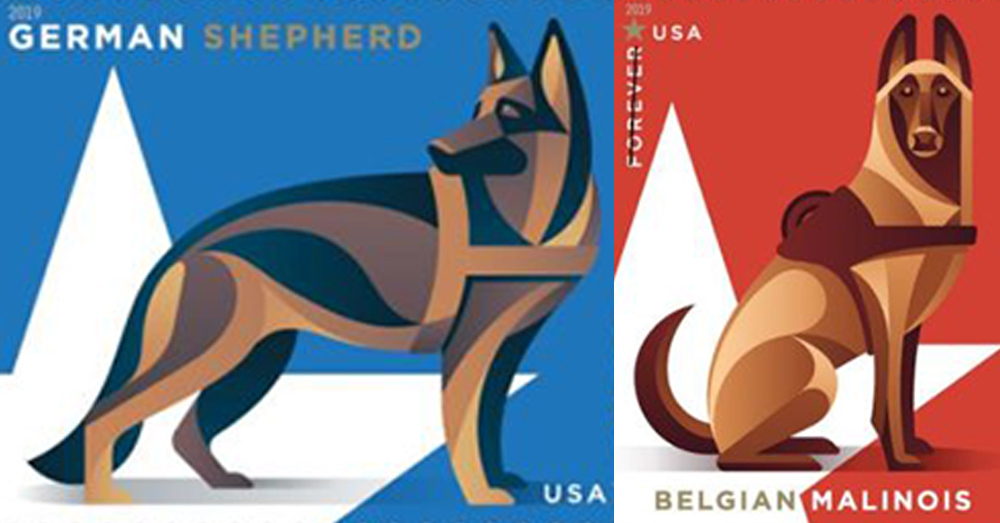 It now costs 55 cents to mail a letter through the USPS. Indeed, the cost of communication has gone up in the last few years, but the postal service is just as dedicated to getting those letters to their destination on time. 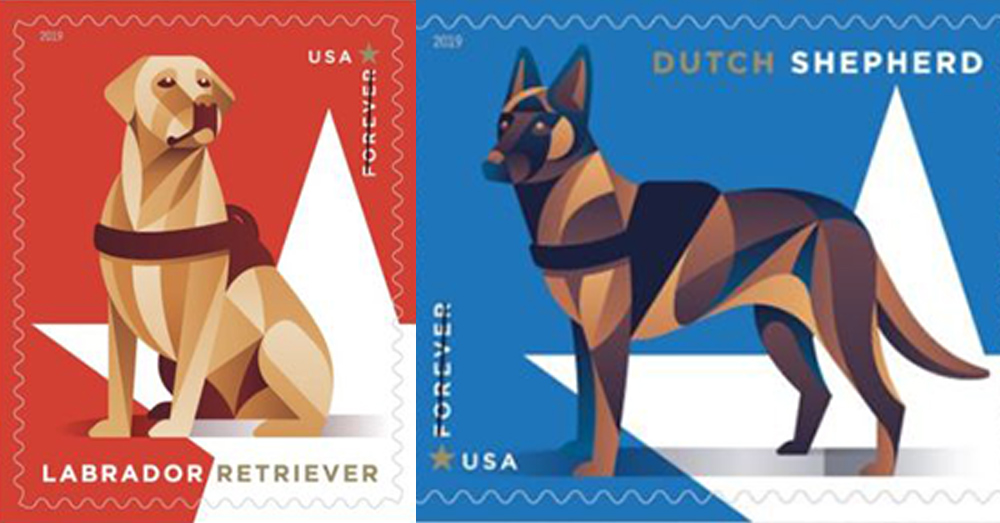 Along with these new MWD stamps, the USPS is issuing four other stamps in 2019, including a star made of red, white and blue ribbon, an oil-on-linen painting of tennis legend Maureen Connolly Brinker, art from artist Ellsworth Kelly, and images of train engines from the transcontinental railroad.

Learn more about the critical role military working dogs play in the video below!