Abused Dog Had His Ear And Tail Cut Off, But The Journey To His New Airport Job Is Incredible!

Murray, a three-year-old Beagle, was rescued about a year ago by Alcovy Pet Rescue, Inc. from the Northeast Georgia Animal Shelter.

He was brought to the shelter with a badly injured tail with half of one of his ears missing. He was malnourished, abused, and socially neglected. 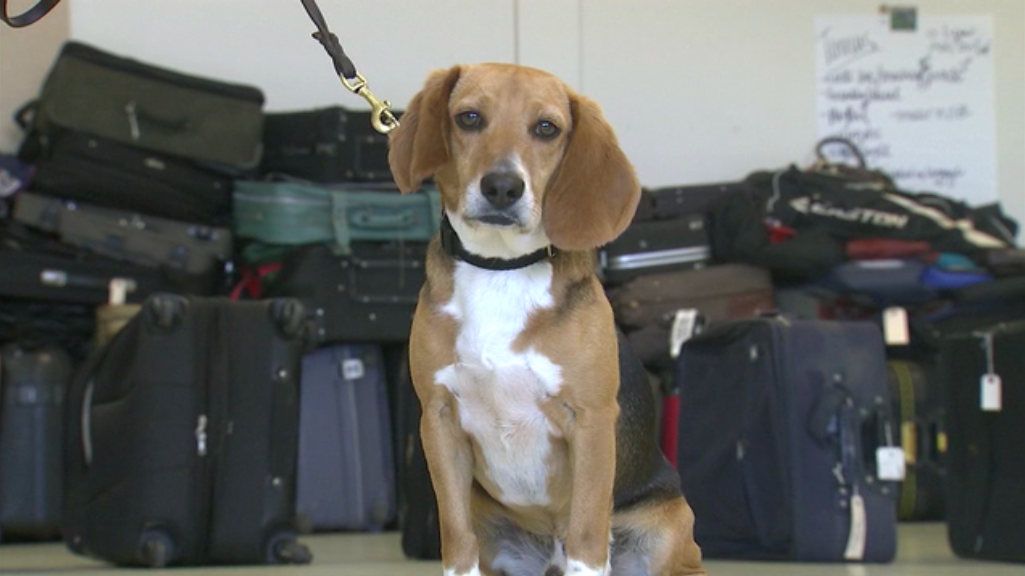 Because of his past, he was scared and shy, which is believed to have been from being stuck in a small cage and not being able to socialize or not being paid attention to.

Most of his tail had to be amputate after he came into the shelter with a band wrapped tightly around it, cutting off circulation. They believe his former owners were trying to dock his tail themselves.

The half of his ear missing remains a mystery; it was either from a dog bite, or could’ve been intentionally cut with a blade, but regardless, his wounds were taken care of. He was given pain medication and put on antibiotics. Then they began him in social training.

They gave him all the attention in the world and socialized him with other animals. Because his injuries were too severe for adoption, that’s when Alcovy Pet Rescue stepped up to help. 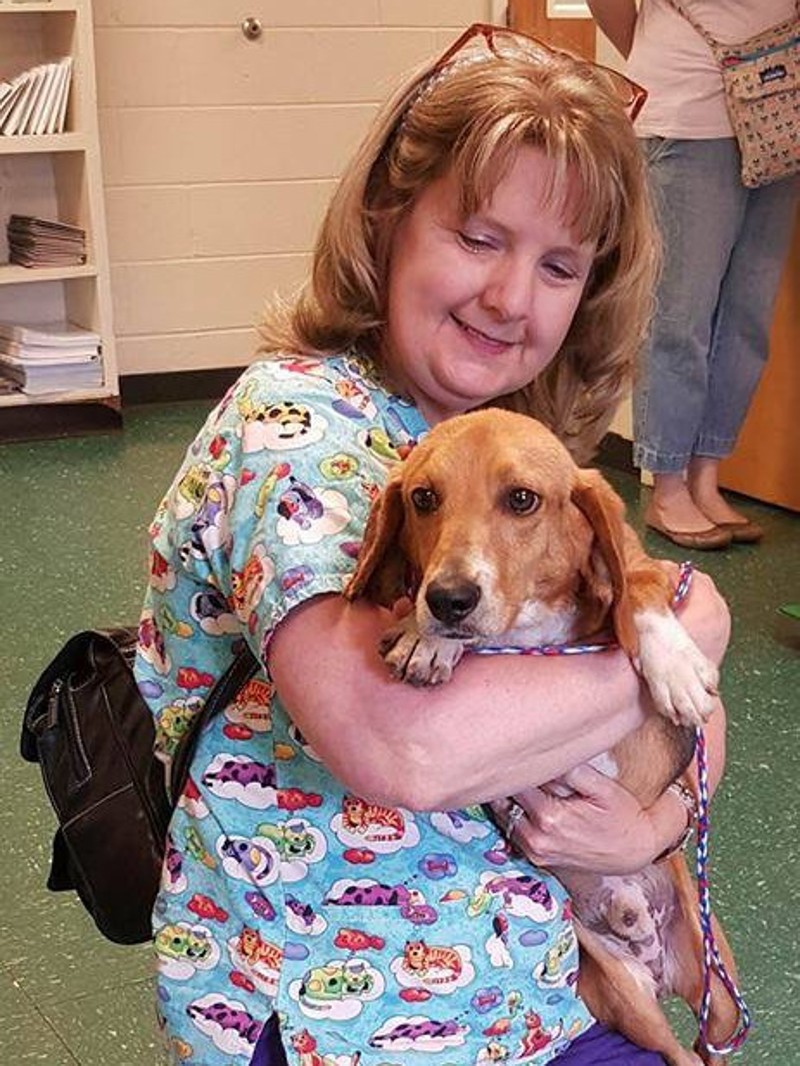 Staff member Claudette Towe took Murray in and fostered him for four weeks through his socialization training and vet trips. While at Towe’s house, he would always get into the cabinets, searching for food. That’s when Towe decided to call Kathleen Warfield, a training specialist at the National Detector Training Center in Newnan. 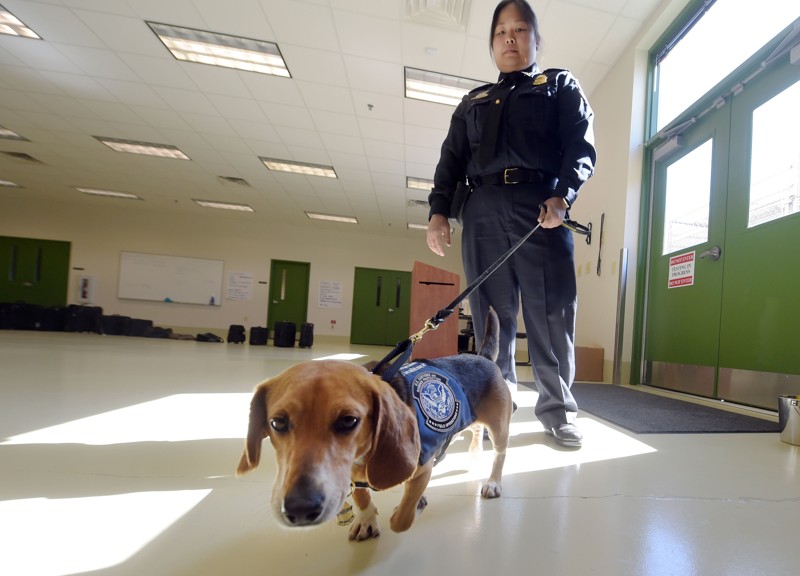