A nest containing about 500 “murder hornets,” including 200 queens, has been located in Washington State.

“We got there just in the nick of time,” said Sven-Erik Spichiger, an entomologist with the state Department of Agriculture. 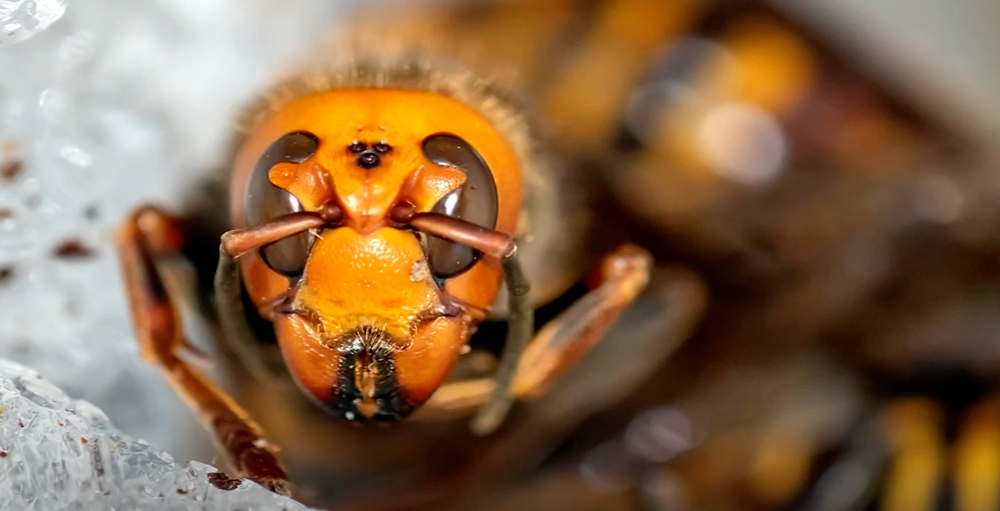 Source: YouTube/9NEWS
Murder hornets have been found in Washington state.

Entomologists found less than 800 cells in an Asian giant hornet nest destroyed in October. Single nests with Asia have been found with as many as 4,000 cells and 800 queens.

Considering the number in this discovery, there is still the possibility that other colonies of the voracious hornets are gathering strength elsewhere in the area.

“We do believe there are additional nests,” Spichiger said at a virtual news conference. “When you see all be it a relatively small nest like this able to pump out 200 queens, it does give one a little bit of pause.” 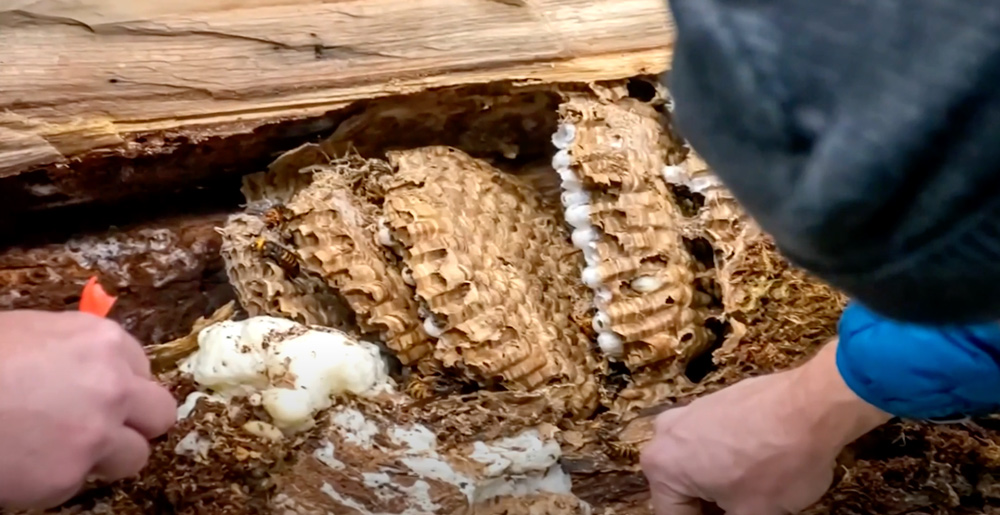 He added that officials believe the hornets have been contained to British Colombia and part of Washington state.

Asian giant hornets are the world’s largest type of hornet and not native to the U.S. Reports of them have been increasing since they were first discovered in Washington in December 2019.  The cold and wet climate of the Pacific northwest is similar to that of parts of China, Japan and South Korea, where the hornets originated.

It’s not clear how the hornets made their way to the U.S., but exterminating them has become an imperative ever since. The insects can grow to 2 inches long, and with just a few of them able to decimate a colony of honeybees in a few hours, pose a serious threat to critical pollinators. 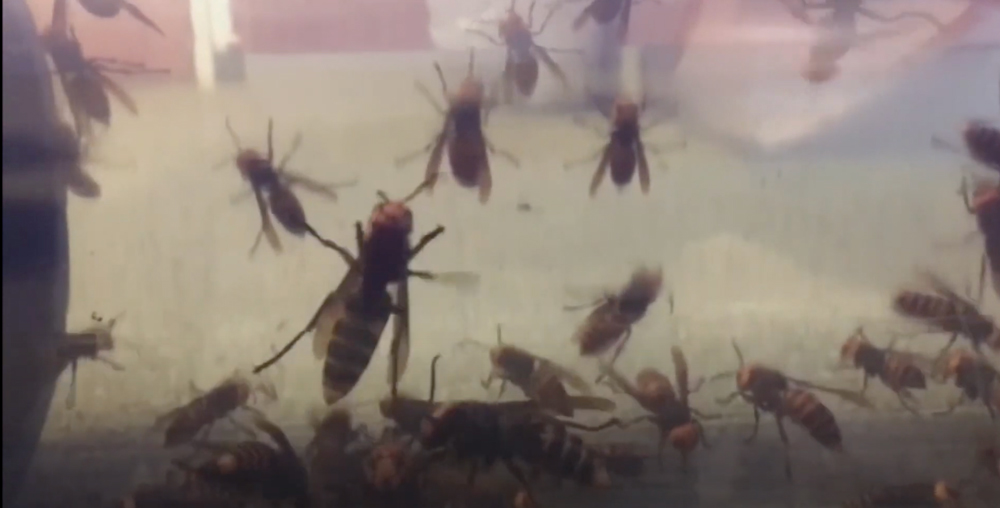 Source: YouTube/9NEWS
These hornets can decimate a honeybee hive in hours.

According to the Post Crescent, Asian giant hornets are venomous and can sting more than once, but they typically do not attack people or pets and are less deadly in honeybees. In Japan, about 50 people a year die from giant hornet stings, which can cause necrosis and lead to organ failure.

“Just like the honeybees, the venom can cause anaphylactic shock, and even with one sting, someone could go into anaphylaxis and stop breathing,” said Michael Draney, an entomology professor at the University of Wisconsin-Green Bay. “But it’s also true that this hornet does have a lot of venom, and if you were stung many times, certainly more than 10 times, it could be dangerous. What they say in China is if you get stung more than 30 times, it’s certainly an emergency situation. And that doesn’t require any kind of anaphylaxis. It’s just a lot of venom.” 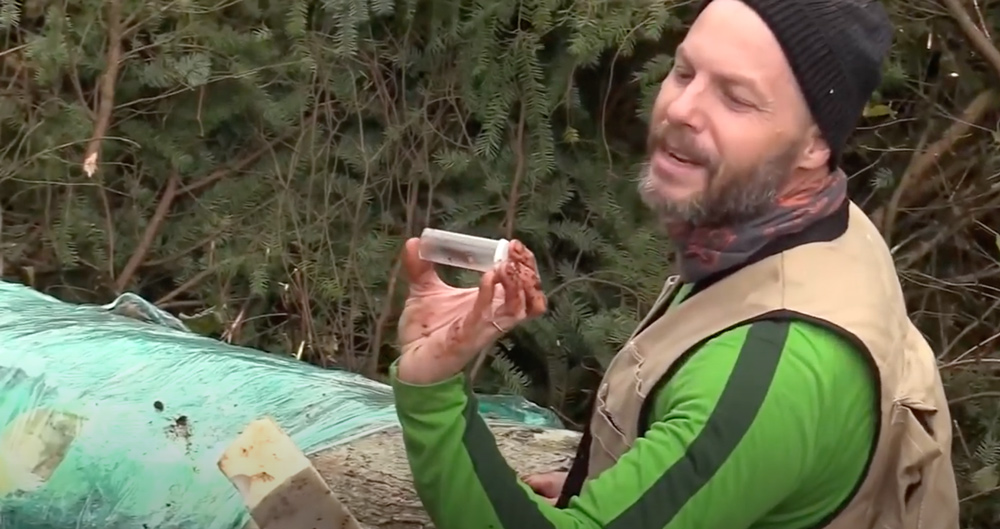 Source: YouTube/9NEWS
An entomologist holds up a captured hornet queen.

There have only been a few sightings of Asian giant hornets in the Pacific Northwest, but dozens of reports of people killing large insects they consider “giant.” Talking to KVAL in Eugene, Ore., Erica Chernoh, a horticulture expert for OSU’s Extension Program says people should consider the idea that not every big insect they see is trying to kill them.

“I don’t want to downplay this — they are logistically dangerous insects,” Entomology Research Museum Senior Scientist Doug Yanega told the Los Angeles Times. “But having people in Tennessee worry about this is just ridiculous. The only people who should be bothering experts with concerns about wasp IDs are living in the northwest quadrant of Washington (state). And really, right now, nobody else in the country should even be thinking about this stuff.” 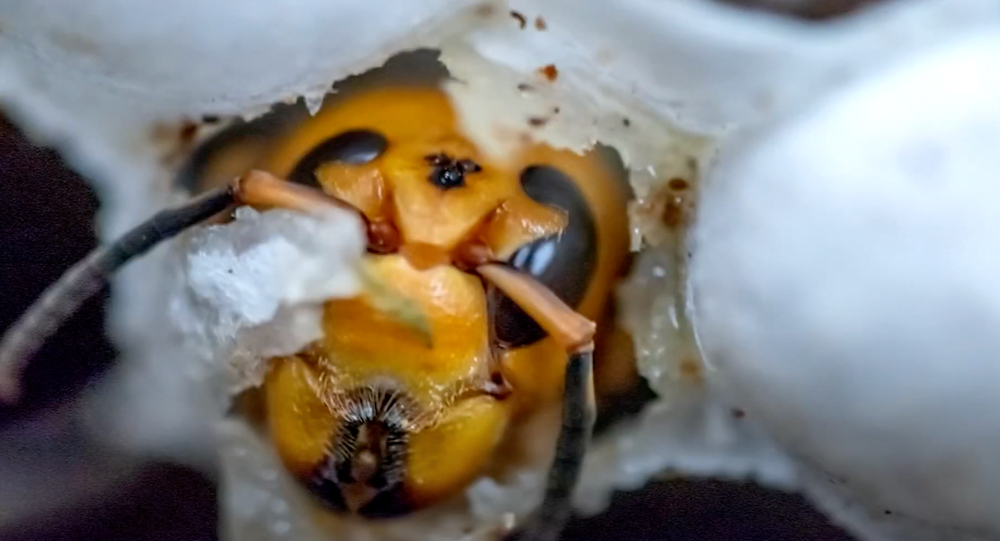 Source: YouTube/9NEWS
Is this the face of doom for our honeybees?

See entomologists dismantle a murder hornet nest in the video below.