Woman Rescued A Kitten While In Peru, Then Realized She Couldn’t Go Back To America Without Her

Hannah Shaw and her boyfriend, Andrew Marttila, were enjoying a vacation in Peru, hiking the Andes and touring Machu Picchu. But they never expected to save a life while they were there.

They were passing through a neighborhood in the area when they heard a faint screaming sound. It was a sound of fear coming from a tiny kitten who was being held by a little boy while he was running around. 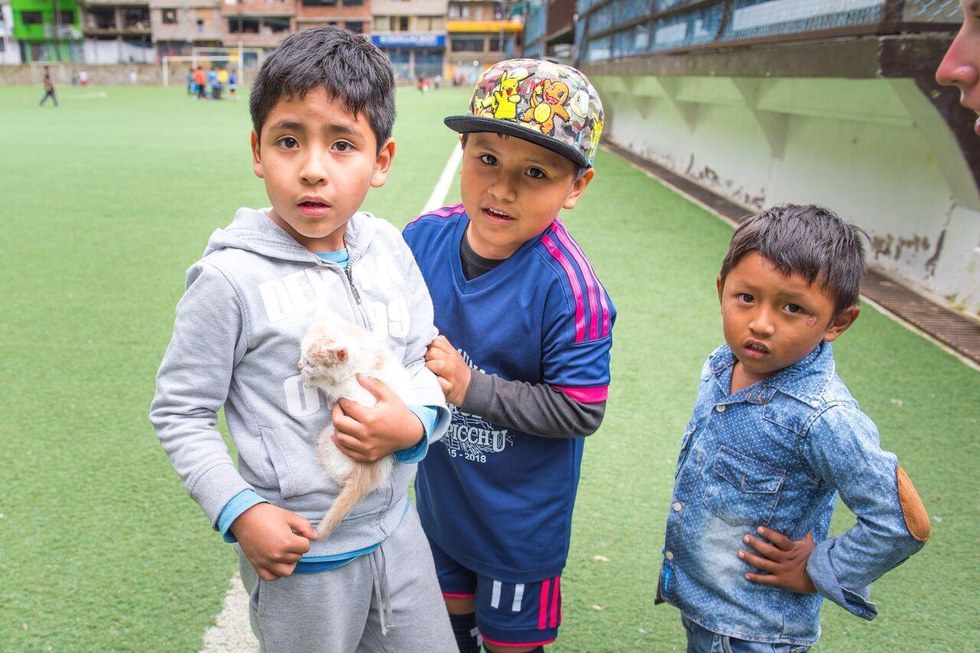 Marttila is the founder of the kitten advocacy project Kitten Lady, while her boyfriend is a cat photographer, so it seems like it was fate for them to find this little kitten.

Marttila told the little boy to hand her the kitten so she could help her. As she picked up the kitten, she noticed she was trembling. But she held her close and got her to calm down. 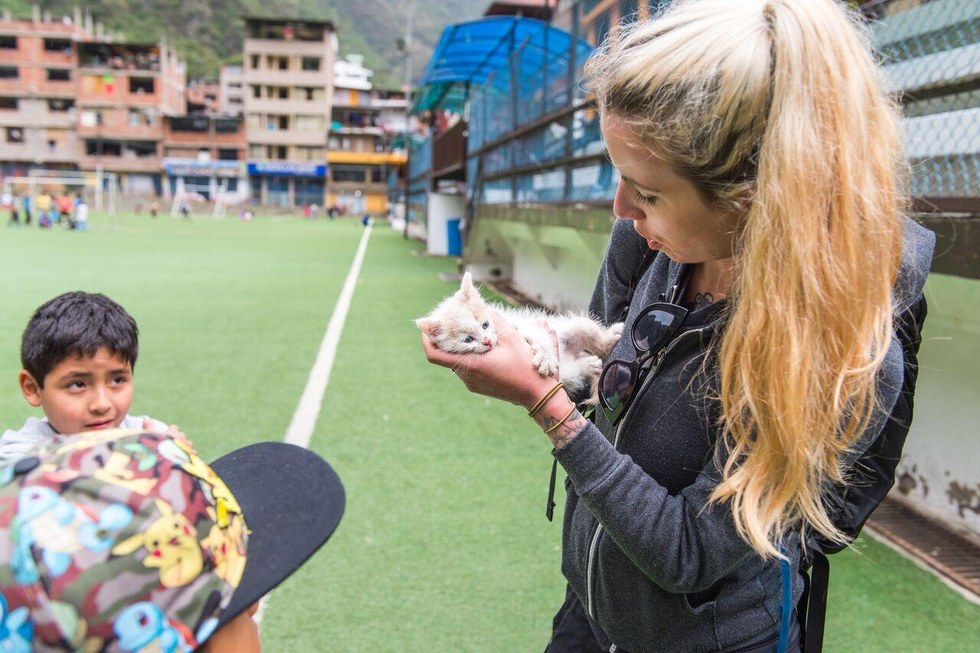 They named the kitty Munay, and went to get her help immediately since she was not in the best shape. She was malnourished, very filthy, and covered with fleas. She fed her some cat food that she happened to have in her bag, which she gladly accepted and chowed down.

After speaking with the kids, Shaw learned that the kitten was without a mother and came from another area in the town. There was nowhere safe for Shaw to bring the kitten, so the only logical thing to do was take Munay with them. 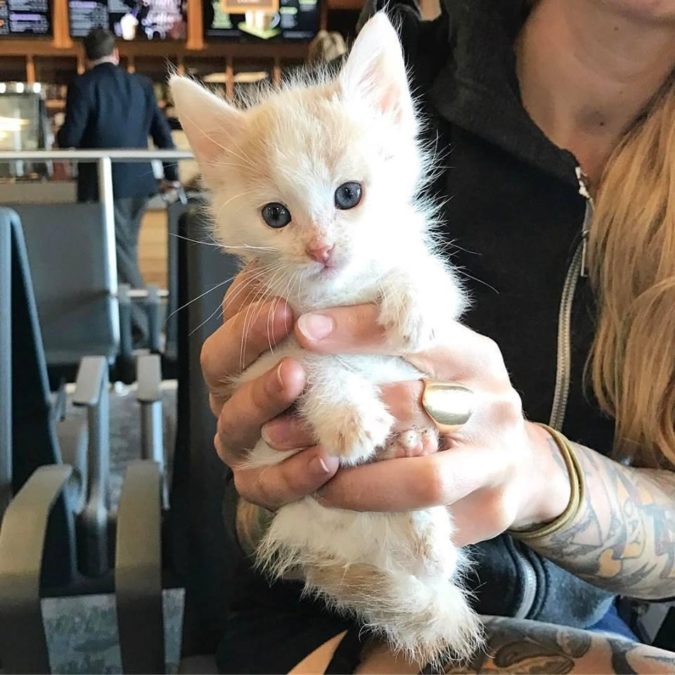 But they were taking a train in 45 minutes and were flying back to America the next day. But Shaw knew they couldn’t leave this poor kitten behind. They smuggled Munay onto the train, and then brought her to the vet to get her the proper vaccinations so that she could fly home with them. The process to get her through customs was thankfully much easier than they expected. 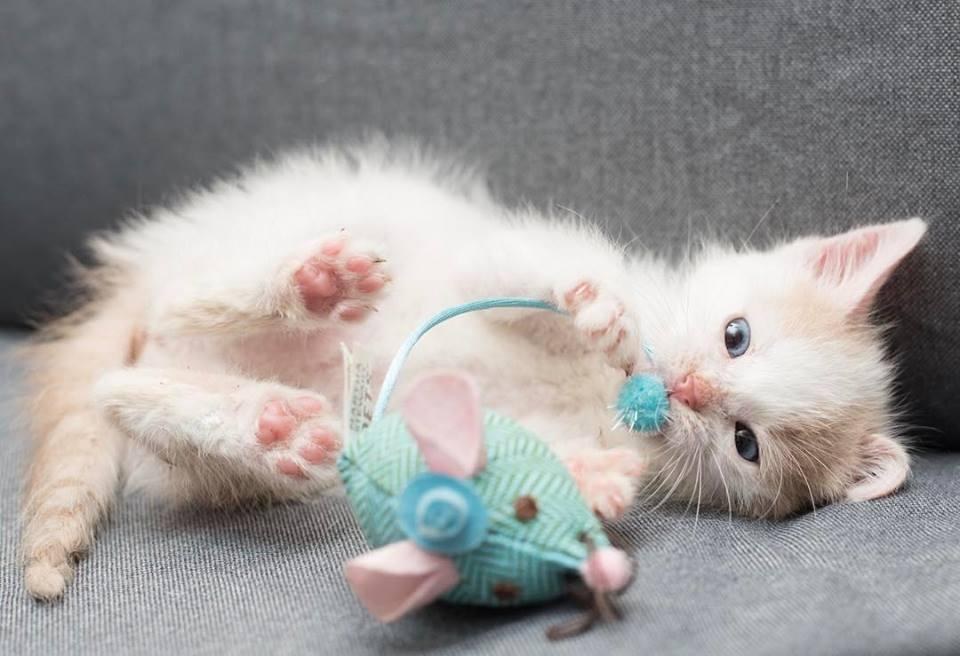 Now Munay is safe and sound in the United States and will live with Shaw and her boyfriend until she’s ready to be adopted. Munay is also doing much better now and is getting healthier each day!

Watch her rescue and journey in the video below: