This story contains depictions of graphic violence that some readers may find disturbing.

After park staff chased away the poachers who broke into the Akwaaba Predator Park in Limpopo, South Africa, they discovered a nightmarish scene of murder and mutilation.

Five lions were killed. Four of them were poisoned, and one named Mufasa, from Disney’s “The Lion King,” was hacked to pieces and left lying in his own blood. Mufasa’s face and paws were cut off by the poachers, who park authorities believe were after the body parts to sell as trophies or for use in traditional medicines.

Park manager Bronwyn Moss arrived at the site after security guards alerted him around 11:30 a.m., he discovered the dead lions, along with blood pooling in Mufasa’s cage. 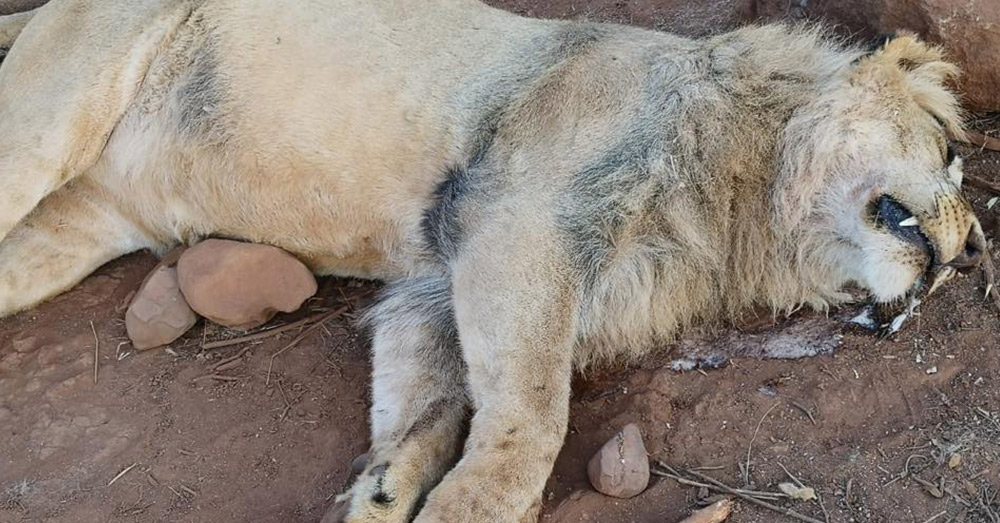 “We suspect that the lions were all poisoned at the same time, but the poachers were disturbed by the security guards before they could get to the other lions,” Moss told South African news outlet The Citizen. “We are devastated that this could happen on our doorstep and that our babies were killed for nothing. The poachers murdered five and only got parts from one. What an absolute waste of life.” 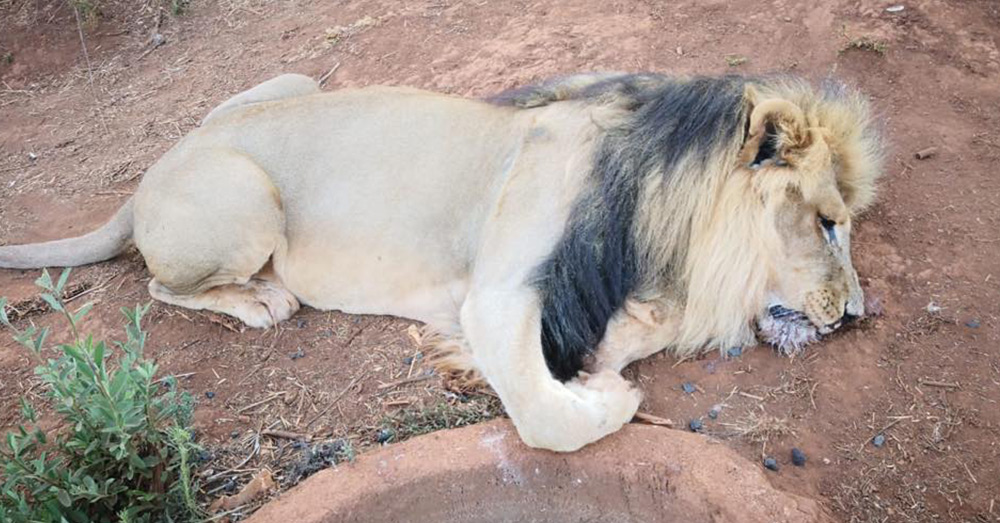 Source: Facebook/Akwaaba Predator Park
The lions were poisoned before poachers started removing the paws and face from one named Mufasa.

The Akwaaba Predator Park posted images of the massacred lions on Facebook.

“So to all our friends and family of Akwaaba, those of you who have not heard yet. Tragedy struck last night at our park. We lost 5 Lions to murderers,” the post read. “That is what they are, they killed our babies. Our hearts are broken. We are down but not out. as you may have seen, we are offering a cash reward for any information that leads to the successful capture and conviction of these murderers. Please help us, lets stand together and find these monsters!!!!!” 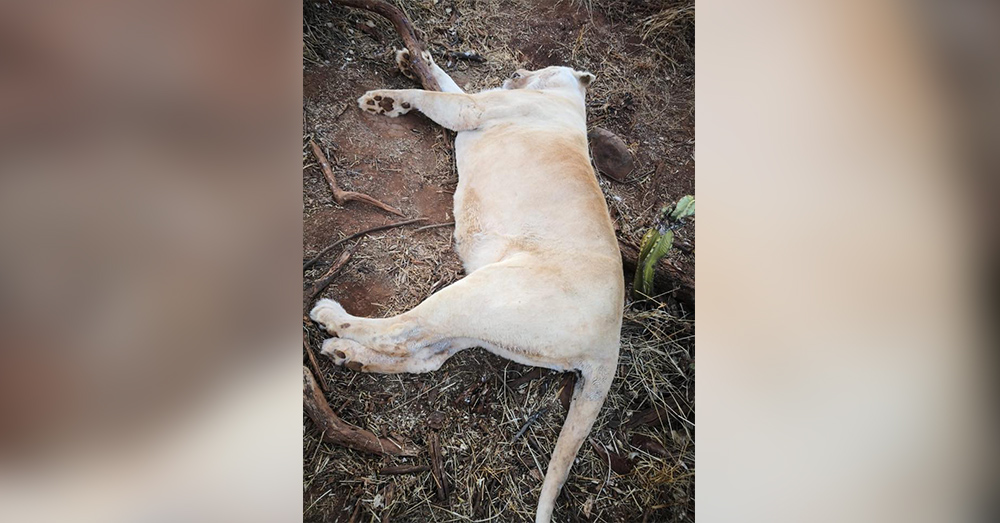 Source: Facebook/Akwaaba Predator Park
Park security was not able to stop the poachers in time to save the lions.

The park later thanked the community for helping spread the word, and bring justice to those who committed the murders. A company called Special FX and Events donated R10,000.00 to Akwaaba’s R100,000.00 reward, totaling about $7,445, for any information that leads to the successful capture and conviction of the poachers.

The Akwaaba park has since made it clear that it does not support canned lion hunts or trophy hunting of any sort, and is not affiliated with organizations that do.

“Almost all of the cubs we house in the park belong to other predator breeders who are also NOT involved in hunting, from time to time we do hand rear cubs that were neglected by their mothers either because the mom does not have milk to feed them or the litter is too big for the mom to handle,” the park wrote on Facebook. “Our animals are all treated with love and affection.” 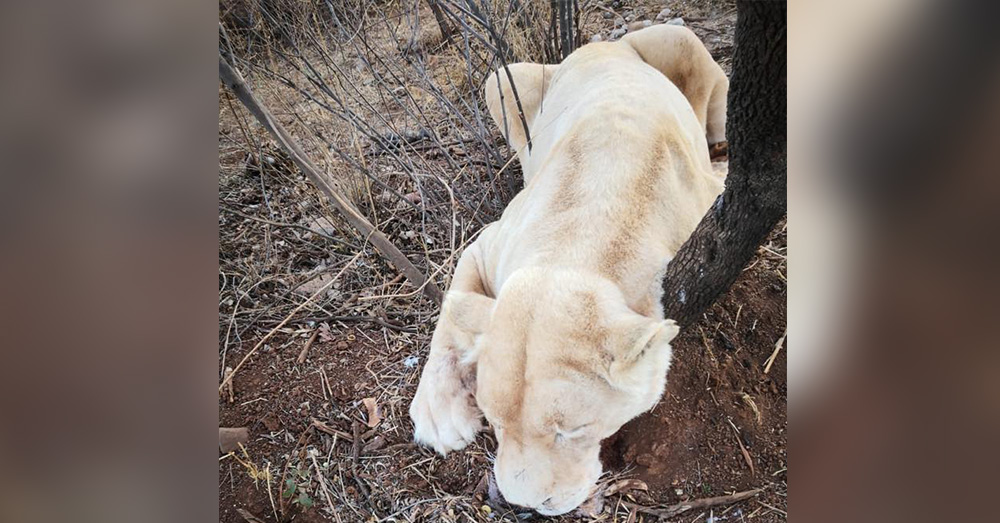 Source: Facebook/Akwaaba Predator Park
There is a currently a R110,000 reward (about $7,445) for information leading to the poachers’ capture.

Each of the animals at Akwaaba is given a name, and given the same respect as a human, often more. As one may surmise from Mufasa, the animals are treated like royalty.

Akwaaba is home to jaguars, cheetahs, black leopards, wild dogs, hyenas, white lions, tigers, and many other predators native to Africa. The park does not breed its animals, sell animals to breeders, or even release them into the wild.

“The animals we provide a home to are not released into the wild as most of them were born in captivity and would not be able to fend for themselves out in the wild,” the park maintains. 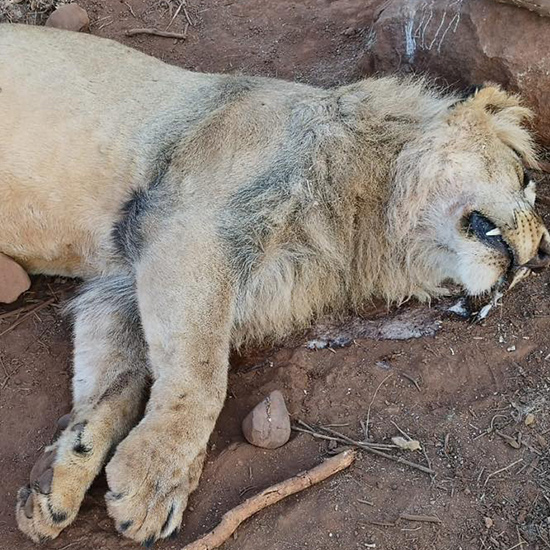 Join us in honor of the many innocent victims of poaching. Together we can stop the horror.

58%. That’s the percentage of wildlife that has been lost to the world in just the last 40 years

Take the pledge to change the world now, because we’re running out of time.

Giant Floating Booms Could Clean Up The Ocean: Click “Next” below!