Most of us think of an action hero when we hear the name Bruce Willis but it also happens to be the name of a six-year-old stray orange tabby who was rescued. Although Bruce was only six years old, he had scars, an eye injury and chipped teeth that made him look a lot older. He also tested positive for the feline immunodeficiency virus (FIV), which also needed tending to. His scars make him look worse for the wear but even though that is the case, they still refer to this feline as Mr. Willis.

You will also be happy to know that the story has a happy ending because Mr. Willis has found the human that is willing to care for him in every way. She was even able to convince her landlord to give an exception for the no pet policy at her apartment. 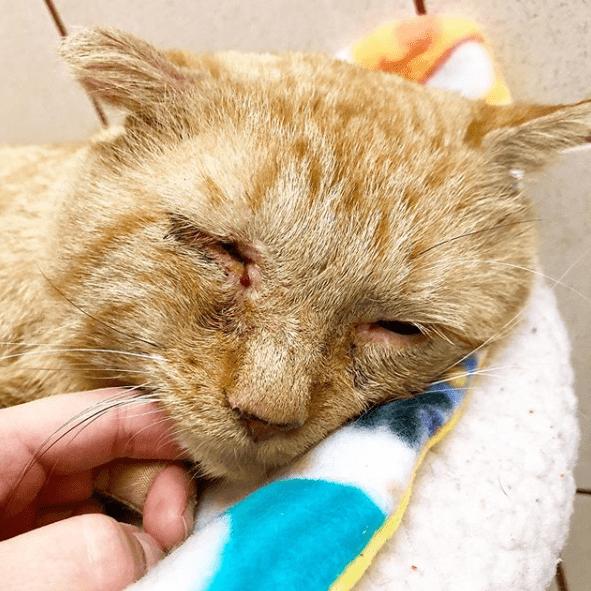 Mr. Willis has spent a lot of time on the streets and he looks rough around the edges. You can’t really tell how long he was on the street but when he came onto the Animal Humane Society in Minnesota, he was in bad shape. He needed some TLC and some recovery time. It wasn’t long before he had earned a reputation for being friendly. In fact, the shelter wrote the following on Facebook:

“Bruce is the sweetest and most affectionate boy around. All cheeks and love, he will brighten every day you spend with him.”

Mr. Willis would start purring as soon as you got close and he just couldn’t get enough love and attention. The problem was, he looked so rough that it was difficult to find him a forever home. Adopters would come to the shelter and he would purr for them but nobody was willing to care for him. They ended up posting this picture online to find someone to care for him. 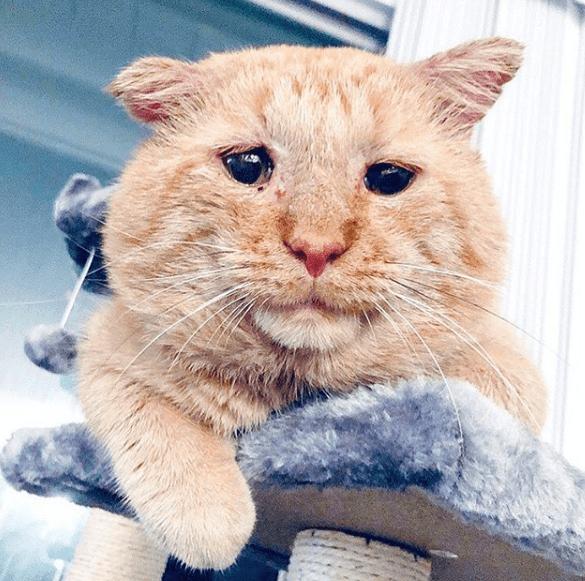 Sandra saw the Facebook post on International Cat Day. She loves felines but her apartment does not allow them to stay. She decided to go to the shelter to visit Mr. Willis. She told LoveMeow:

“When I saw his picture, it just spoke to my heart.”

Mr. Willis was more than happy to crawl into Sandra’s arms and purr lovingly. She had a hard time leaving but she did know that animals were not allowed at her apartment. She felt heartbroken and wished she could take the cat home but in the back of her mind, she was hopeful that he would find the home he needed. 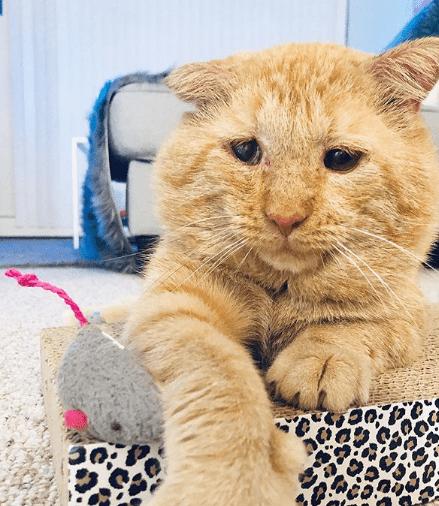 Sandra would check the shelter website for updates on a daily basis. One day, she learned that he had an upper respiratory infection so she visited him to make him feel better. After the second visit, she knew that she would have to come back again to see Mr. Willis. Every time she did so, he would greet her and they started to get familiar with each other.

Mr. Willis stayed at the shelter for a month and no adopters had come forward. She was convinced that they should be together so she talked to her landlord and sent him a picture. 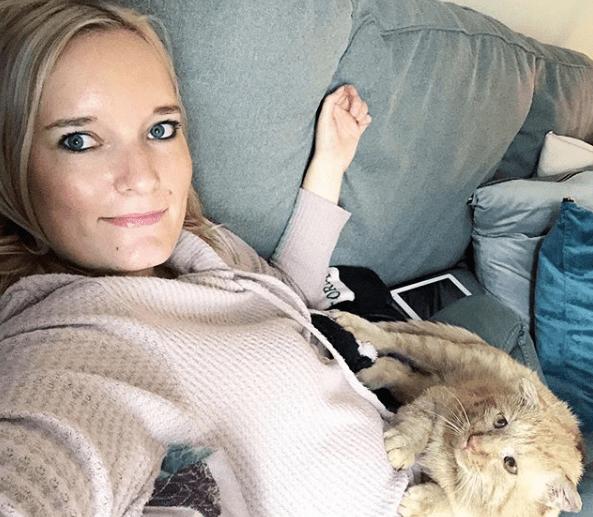 It took some persuasion but she was able to change his mind.

Once she had her landlord’s permission, she took Mr. Willis home and they became a family. He stayed on her lap most of the night and followed her around the house to jump in her lap when she sits down. It looks as if Mr. Willis finally has his forever home.