Dachshund Puppy Is Ecstatic To Be On The Bed

It’s safe to say that Mr. Pepper is a very excitable little dog.

Normally Mr. Pepper is not allowed to play on the bed. But when he is allowed to, watch out! He doesn’t wait for Mom to change her mind.

His mom captioned the video: “Call mattress inspector! A magnificent dachshund with incredible abilities! He will detect all problems with your bed and he will give you recommendations how to fix them.” 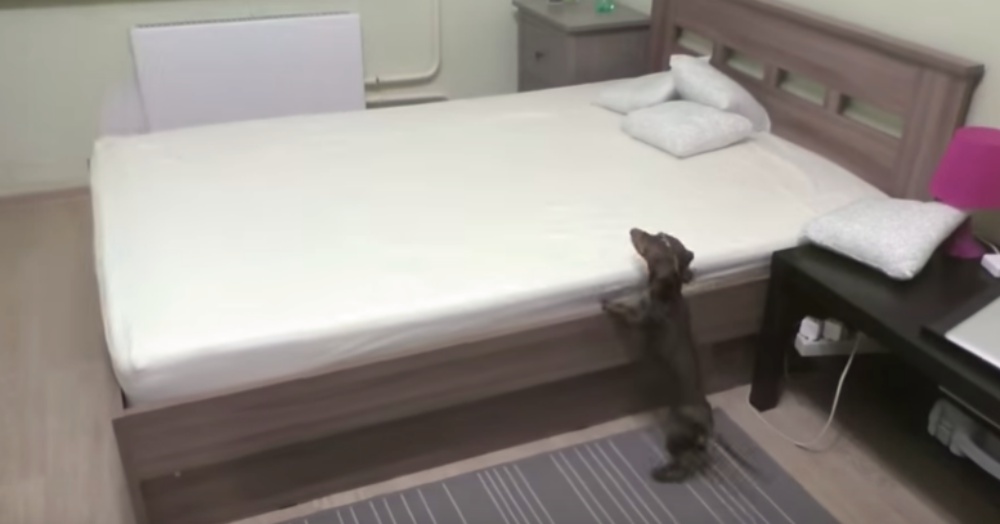 He doesn’t seem very thorough for a mattress inspector, but what he lacks in attention to detail, he makes up for in enthusiasm for the job. 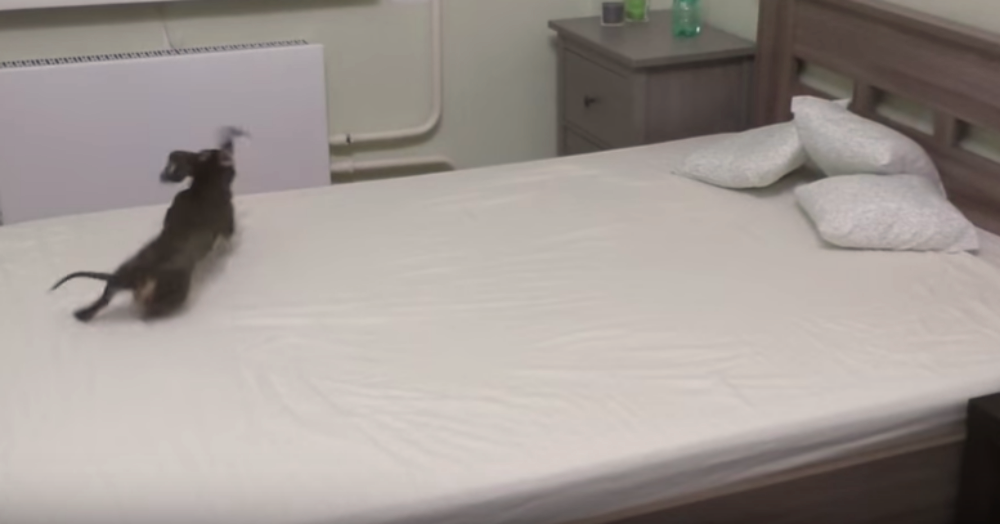 In the first segment, Mr. Pepper has the bed to himself. He moves so fast he’s nothing but a blur!

At one point, he pauses at the edge and stares out for half a second, before leaping back into action again. Maybe he’s checking with his owner that he still has approval to run rampant all over the sheets? Or perhaps he’s trying to make his fellow fur siblings jealous… 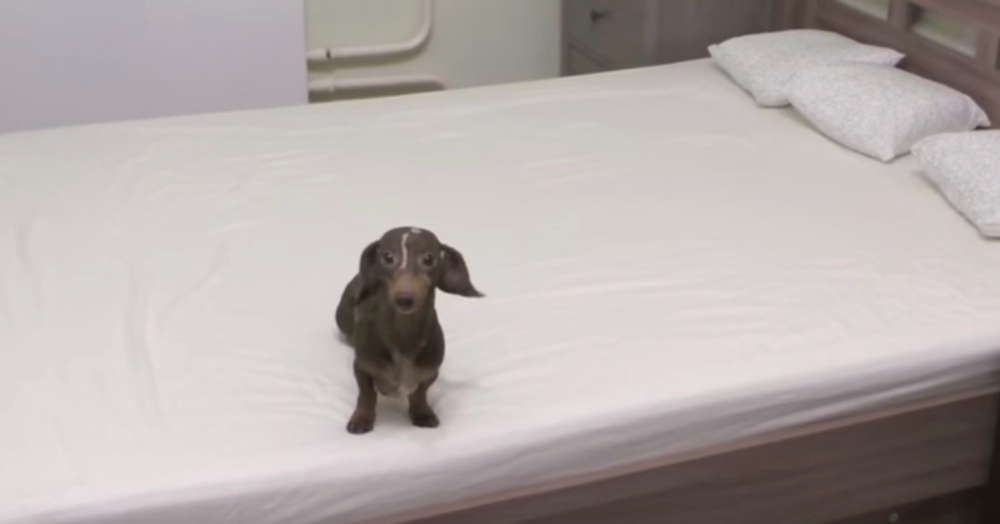 In the second segment, you see him scare the living daylights out of a cat that was just minding her own business hiding behind some pillows.

Her tail flicks disapprovingly before slinking out of sight. 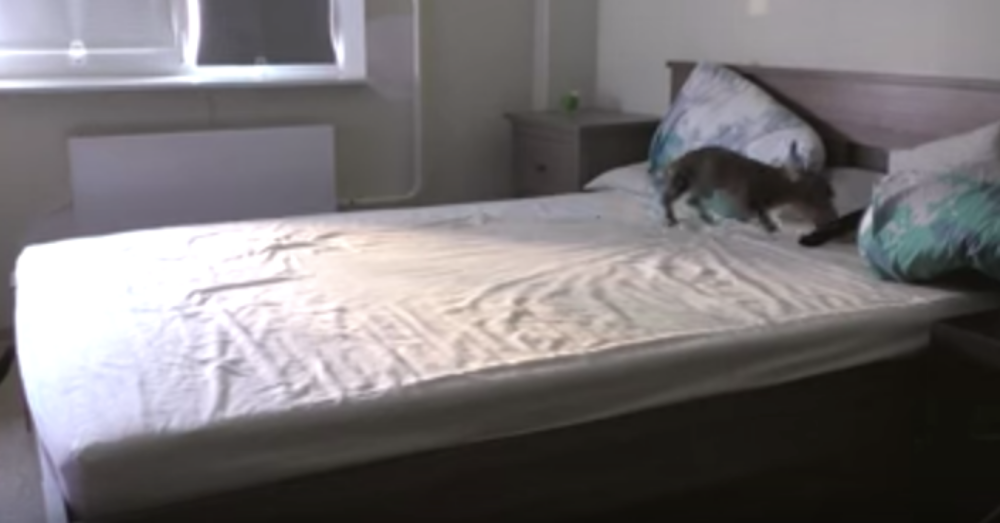 Unperturbed by the cat, Mr. Pepper resumes his frantic whirling, running around again and again. And again.

In the last segment, his fellow fur sibling, Margo, joins him on his escapades, though Margo is significantly calmer than Mr. Pepper. 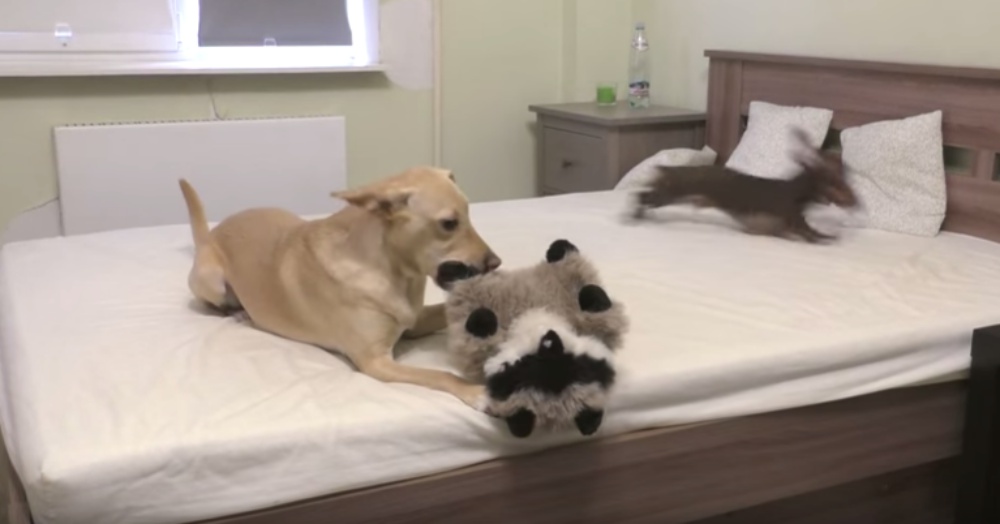 Mr. Pepper attempts to assist Margo in playing with her stuffed toy, but he just can’t sit still long enough to actually participate. 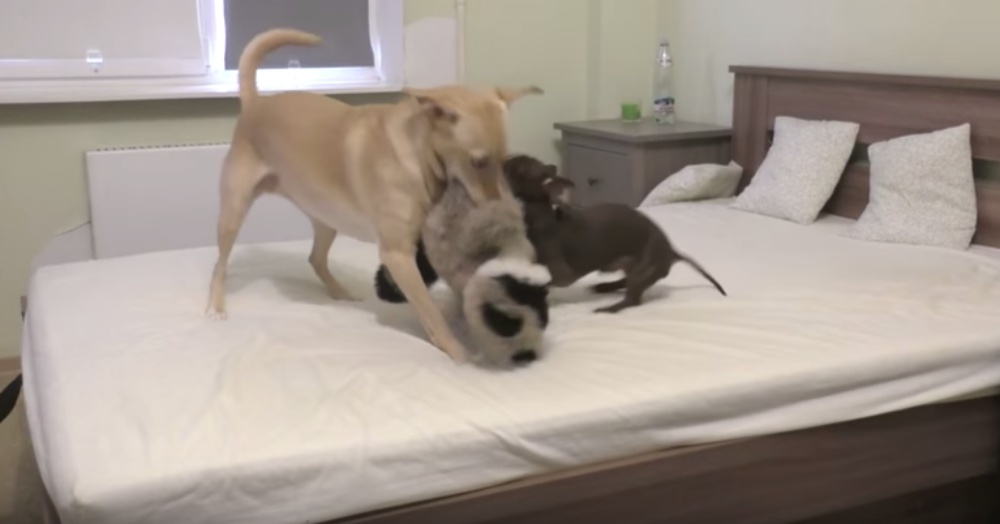 So while Margo focuses on showing her raccoon toy she’s boss, Mr. Pepper busies himself with — you guessed it — racing around the bed.

Then both dogs get tuckered out. They decide to chill for a bit. 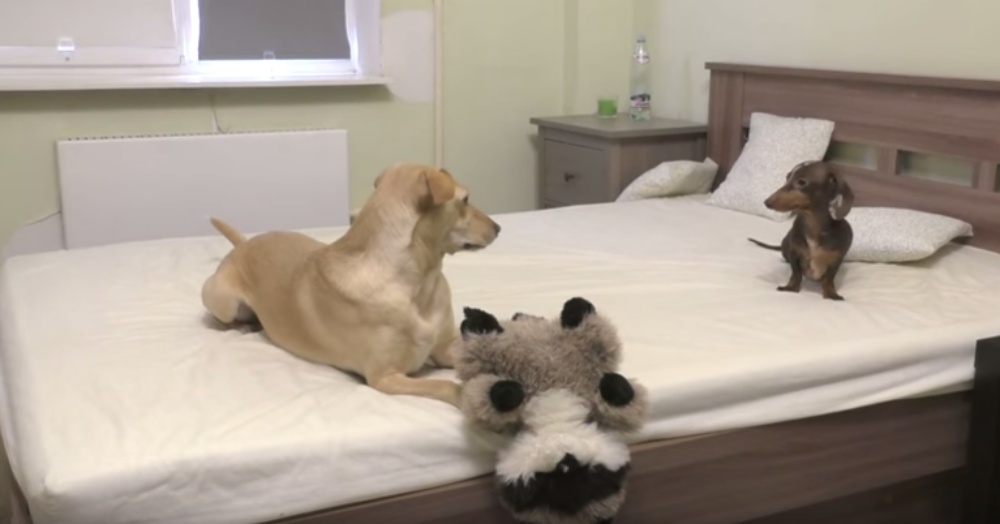 Mr. Pepper sits, then lies down. Margo stops playing with her toy.

And when her toy plops onto the ground she and Mr. Pepper stare at it blankly. 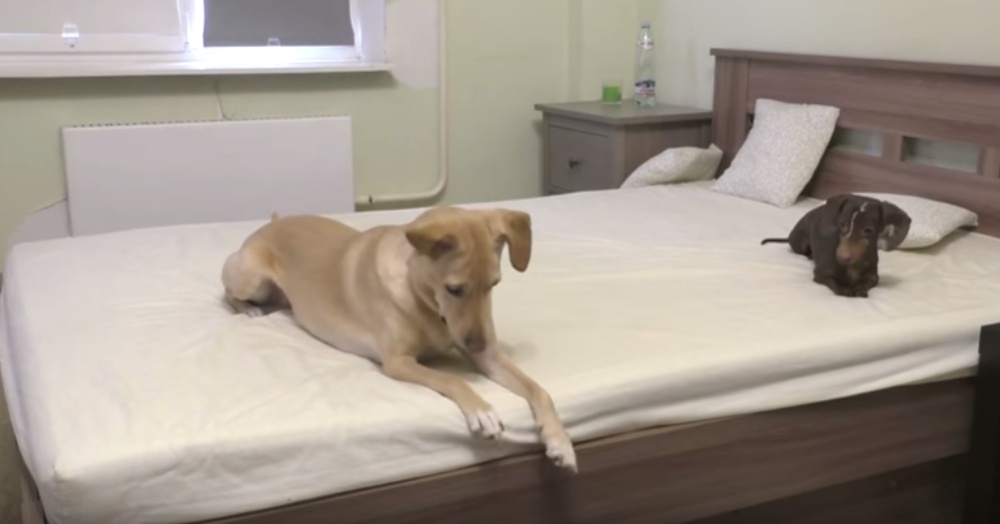 Take a look at this crazy-energetic pupper in the video below!