The theory that opposites attract not only applies to humans but to dogs as well. Two mixed breed shelter dogs are polar opposites and madly in love.

Misses is a couch potato that loves belly rubs and her other half, Mister, loves to go for walks and play fetch. Mister and Misses have been together for six years and are still inseparable. They are the definition of unconditional love.

Their previous owner lost their home and the two dogs were surrendered to a county shelter in Georgia. The dynamic duo are now sharing a kennel at Best Friends Pet Adoption Center in Atlanta waiting for a forever home. 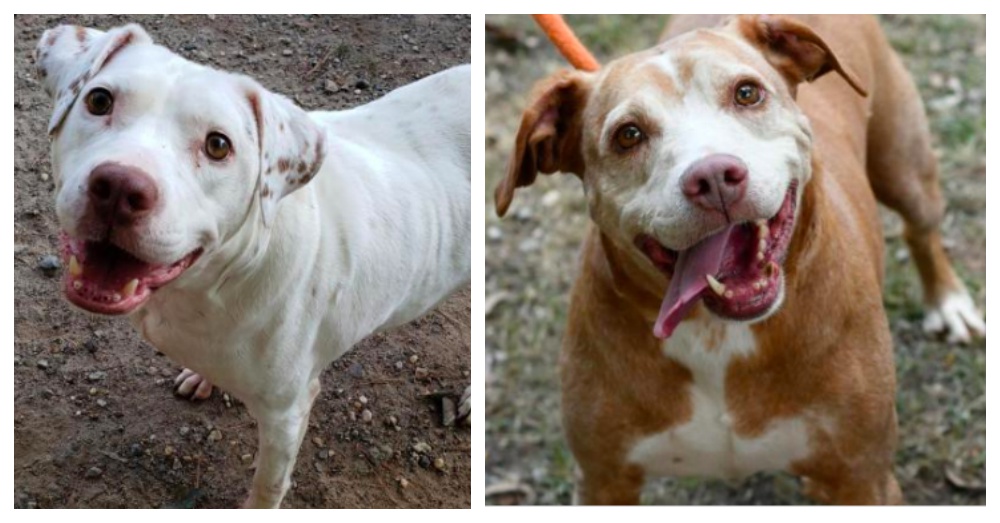 “Misses is very much the boss in the relationship. We have to separate them for feeding time — not because they’ll fight over food, but because Mister will just step aside and let Misses eat (hence her curves). Another fun quirk of hers is that she’ll chew off any harness or other ‘clothes’ Mister is wearing,” said a source close to the pair.

The shelter staff wanted to feature the bonded pair and decided to host a bachelor and bachelorette party followed by a wedding and honeymoon. 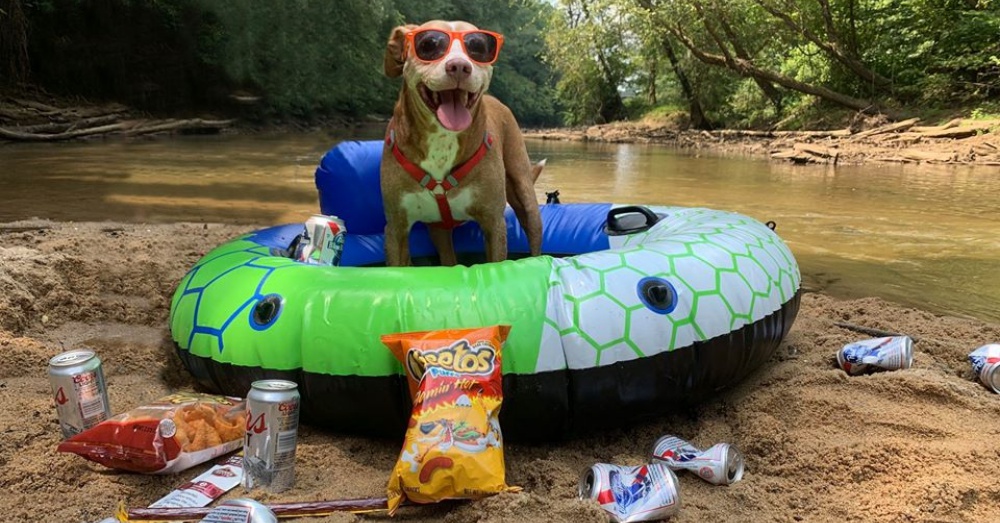 They posted photos of Mister’s bachelor party where he was surrounded by snack food on a tube near the Chattahoochee river, to display his active personality. “Mr. is doing his bachelor pawty right! Shootin’ the hooch, eating junk food, enjoying some brewskis, and ignoring his phone,” posted Best Friends. 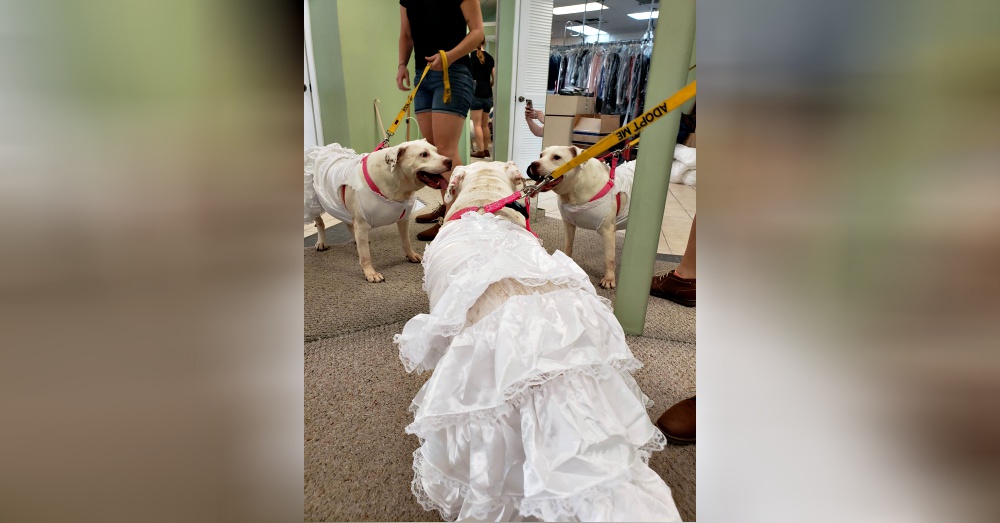 Misses was busy trying on dresses and being pampered, like the princess she is. She strutted down the aisle in a beautiful gown with a veil to wed handsome Mister. 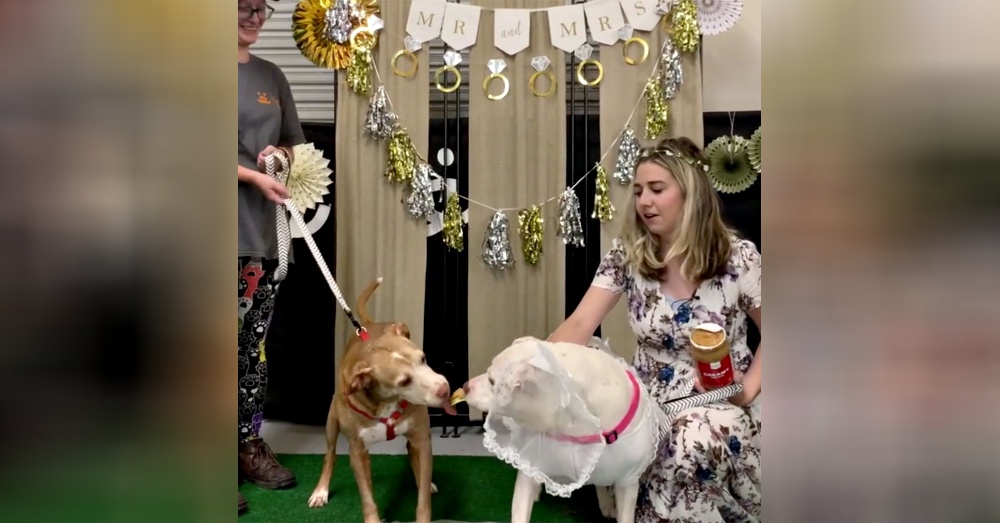 The wedding photos were posted and showed the lovebirds sharing a spoonful of peanut butter to celebrate their union. Another photo was posted of their honeymoon with a backdrop that read, ‘Greetings From Hawaii’. 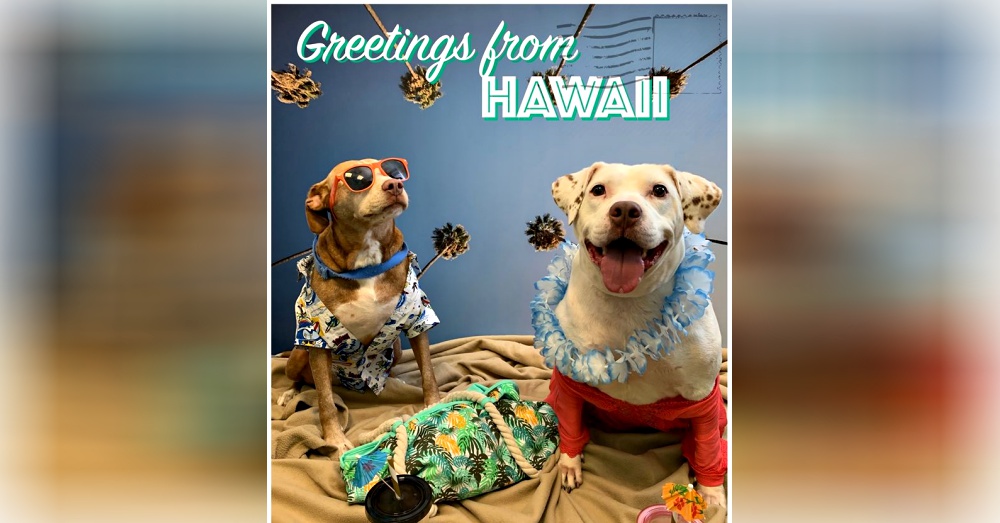 Best Friends thanked Sally Skinner being the “host/officiant/wedding planner extraordinaire” and “for putting on the wedding of the century.”

Their love story will not include any puppies though since both are spayed and neutered. The only wedding present they want is a forever home.

If you are interested in adopting Mister and Misses you can find out more information here. Adopt don’t shop!

Chihuahua Begs To Go Outside But Does A U-Turn When Her Paws Hit The Snow: Click “Next” below!