Afraid Of Humans And Living On The Streets, This Pup’s Rescue Will Brighten Your Day!

This German Shepherd was found living on the streets, scared and alone. Thankfully, Hope for Paws rescue organization was called to the scene. The rescuers noticed that a shepherd, Mozart, had been hanging around the nearby medical clinic. So before they did anything, the rescuers checked with the clinic’s staff and patients and were assured that Mozart was homeless. With that in mind, the rescuers started to make attempts to lure Mozart out of his hiding spot in the bushes. Sadly, Mozart was so afraid of people that even with the promise of food he refused to go anywhere near the rescue team. Instead, he ran away. 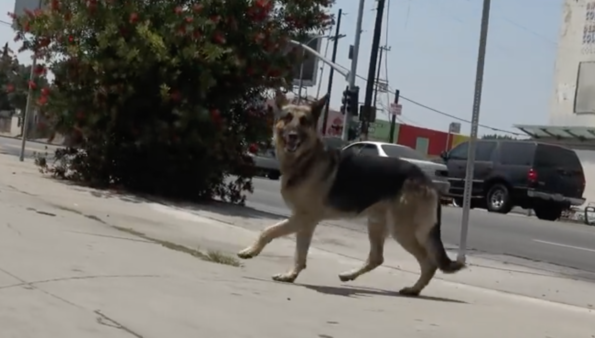 Realizing that Mozart wouldn’t let them near him, the rescue team from Hope for Paws tried to keep him from running into the busy streets. Thankfully, they were at least successful in that. Yet Mozart still ran any time the team got near him. As luck would have it, a few security guards noticed the struggles the rescue team was having and decided to lend a hand. Together, the security guards and rescuers worked as a team to lure Mozart into a mostly vacant parking lot where they closed the parking lot’s gates as soon as Mozart was inside.

With few places to hide and even fewer places to run to, the rescuers were able to safely corner Mozart, put a leash on him, and give him some food. It took a while, but they were finally able to get Mozart calm enough to bring him to their rescue van and get him out of the heat. They were then able to bring him to an animal hospital where he was checked for a microchip and given the care he needed to help him return to health! 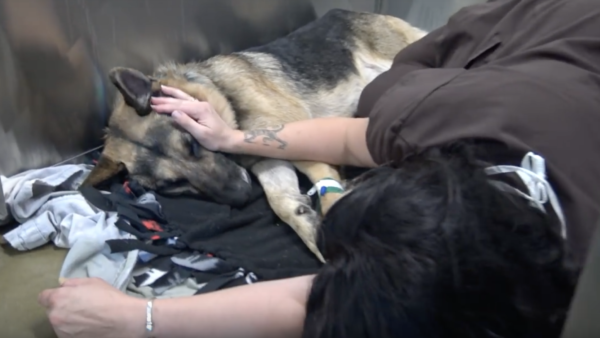 Mozart is now a happy and healthy pooch! He is living in a foster home, just waiting to find his forever family!

How To Help A Dog With Separation Anxiety: Click “Next” below!