Cat Brought To Shelter To Be Euthanized After Giving Birth To Kittens, But Vet Refused

It takes a village to raise a child. It takes a rescue and dedicated foster mom to raise abandoned kittens.

A litter of 2-week-old kittens were rescued by Allen County SPCA, but their mother was nowhere in sight. The kittens were taken in by a foster mom, Barb. She immediately wrapped them in warm blankets and bottle fed them every couple of hours.

Mother cat, Chi Chi, became ill a week after giving birth to her kittens. Barb told Love Meow, “She supposedly suffered a blood clot that caused some paralysis, and the owner chose euthanasia.” However, the vet at Animal Care and Control could not euthanize her, so instead they treated her. 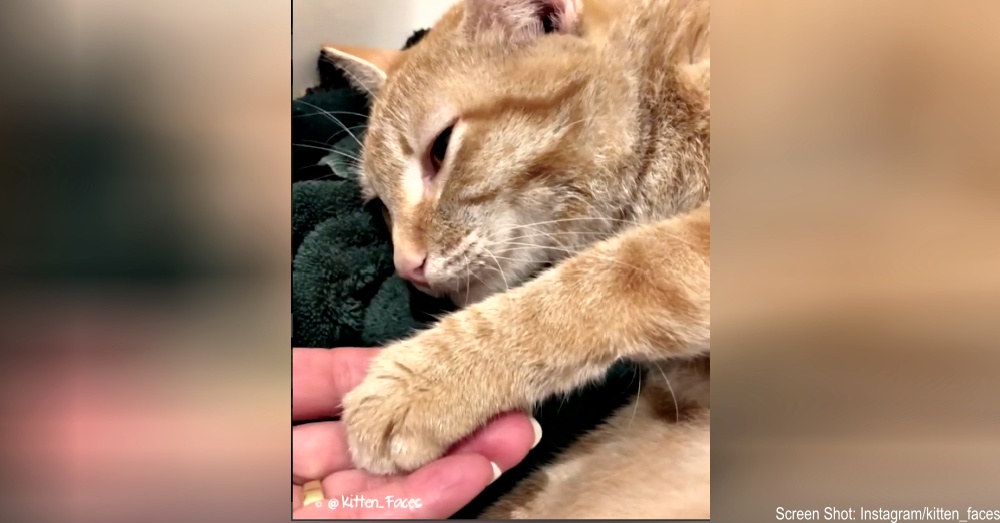 Five days later, Chi Chi was recovering well and brought to the SPCA to be reunited with her kittens. The ginger kittens improved immensely when their mother returned. Chi Chi went right back to grooming and attempting to nurse her kittens. 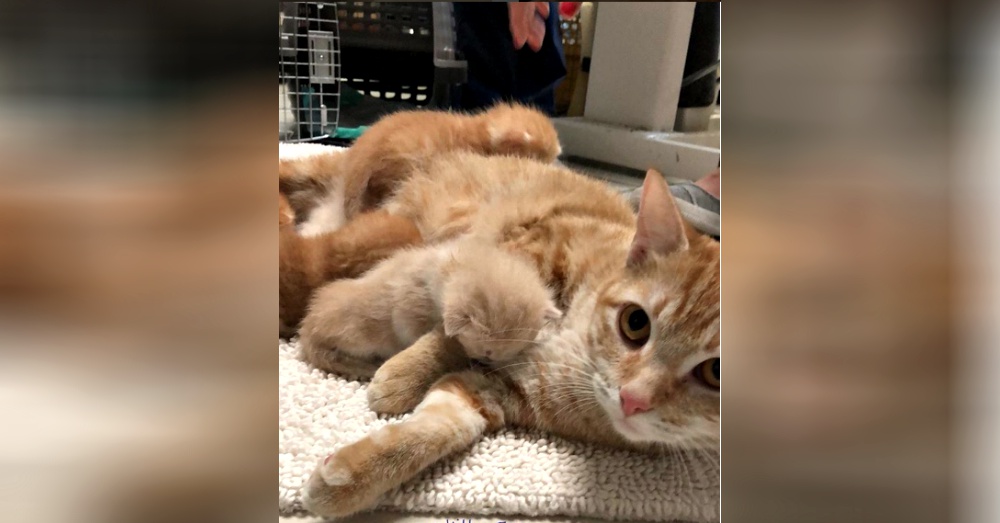 However, she had dried up and was unable to nurse. Barb continued to bottle feed the kittens and offered mother cat some help. The stress of trying to raise the kittens, but being unable to nurse took a tole on Chi Chi’s body. Her health started to decline, so she was brought back to the vet. “She was found to have no more milk. She was dehydrated and had the beginning of a kitty cold.” 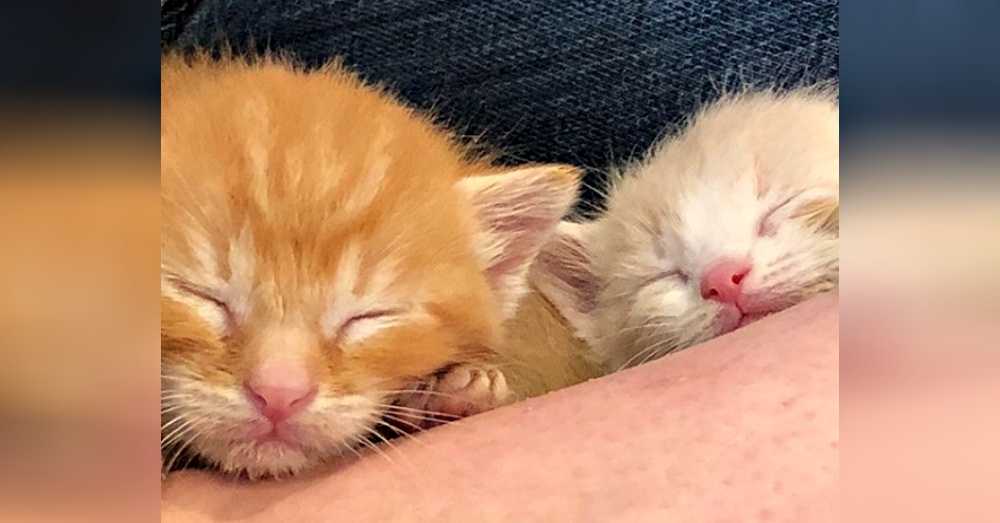 After receiving treatment for an upper respiratory infection, She was brought to a quiet place to recover. Chi Chi will not return to her kittens, but she knows they are in good hands. “She survived that life-threatening illness, she got to see her four beautiful kittens, and she is getting healthy and will become a beloved pet in a forever home where she will be wanted.” 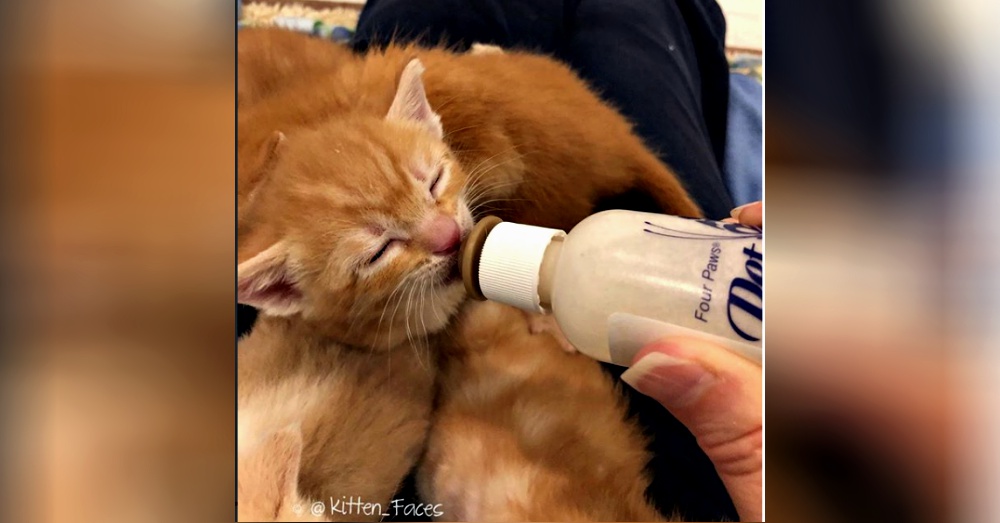 Barb worked around the clock to make sure the kittens survived. Many 3AM feedings and some help with tube feedings and antibiotics to help the kittens regain their appetites. Eventually, she was able to offer the kittens wet cat food, which they thoroughly enjoyed. “I was going to mix a bit of kitten formula in with some wet food but no, they wanted to eat like big kids. Once they got a taste of it from a tiny spoon, they were ‘all in’.” 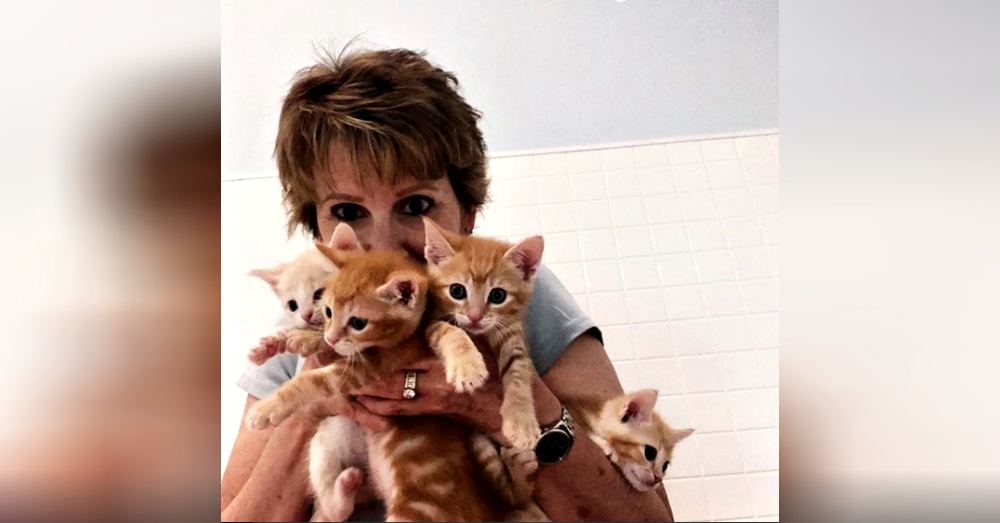 The kittens are now thriving and waiting for their forever homes. If you are interested in adopting Chi Chi or any of her kittens, you can visit Allen County SPCA. In the meantime, you can follow the kittens as they grow on their foster mom’s Instagram kitten_faces.