Greyhound Goofing Off Has Me In Hysterics

Mosley is the goofiest Greyhound around.

Do you remember the video of the Greyhound sprinting around in pajamas? He already has plenty of huge fans. And as a rescue Greyhound, he deserves it!

For Greyhounds forced into a life of torture and neglect often associated with racing outfits, the future is often grim. Fortunately, public opinion and legislative measures are counteracting Greyhound racing tracks around the United States, and the world, so dogs like Mosley have brighter days ahead. 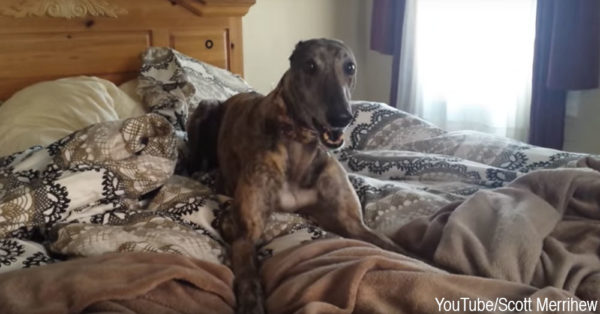 Spending time with Mosley just gave me the biggest smile! I LOVE THIS DOG!

Watch his wiggliness in the video below!