Moses Was Abandoned By His Parents When He Was Just A Pup! His New Family Is A Unique One!

In South Africa, an otter named Moses was just a pup when his parents abandoned him. Thankfully, he was found by a police officer! Instead of immediately taking Moses to a wildlife park, the officer decided to wait and see if Moses’ parents would return. The officer waited three days and with no parents in sight, he took Moses to the Loebies Guest Farm and Predator Park in Bela Bela. And it was at the park that Moses found himself a new home… and a new mom! 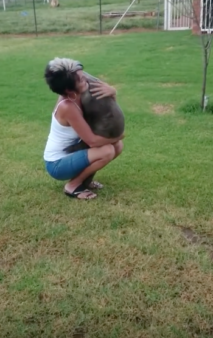 Annel Snyman, owner Loebies Guest Farm and Predator Park, took Moses into her care. And while she knows that he is no pet, that doesn’t stop her from treating him with all love and attention he could want. She brought Moses into her home, cared for him, and raised him as best as she could. Hell, she even let him sleep in her bed! And when she learned that swimming wasn’t an instinctual skill for otters, she taught him how to swim. When he was finally able to swim unaided in the deep waters of the nearby dam, she reacted just like any proud mama. 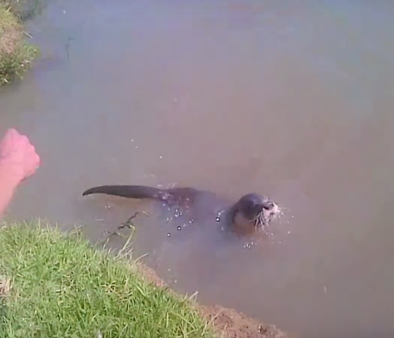 Moses’ new mama wasn’t the only new family member that he gained while living at the park. Since he arrived, Moses didn’t live in an enclosure like the other animals. Instead, he was given free reign to do as he please. And what he wanted to do was make friends. He made friends with all the animals in the park, but he became especially close to the hyenas and lions! 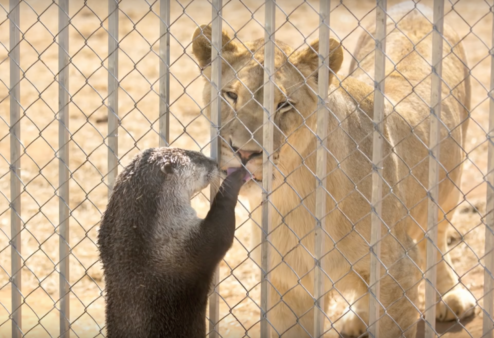 Moses’ relationship with the hyenas and lions is sibling like in nature. He visits them daily and even plays with them. Growing up with these two groups has made Moses a part of the family. And the relationship is not one sided! The interactions between Moses and his hyena and lion siblings are amazing ones to watch! 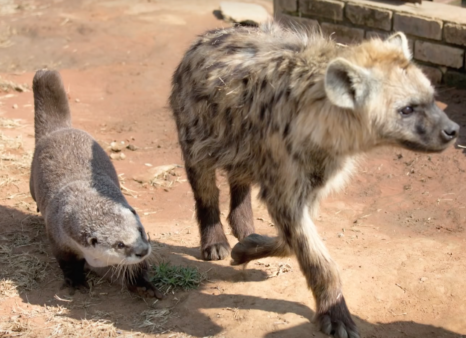