There is nothing cuter than Baby Yoda – except maybe for a puppy that looks like Baby Yoda. And little Mork is a young puppy who resembles the pop culture phenomenon. Mork was rescued back in October from a truckload of dogs who were headed to a grim fate in China’s meat trade.

The adorable puppy has big, expressive eyes and pointy ears. He weighed only 11 pounds when he was rescued and subsequently had to be hospitalized for intestinal problems. He was a tough little cookie and managed to come back from the brink, eventually being flown in December out to Los Angeles where he would receive his fresh start in life.

Hi from the cutest alien in town. Follow my journey to health ❤️⭐️ #chubbychibbychops #meltingpugcandle

Mork was rescued by HarbinSHS – an organization that is dedicated to saving dogs before they make it to the meat trade in China, where it’s still legal to sell dog meat.

The founder of nonprofit rescue shelter Roadogs, Nikki Carvey, first received a photo of Mork after being informed about the rescue mission. And it turned out to be love at first sight. 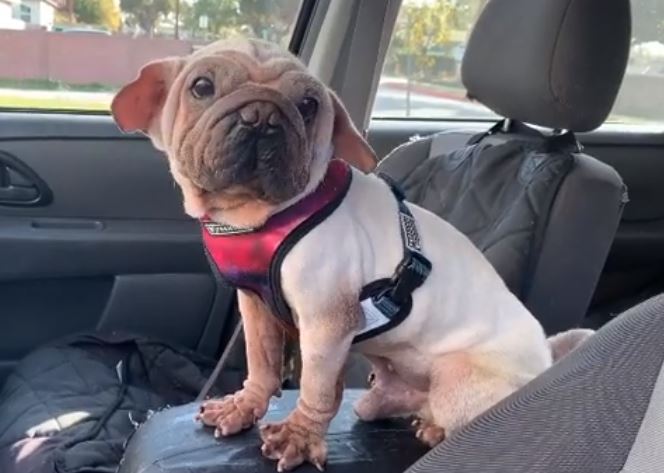 Carvey spoke to Huffington Post and said, “[HarbinSHS] save all breeds, and we focus on bringing the bulldogs to America. They sent me a photo of Mork, and I said, ‘I love that dog. I will take him.’”

Mork’s new owner has since set him up with his own Instagram, where fans on social media have compared him to the Baby Yoda from “The Mandalorian.”

While Mork might lack Yoda’s trademark green tint, there is no denying the resemblance when looking at his ears. And since going online, the puppy has certainly won himself plenty of fans – many of whom have commented on his pictures.

One fan wrote, “My level of obsession for MORK is out of control! I literally have to stop everything I’m doing when I see his face!”

Another person said, “Adorable and he just stole my heart.”

Because there is no such thing as enough Mork ❤️#chubbychibbychops #meltingpugcandle

Since arriving in Los Angeles after his rescue in China, Mork has been on a road to recovery. He’s even managed to gain a bit of weight!

Regarding his care, Carvey stated, “He eats a cooked food diet because of his irritable bowel syndrome. He has a special diet of lentils and various supplements. He’s an expensive little guy to feed. He probably eats better than I do. He’s still extremely underweight, and he gets fed four small meals a day.” 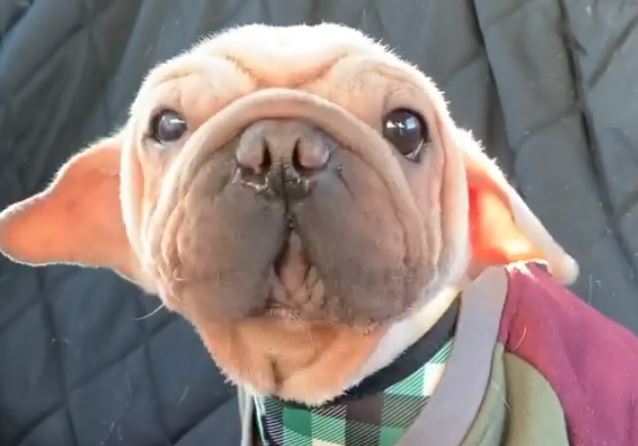 Mork has features that are similar to those of a bulldog or pug. However, Carvey refuses to run a DNA test on him to determine his exact genetics. Mork has certain health issues, and Carvey doesn’t want anyone trying to replicate his breed.

Mork says Thank you for all the love! He is awake after his CT scan and endoscopy with the wonderful @smartapproachvet and team but since there seems to be partial laryngeal collapse, we decided to postpone surgery until we figure out the best way to deal with it. Please keep the love coming for an easy recovery and for us to get to the root of all his issues and help him get healthy and happy. Mork, putting the lemon into Loveable Lemon 🍋 ❤️ #chubbychibbychops #meltingpugcandle #starwars

As she stated, “I don’t want people to replicate him and breed him. He’s got so many congenital issues. He’s got an undershot jaw, and he can’t breathe very well. He’ll have surgery to help him breathe. The last thing I want people to do is recreate Mork because he is ‘cute’.”

Elsie is not a conspiracy theorist but Mork might well be Baby Yoda 😂❤️👽 #babyyoda #themandalorian #chubbychibbychops pic.twitter.com/fzE6VIZrnB

In the future, Carvey is hoping that Mork can work as a therapy dog, so he can visit nursing homes and hospitals in order to help others heal.

As she said, “We want to spread a bit of love and happiness and compassion.”

Mork has a very adorable face, so there is no doubt that this little sweetie will someday make a wonderful therapy dog.