These Two Cats Met After Being Rescued, And Now They Can’t Stop Cuddling Each Other

Mori and Louie are the cutest pair of rescued brothers you’ll ever see. These two kitties are always kissing each other, snuggling, and following each other around.

“Mori takes care of Louie and grooms him all the time,” their owner, Jocelyn Tsaih, told InsideEdition.com. “They like to chase each other back and forth around our apartment and wrestle each other. It looks like they’re fighting, but they’re really just having fun.” 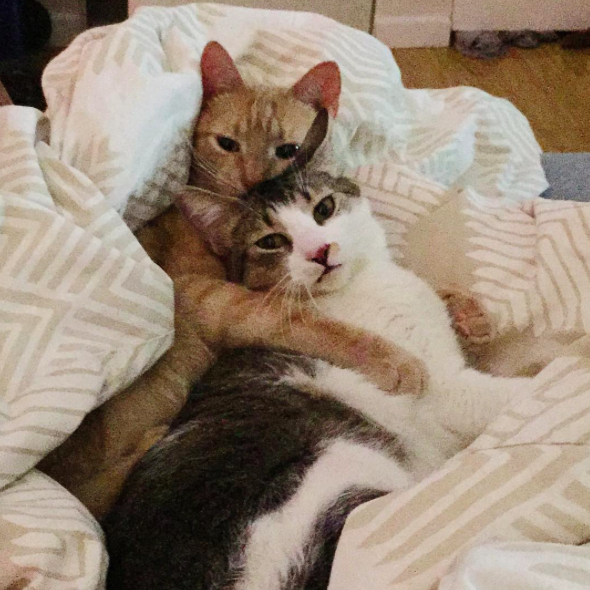 Mori was adopted from a rescue in Puerto Rico when he was just a kitten nearly three years ago. He had trouble adjusting to having another cat in the house when they adopted Louie this past January. Mori was initially very territorial and would hiss and growl at Louie. 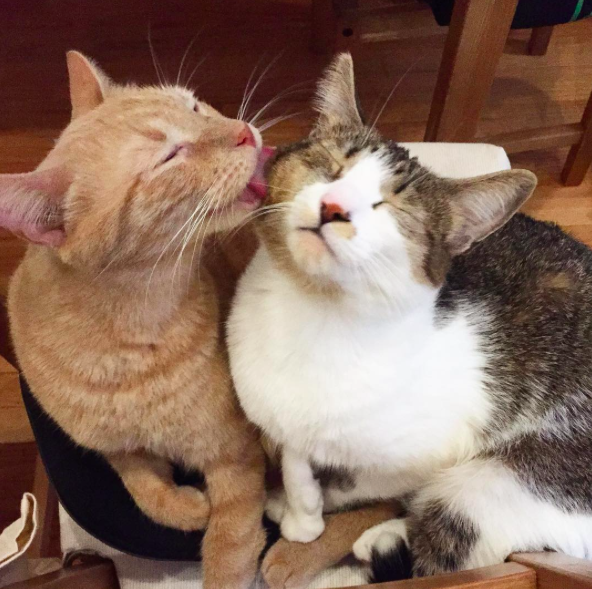 The two were kept apart for a few weeks, but then Louie couldn’t resist snuggling up to his new brother.

“I think Louie initiated the cuddling because he loves the attention and loves being warm,” Tsaih told InsideEdition.com. “Mori is actually a very patient and accepting cat despite his anxious tendencies, and just went along with it.” 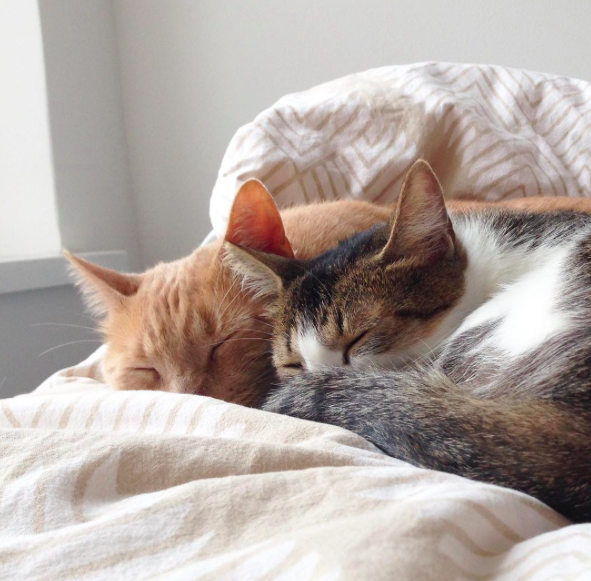 Now, the two are absolutely inseparable and get along great!

You can see more of their adorable pictures on their Instagram page.