Man Frees Moose Tangled In Christmas Lights Outside His Home

There are roughly 1,000 moose that call Anchorage, Alaska, home during the winter months, so it is not uncommon to see one roaming around. However, some are more curious than others and get themselves in trouble.

Just like the rest of the country, homeowners in Alaska have decorated their homes for Christmas with sparkling lights around their front porches and over their bushes.

A large female moose was strolling past a home in Anchorage, Alaska, and became mesmerized by the twinkling Christmas lights on some bushes next to the front porch. She managed to get a string of lights tangled around her face. 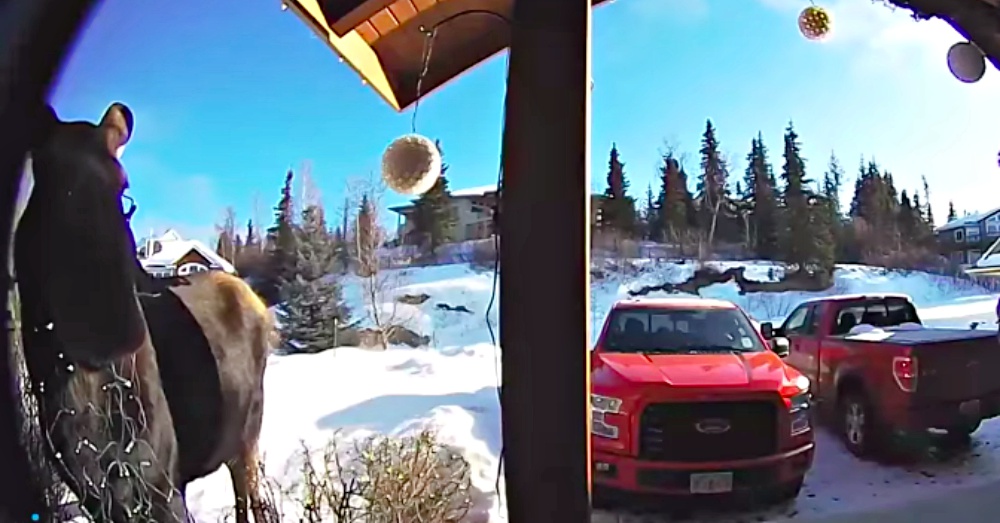 The home had a Ring doorbell that alerted the homeowner that there was motion at the front door. Thankfully, the man was home and came outside to help untangle the curious moose. As he stepped out the front door the moose turned to look at him. 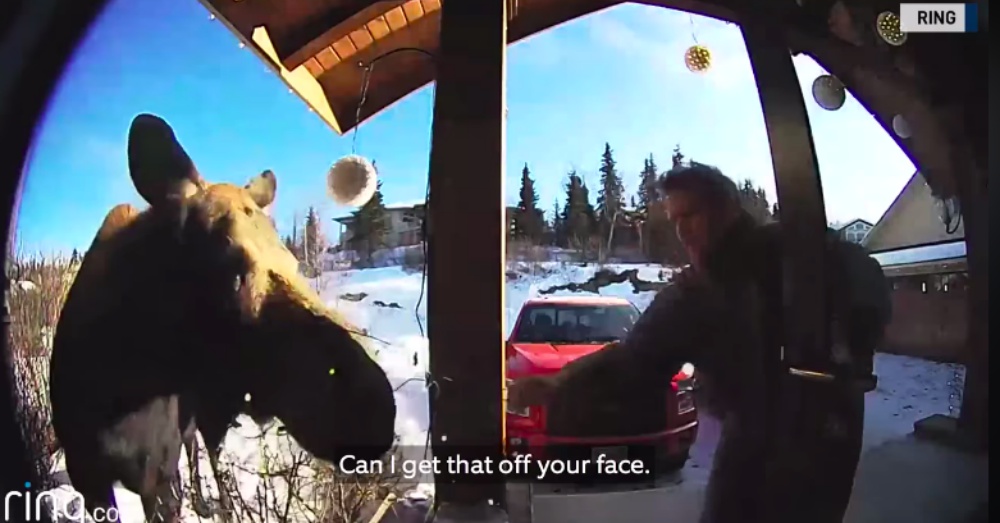 The man said, “Let me get that off your face.” He slowly approached the moose and grabbed the string of lights. The female pulled back which freed her, but she did not run off. Instead, she continued to stand next to the porch and inspect the bushes. 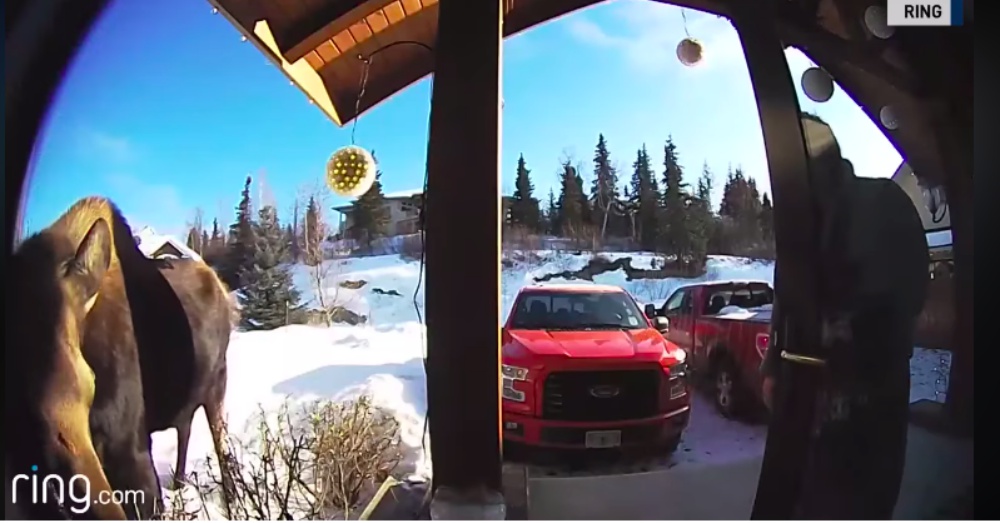 The homeowner thanked the moose for cooperating. Most people would be shocked to find a moose standing next to their front porch, but in Alaska moose are just friendly and sometimes nosey neighbors.

Watch the homeowner free the curious moose in the video below.

Buck Found With Christmas Lights Tangled In Antlers: Click “Next” below!