When you stop at a stop sign and look both ways before you cross, the last thing you expect to see is a moose trotting down the road.

Justin Babin and family, from Fort Kent, Maine are stopped at a stop sign, when all of a sudden they see an animal galloping in from the left. The little girl in the car exclaims, “That’s a horse or a donkey.” Babin replies with a laugh, “It’s a moose.” 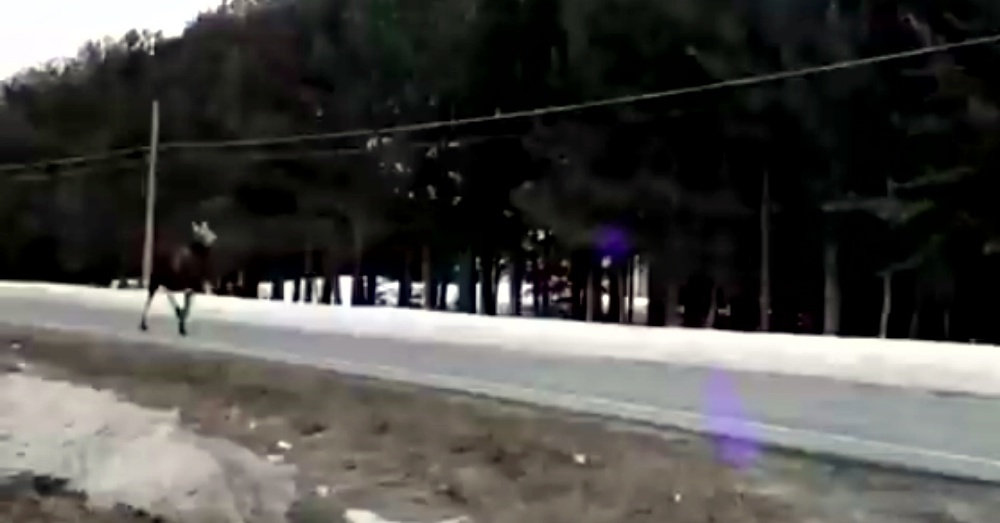 The sight would catch anyone by surprise. It is not common to see a moose trotting down the road. However, this clever animal knew the right lane to be in. The moose is seen keeping a steady gait as she travels down the road.

Without breaking stride, she sails right through the intersection. Apparently, traffic laws do not apply, and this moose had the right of way. 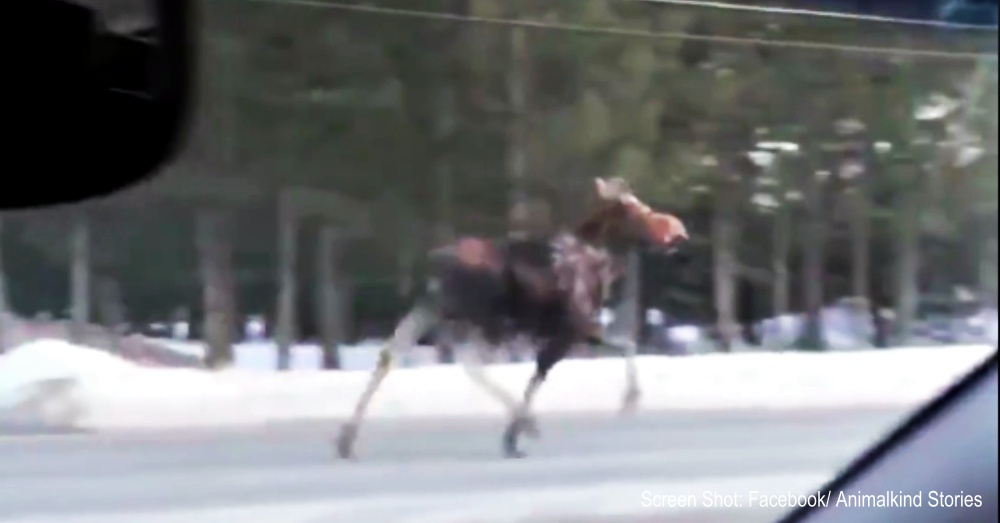 Animals are so fascinating. The video has gone viral with over 500K views. Check it out below.

Click ‘next’ to watch a cat hitch a ride on the back of a horse.

Heartbroken Male Kangaroo Found Standing Over His Dead Mate After She Was Struck By Car: Click “Next” below!