A Moose Suddenly Collapses In A Lowe’s Parking Lot, Then Shoppers Realize Why

Shoppers were walking back to their cars in Anchorage, Alaska, when they got to witness an amazing sight: A mother moose giving birth to a baby — inside a Lowe’s parking lot.

For nearly nine hours, a mama moose laid in the parking lot in labor, awaiting her newborn calf. Lowe’s employees fenced off the area around the moose to prevent shoppers from getting too close. The people who did want to watch quietly did so from a distance so they wouldn’t disturb the moose. 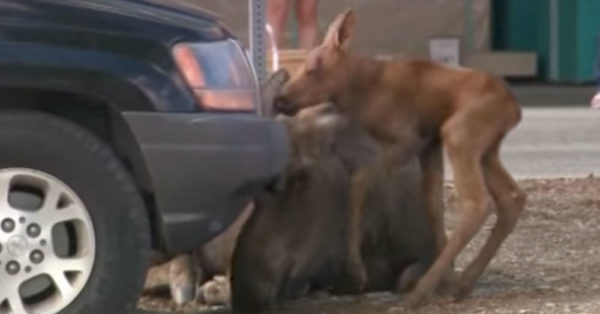 The mama moose laid there while her baby was born and took his first steps. It didn’t take long before the baby was up and walking around. The proud mama also gave her young one some kisses to welcome her newborn into the world.

It seems a little bit strange to describe this baby moose as a “newborn,” considering that this baby moose already looks like a fully grown deer! But if you think this baby looks big now, just wait till s/he’s full grown. Depending on the gender, this “little” baby could grow to be anywhere from 600 to 1,300 pounds. 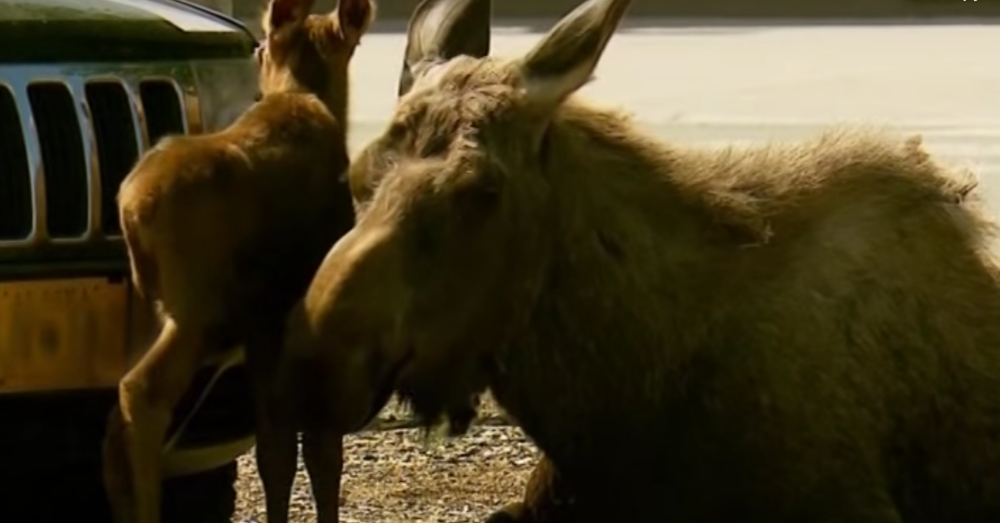 What a beautiful thing to witness! Thankfully, someone caught the two of them on camera. It’s not every day that you get to see something like this. Watch the adorable duo in the video below: