‘Moose On The Loose’ In Alaska Snacks On Jack-O’-Lantern

Every year, millions of pumpkins are carved and placed outside homes as decorations for Halloween. All the time spent on finding the perfect pumpkin and then carving are of no concern to hungry wild animals.

Wild animals see these decorative gourds as free food and some help themselves to the grinning pumpkins. While squirrels and deer will happily eat your jack-o’-lanterns, a gigantic bull moose was spotted in Anchorage, Alaska, helping himself to a freshly carved pumpkin at the end of a driveway. 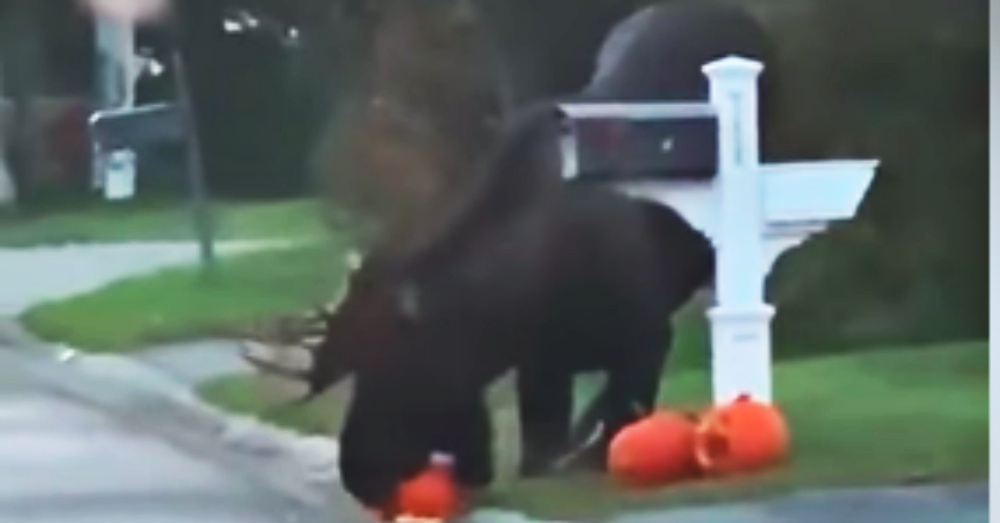 The family had three jack-o’-lanterns placed around their mailbox and the moose picked one to bite into. John and Billie Tuck were driving through the neighborhood when they spotted the moose. They quickly took out their phone and started recording him kneeling on the grass to devour the carved pumpkin.

John said, “It’s 8.49 in the morning and we’re in the car… there’s a moose on the loose eating a pumpkin.” For their safety and to not disturb the moose, they observed from afar. “You do not want to be right across from a moose, because a car is no match for the moose… He’s chowing down – hungry!” 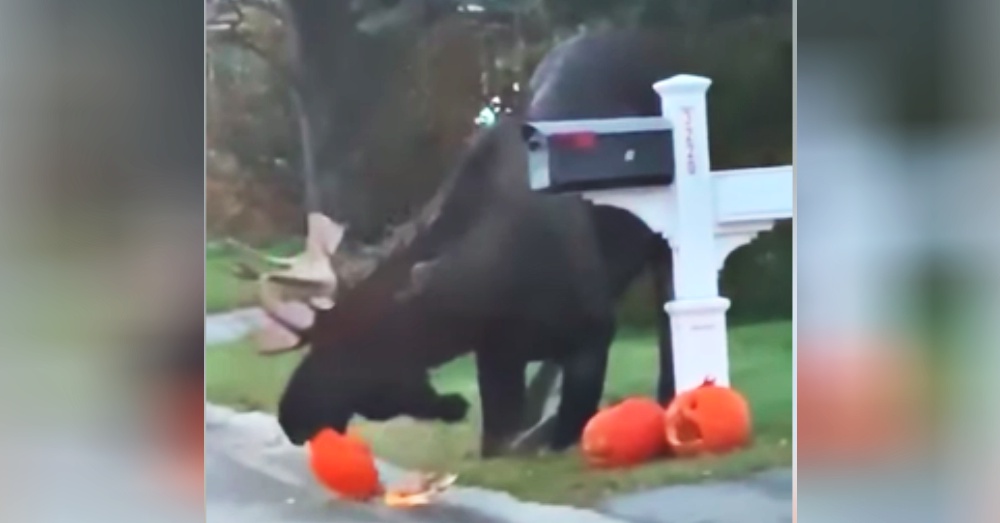 The moose picked up the pumpkin and shook his head to tear off a piece. He was unfazed by the car in the distance and continued to devour the pumpkin.

Apparently, one pumpkin was enough for the enormous moose’s breakfast because he left the other two pumpkins untouched. 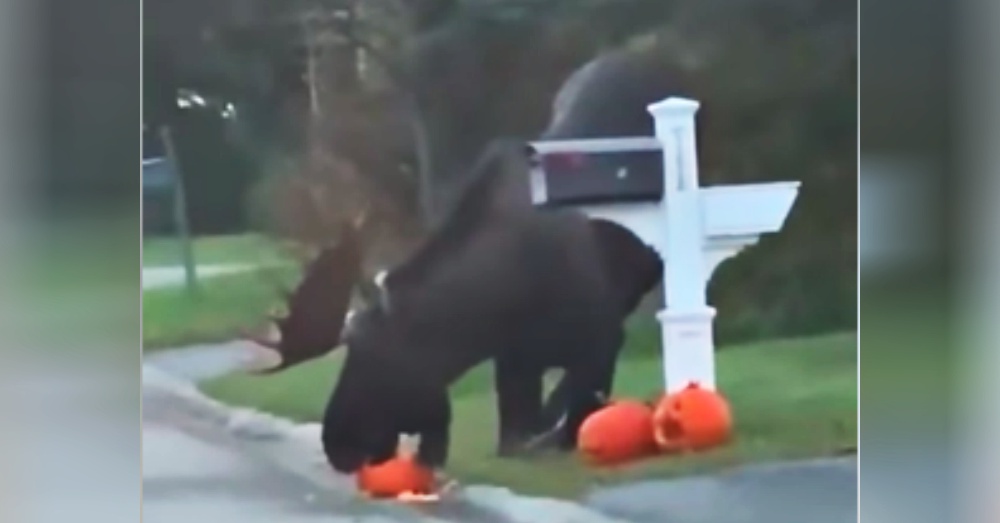 The video went viral and people couldn’t resist commenting. One person wrote, “No wonder why the other pumpkin has a terrified expression on its face!” Another said, ” I would love to see this in my yard. They are such beautiful animals. He is having a good time also.”

Pumpkins are delicious and nutritious for wild animals, so please place them (only if they are mold-free) in the woods instead of the trash.