Fighting Monarch Caterpillars May Show Us How To Save The Species

Monarch butterflies are as beautiful as they are delicate.

Before reaching that stage, however, they begin as ravenous brutes, willing to chew anything and everything in their way.

Before metamorphosizing into their final form, monarch butterfly caterpillars allow absolutely nothing to get between themselves and food, not even other caterpillars. According to the New York Times, when two caterpillars find themselves fighting over the same source of food they become tiny terrors. They will attempt to bump, tackle or push the other away. 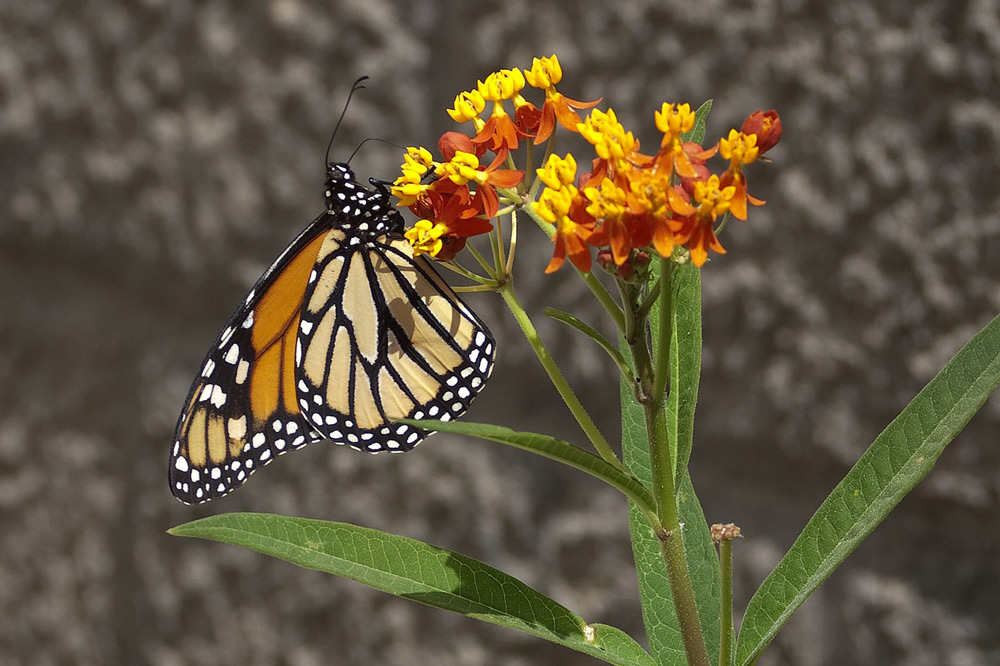 “I went to grad school with a guy who played rugby in college,” Alex C. Keene, a neuroscientist at Florida Atlantic University and author on a study on caterpillar aggression, told the New York Times. “A flying head butt is a fair assessment.”

Obviously, this is behavior they grow out of once they become adults. But it’s fascinating science, nonetheless, and the subject of a paper published in the journal iScience. 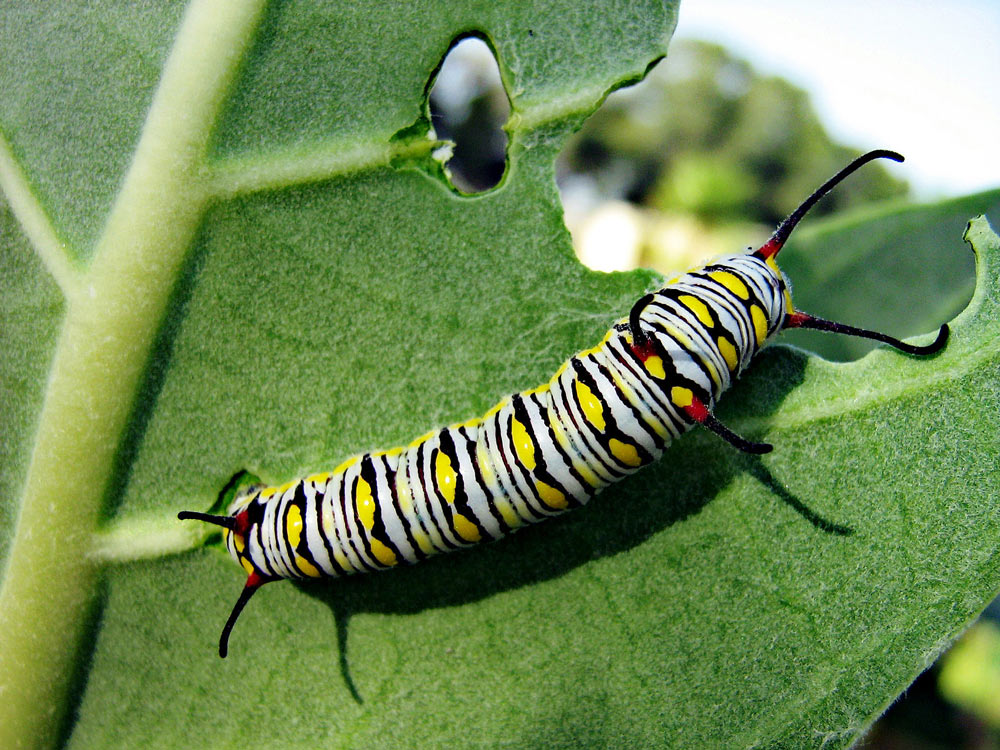 Source: Wikimedia Commons
As caterpillars, monarchs can be aggressive. 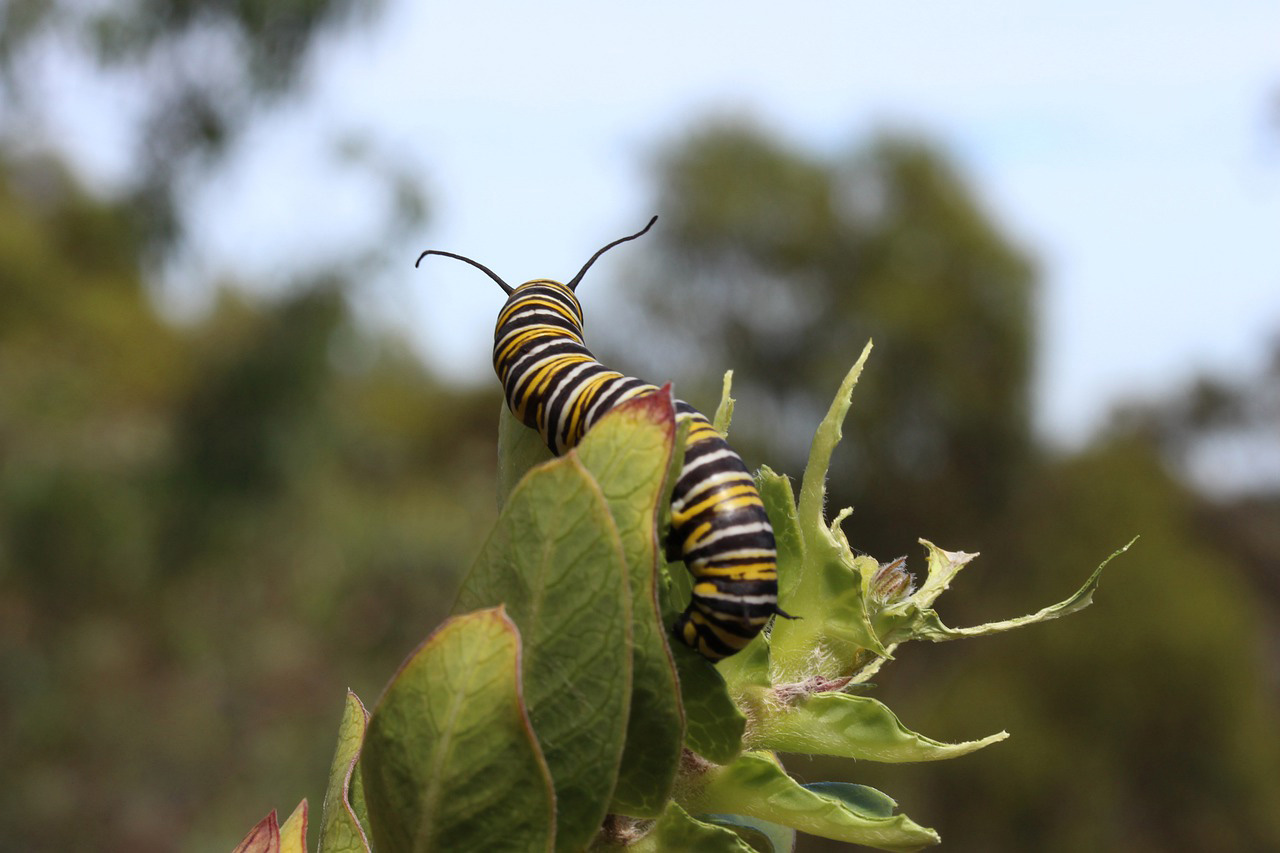 Source: Pixabay
Monarch caterpillars will bump into each other when fighting for food.

Outside of this study, caterpillar aggression is a rare topic for scientific journals. Keene, for example, usually sticks to researching fruit flies and cave fish. He only took up the caterpillar study after his wife spotted two of the insects fighting on a milkweed plant.

“I found (videos of the behavior) on YouTube, so I knew it was real and not just in our garden,” Keene told Forbes. 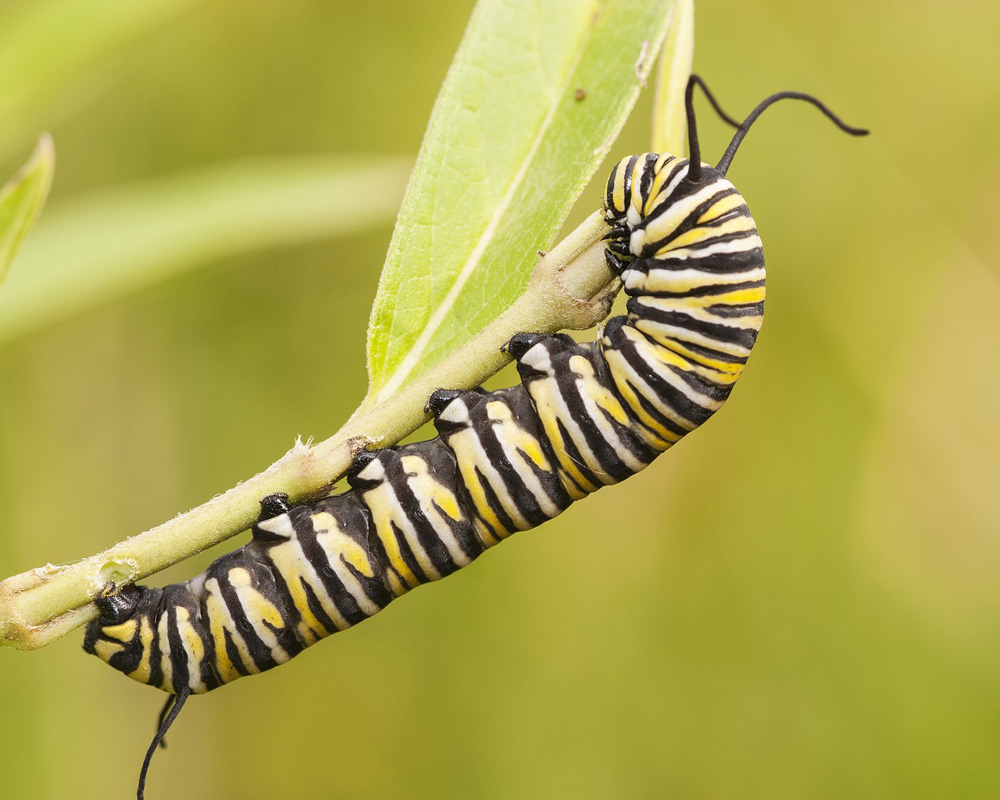 Source: Needpix
With monarchs and milkweed in decline, new research is hoped to show how to save these species.

Scientists are now starting to see why this topic should get more attention, especially with the rapid decline of the monarch and the plants they feed on.

“It’s interesting to think about how this would potentially impact the survival of these caterpillars, when they’re crowded onto plants,” D. André Green, a monarch butterfly biologist at the University of Michigan, told the New York Times. “The amount of milkweed is decreasing. This may become a bigger issue.”