Vets Wanted To Euthanize Her After She Hurt Her Leg, But Someone Believed In Her…

Molly the pony was stuck in her barn with a badly injured foot after Hurricane Katrina. It was so bad that the vets suggested she be euthanized. But her adoptive parents, Kaye and Glenn Harris, knew that losing her was not an option.

They were willing to do whatever it took to make their sweet Molly better. Luckily, they were able to amputate her leg and even fit her for a prosthetic to help her walk. The surgery was a success and she recovered well. As she grows, she will need new prosthesis, but that’s a small price to pay for her to be able to have this second chance at life. 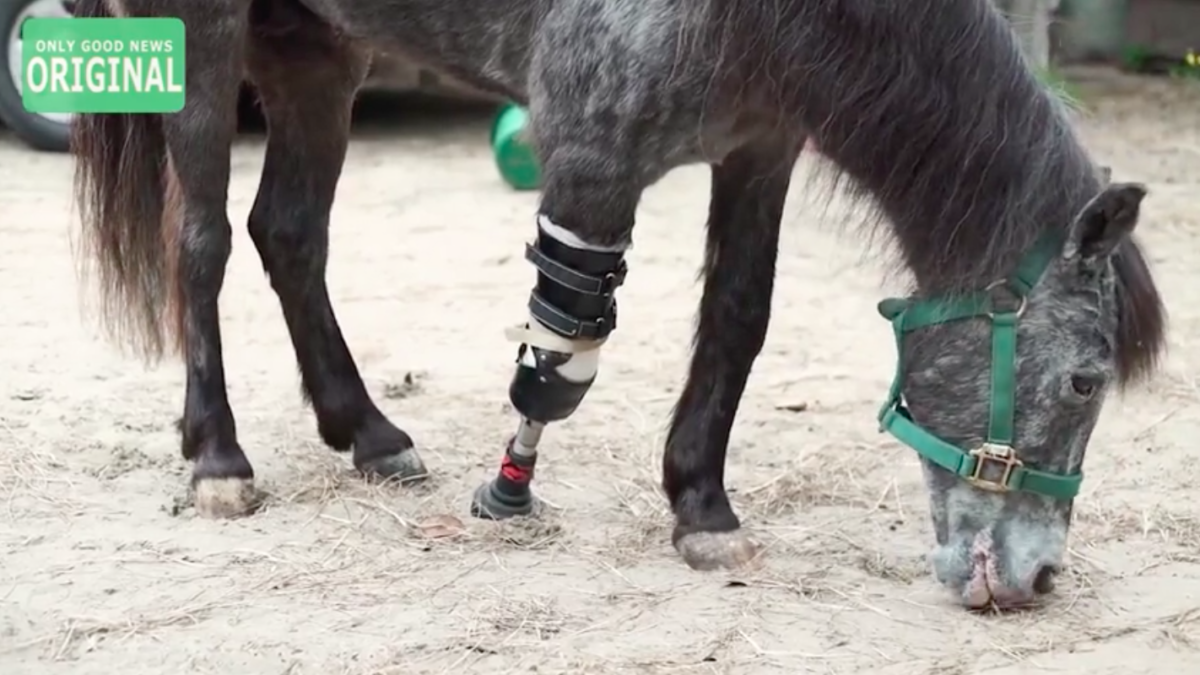 The Harris’ take such great care of Molly and shower her with love. Molly’s affectionate personality is contagious, and her fighting spirit is amazing! Despite everything she’s been through, she has remained positive and has always been so cooperative. 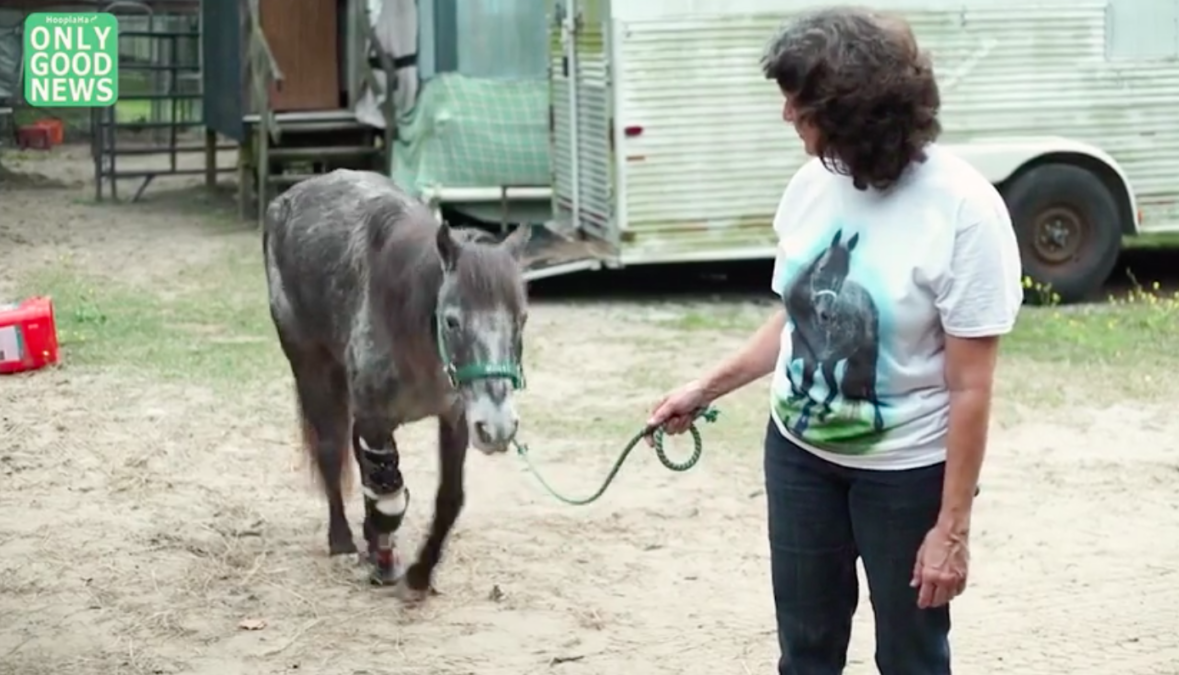 Kaye says that Molly is the “most human” pony she’s ever had. They have a very strong bond, and Molly is definitely one-of-a-kind. 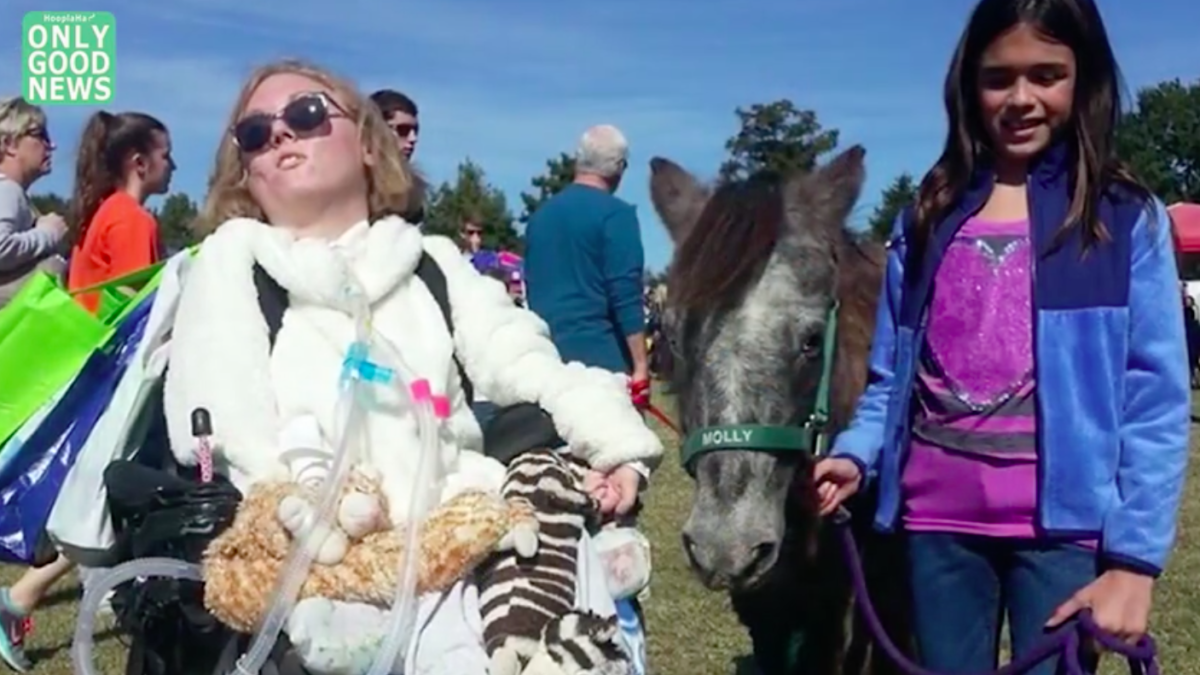 Since she had such a positive attitude, despite everything she had been through, her humans knew they had to put it to good use. Now, Molly uses her spirit to inspire and encourage others to have courage and to never give up. She visits places such as schools, nursing homes, cancer camps, Ronald McDonald House, Children’s hospitals, and more! 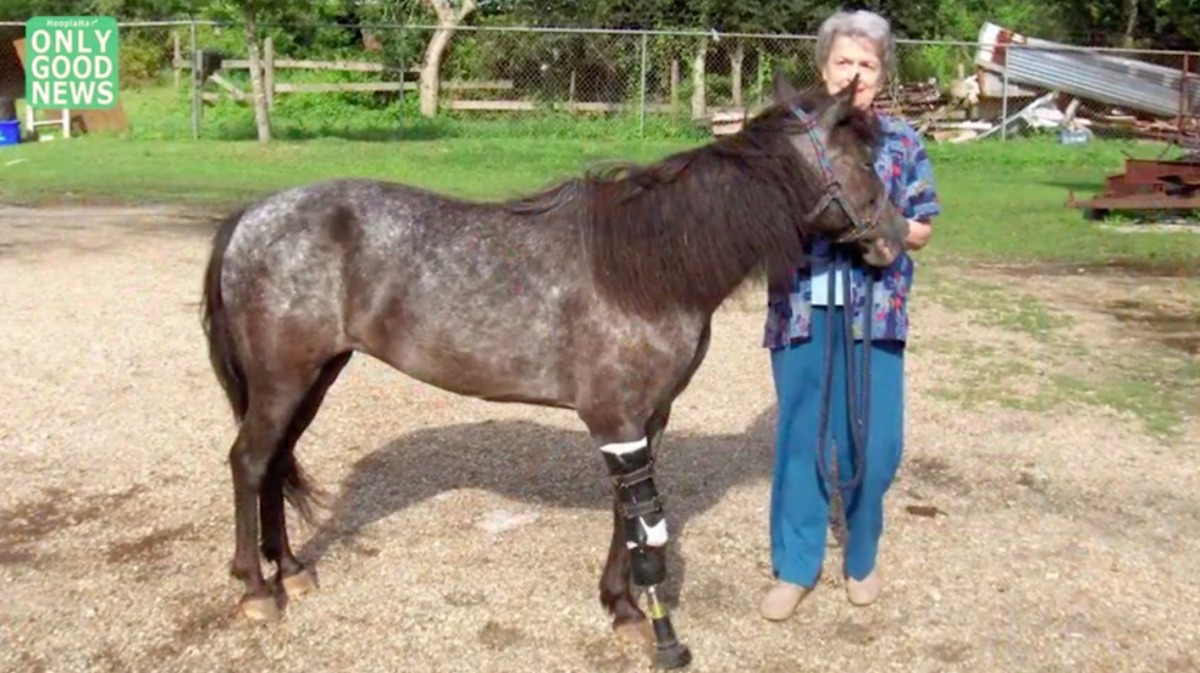 They took a horrible incident and turned it into something positive. Hear more of Molly’s story in the video below: