I’ve heard many of my wife’s friends say they were “sick of men” and wish they could just marry their dog. Well, a former Page 3 model went ahead and actually married her dog on live TV.

49-year-old Elizabeth Hoad from Ascot in Berkshire was a successful model back in the 80s. She has had several flings with various celebrities but she was “getting sick” of going on a slew of unsuccessful dates.

Despite the fact that she has a 25-years-old son, Elizabeth claims to have had bad luck in the love department. On ITV’s ‘This Morning’ she revealed that she’s been on 221 unsuccessful dates and was tired of trying to find a long-term partner. 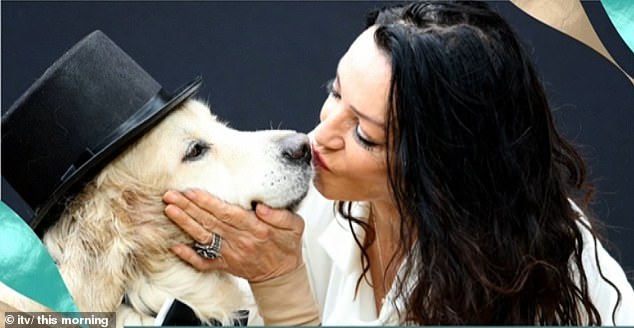 Elizabeth married her 6-year-old Golden Retriever on live T.V. after rescuing him last year following the death of her other dog:

The pair were pronounced “hound and wife” with Alison Hammond as the officiant and Love Island’s Kem serving as the best man. Elizabeth made a promise to her dog Logan, “All that I have in my doggy treat cupboard I promise to give to you.” 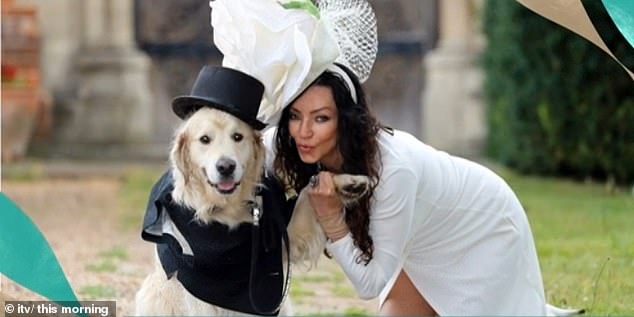 Elizabeth wore a long-sleeved white wedding dress with a giant white rose fascinator, while Logan wore a black tuxedo and a matching top hat. Instead of a ring, the “bride” placed a bracelet around his collar to make it official.

“He’s [Logan] saved me and I’ve saved him. I was a broken woman when my last dog died. I’ve given up on dating, I tried every app – millionaire match, Tinder, but it doesn’t have any luck. Maybe it’s me?”

After her breakup with a man she had met online, she says that she “Had previously joked about marrying Logan, and I thought ‘why not?’.”