The world isn’t kind to orphaned kittens. Not only do they need their mother’s milk to survive, thousands are killed each year in overcrowded shelters struggling to provide space, food, or funding. The issue becomes especially dire during kitten season, when shelters are overwhelmed with an unmanageable influx of strays. Many of them, sadly, are fast-tracked for euthanasia. 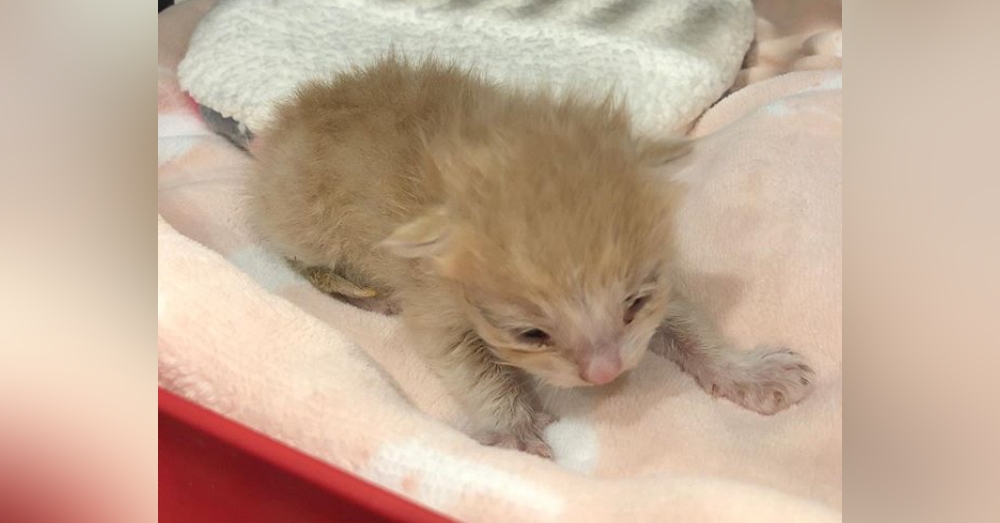 This appeared to be the fate of Mochi, a scruffy orange-and-white kitten who found himself all alone in a Las Vegas animal shelter. Unless somebody intervened, the scruffy little kitten, Mochi, would be killed by the end of the day.

Fortunately, Hearts Alive Village Las Vegas got wind of this unjust scenario and plucked Mochi off the kill-list just in the nick of time. Back at the center, a volunteer foster mom immediately offered to take Mochi home.

“I saw his sad little face all alone and so scared and decided I would take him,” Lika told Love Meow, recalling how the tiny kitten was covered in dirt and poop, and suffering from an eye infection. 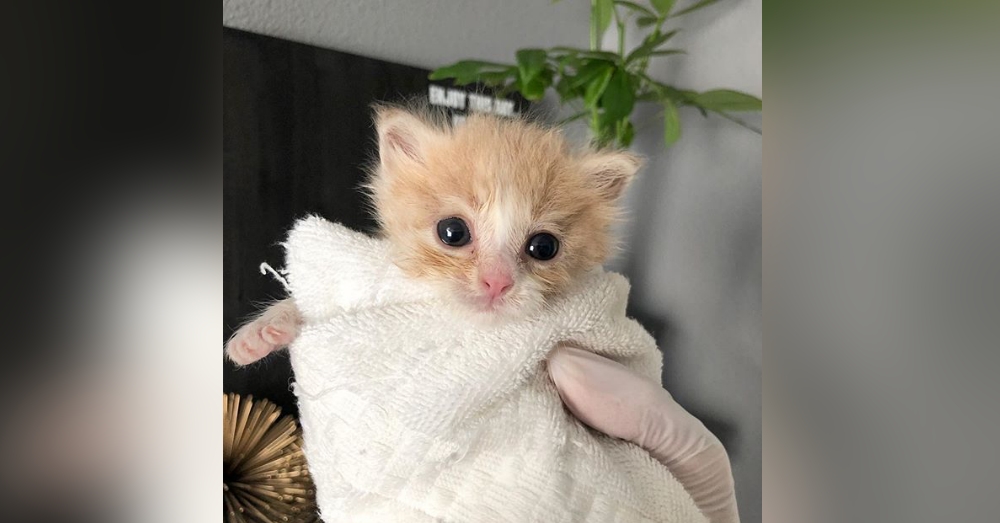 Lika quickly took Mochi back to her house, where she administered a bath, eye drops, and some medication, which seemed to briefly revive the kitten. The danger was far from over, however. The very next day, Mochi was struck with severe gastrointestinal issues and began rapidly dropping weight.

“Motherless neonatal kittens have the highest risk for developing infections and have a significantly less chance of survival because they lack the nutrients from their mom,” Lika explained. “Trying to pin point the issue in such a tiny kitten is critical.” 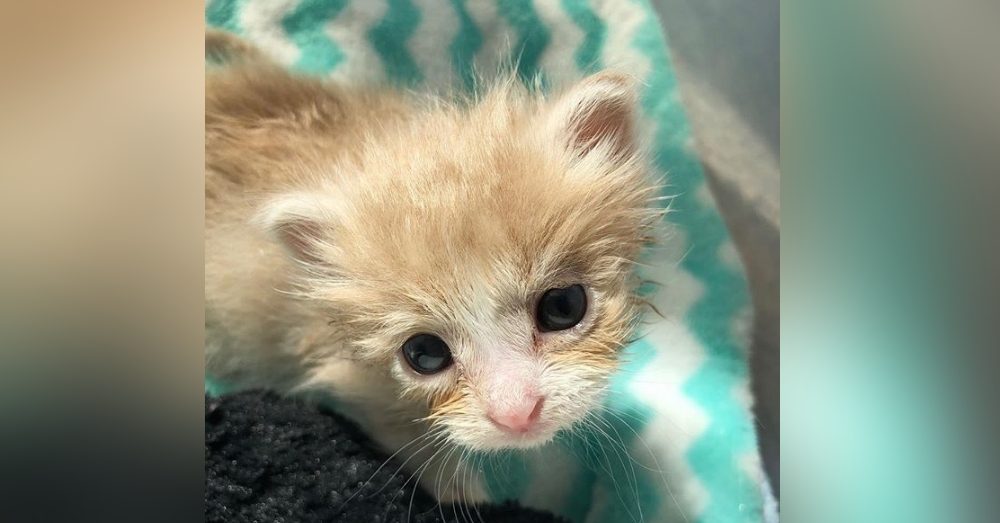 Regardless, Lika — who doesn’t take her role as a foster mom lightly — was determined to help her furry young charge recover. “As a foster mom you give everything you have to fight for them,” she said.

She placed little Mochi on two medications, bottle-fed him around the clock, and made sure the little kitten felt supported with plenty of cuddles. A day later, the little kitten appeared more energetic and displayed a new appetite. 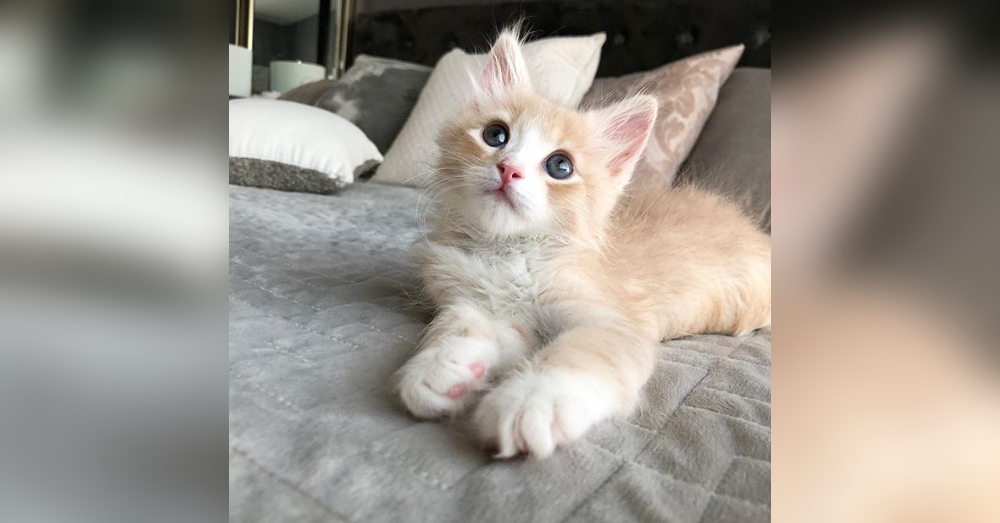 “I was confident we would beat this,” Lika told Love Meow. “He’s back! He beat it,” she cheered. “Once he felt better his true personality came out and he was the happiest, fluffiest little boy.” 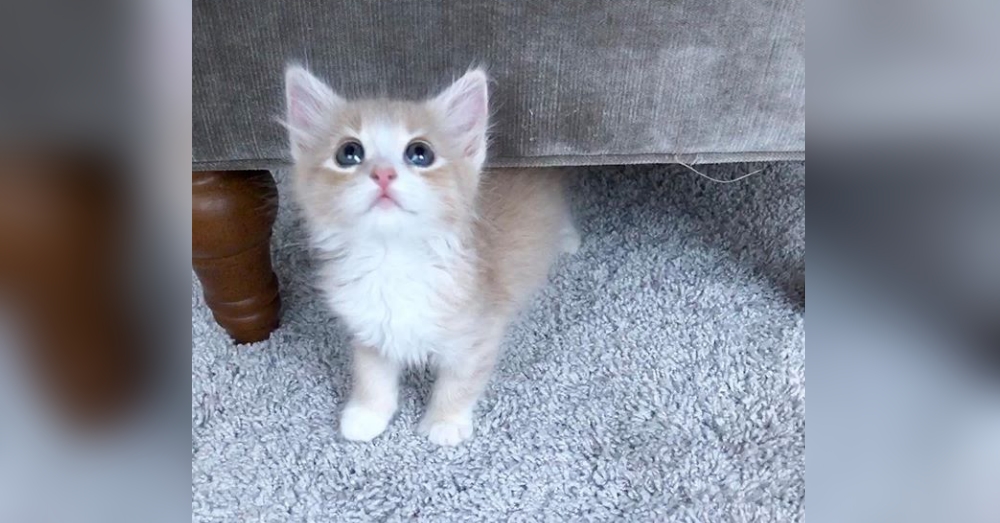 Nowadays, Mochi is playful, fluffy furball who loves belly rubs, playtime, and is growing with remarkable speed. “Fostering a critical care kitten can be very hard and emotionally draining but the rewards are by far greater,” she admits. “Seeing him thrive is my pride and joy.”

Check out Mochi’s incredible transformation in the video below!