Dogs teach us to love unconditionally and one couple’s devotion to their senior dog has gone viral.

Tom Antonio and his family live in Georgia but often visit Virginia Beach. They would take their beloved Chesapeake Bay Retriever named Cocoa to the shore and it became one of the dog’s favorite places to go.

However, as the years passed the once energetic dog started to slow down, and at the age of 16 was unable to walk. But the family continued to care for her and ensured she had the best quality of life. 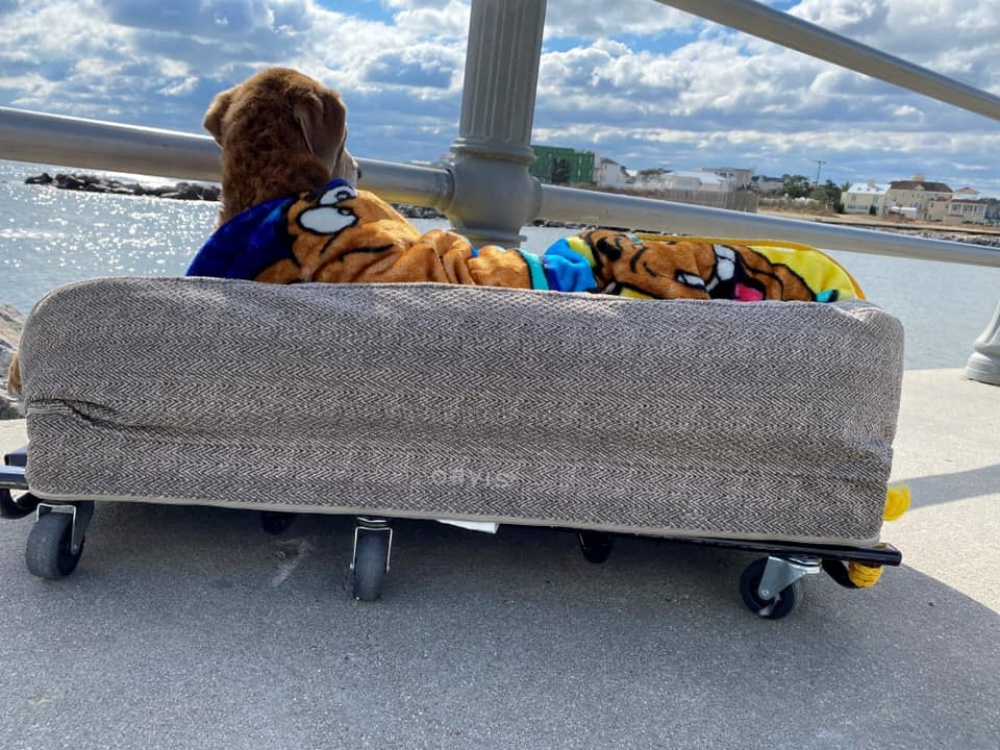 Antonio and his wife, Lauren, created a mobile bed by putting a plush dog bed on wheels and attached a rope so they could still take Cocoa for walks.

Lauren wrote, “She loved going for walks and Tom really knew what it meant to take a dog for a walk. They went 100,000 steps together on the VB boardwalk in one week alone!”

The family was simply returning a small portion of the unconditional love Cocoa provided for so many years, but they never expected their story to go viral. 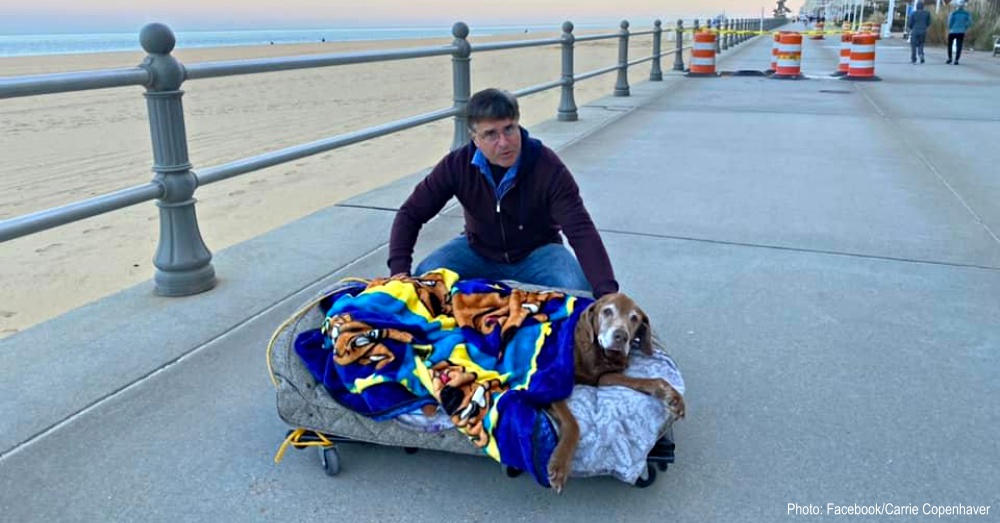 Carrie Copenhaver, a resident in Virginia Beach, spotted Antonio “walking” Cocoa along the Virginia Beach Boardwalk and snapped a photo. She shared it on Facebook and it instantly went viral.

“When I posted this, I had no idea who this man was. It was just a moment in time I wanted to immortalize… in retrospect I’m so grateful I did,” Copenhaver posted. 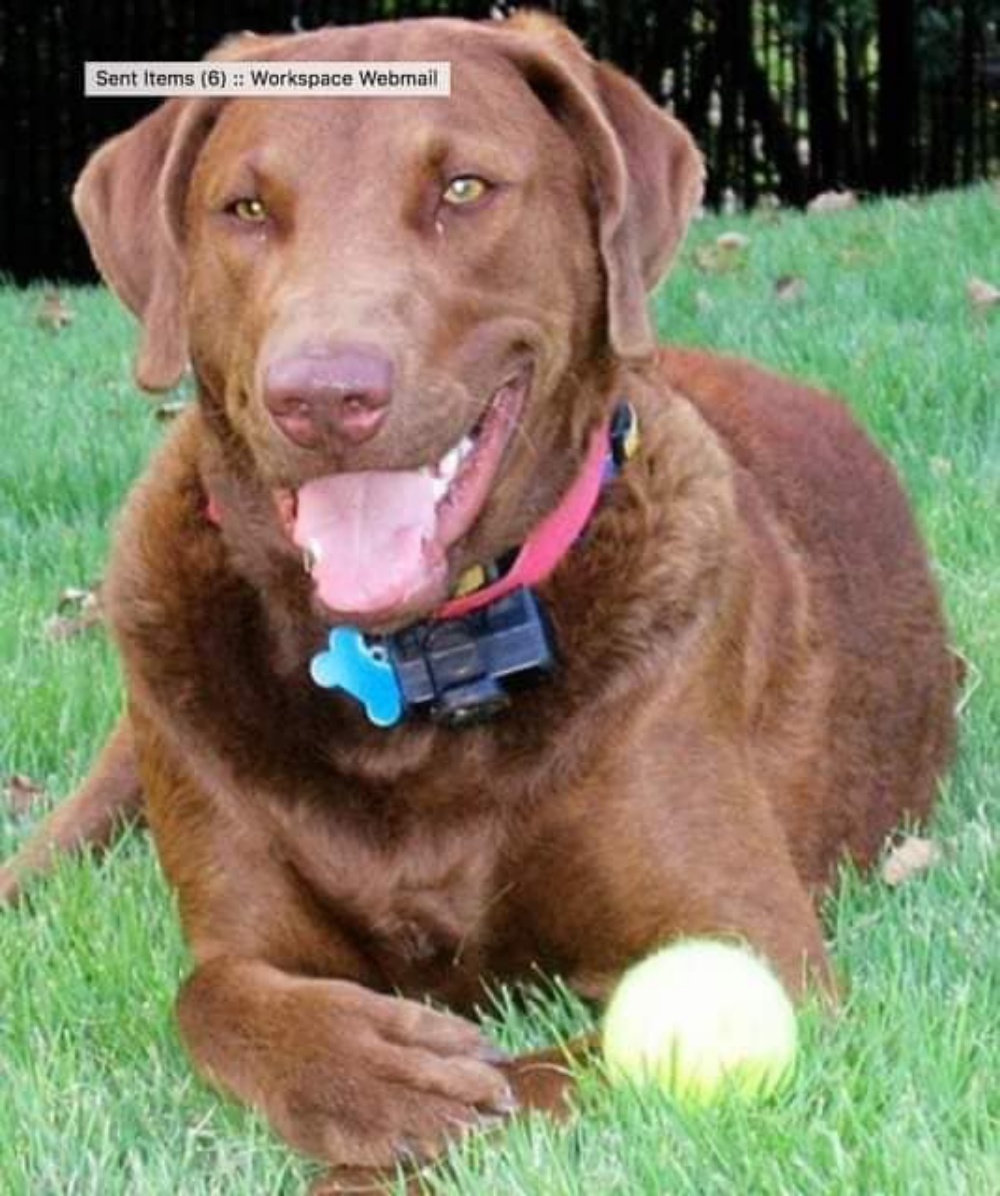 Lauren reached out to Copenhaver and told her that shortly after the photo was taken Cocoa peacefully crossed the Rainbow Bridge.

“We spent over 16 sweet years together and the last 6 months without her ability to stand brought us even closer. She has left a large void in our heart and our home. She wasn’t able to greet people or dogs anymore on her own, but she loved it when people came up to her. Thank you for stopping to greet her and for sharing her with your friends on Facebook,” she wrote.

A photo of Cocoa from her younger years was shared in the post by Copenhaver and Lauren commented, “Cocoa was a beautiful, gentle soul. We loved her with our whole hearts.”