Mo, a 14-year-old Chesapeake Bay retriever, accompanied her owners on a hunting trip last September in Idaho and was relaxing in their camper. Unfortunately, someone left the camper door open, and Mo ran out to look for her owner.

Her owners, Darwin and Cindy Cameron, searched everywhere for her, but to no avail. The couple feared the worst and didn’t think she’d survive the brutal winter outside. This winter just happened to be one of the worst ones that Idaho had seen in a long time, with record snowfalls and the coldest temperatures in over 100 years. 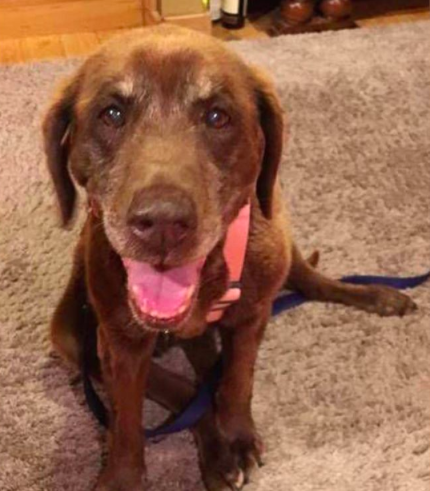 But thankfully, Mo somehow survived the ruthless winter. Nine months after she went missing, a farmer in Garden Valley named Cheri Glankler, found Mo collapsed and covered in ticks and fleas on a ranch. She took the poor dog in and took care of her. 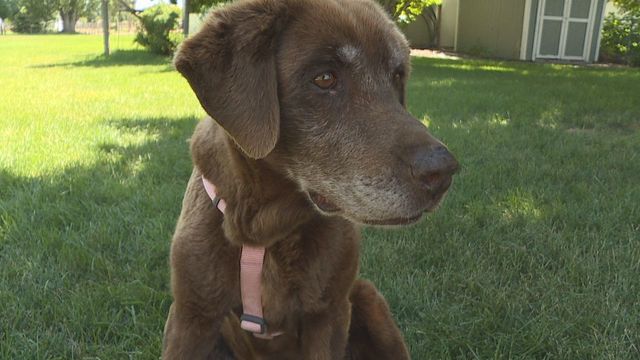 Glankler then posted pictures of Mo on Facebook, in the hopes that the owners or someone would recognize her. After tons of people began commenting on the post, Glankler finally found the owners. After 288 days apart, the Camerons were finally able to reunite with their beloved furbaby!

Mo is now recovering and doing much better. Due to her age, she has arthritis which she is now on medication for. While she was missing, she lost nearly 50 percent of her body weight. It was obvious that she had been on her own for the entire nine months and wasn’t being taken care of by someone. Thankfully, she has since gained weight and is slowly walking around on her own. It’s unknown how Mo managed to survive the winter and all of those months outside alone, but her family is just so happy and grateful to have her back home safe. 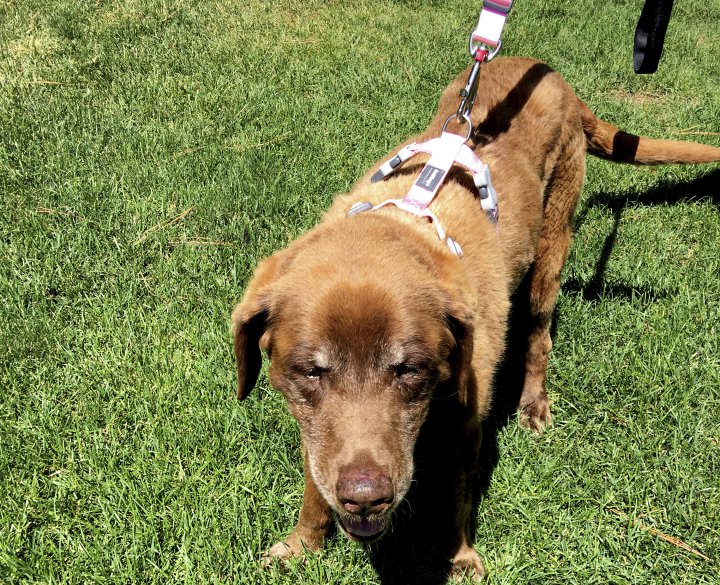 Learn more of the story in the video below: