Missouri Has Led The U.S. In Puppy Mills For Nearly A Decade Running

Missouri has more documented puppy mills than any other state in the U.S., leading the Humane Society of the United States’ ‘Horrible Hundred‘ list for the better part of a decade.

According to the report, Ohio, the runner up, had nine puppy mills on the list; Illinois had two.

Nearly 26 pages of the HSUS’ 86-page report involved Missouri breeders, a number of which have been linked to US Department of Agriculture code violations at the minimum level of care and cleanliness. 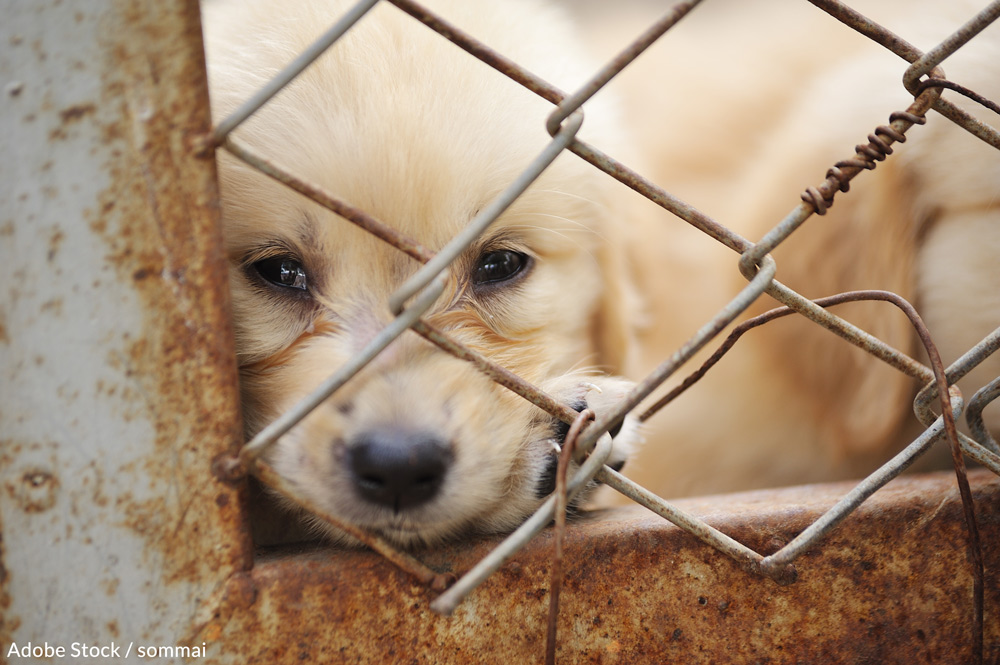 Missouri has more puppy mills than any other state.

In multiple undercover investigations, the Humane Society of the United States recorded video of distressed dogs circling cramped, barren cages and others pacing in pens at numerous dog breeding facilities licensed by the USDA.

“Despite the visibly cramped and poor conditions, the puppy mills visited by the investigator had not been cited recently for ‘direct’ or ‘critical’ violations—USDA violations that would indicate neglect or suffering in animals,” the HSUS reports. “A few of the operations were cited for cleaning violations or failure to give access to inspectors, but the majority were found to be in compliance with USDA’s minimal and insufficient standards—leaving hundreds of dogs to languish for their entire lives in dismal, yet legal, puppy mills.” 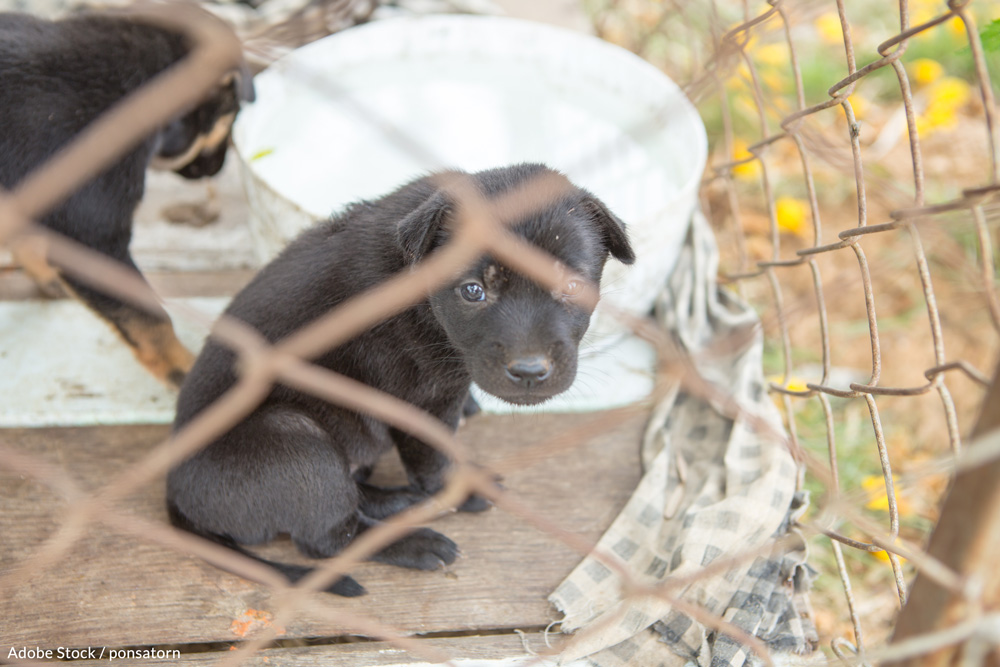 Until 2021, it was legal in Missouri to put a full-grown dog in a cage the size of a dishwasher, and leave it there for life. As Governing reports, voters there approved a ballot measure in 2020 aimed at eliminating puppy mill cruelty, but Gov. Jay Nixon soon repealed the Puppy Mill Cruelty Prevention Act. The Missouri legislature then approved new standards the governor said will “protect dogs in a way that won’t put responsible breeders out of business.”

The measure increased fees for obtaining a license to operate a puppy mill, and requires breeders to provide dogs three times the space previously required; 24/7 access to an outdoor exercise run; and bans wire cage flooring from being used in new enclosures. 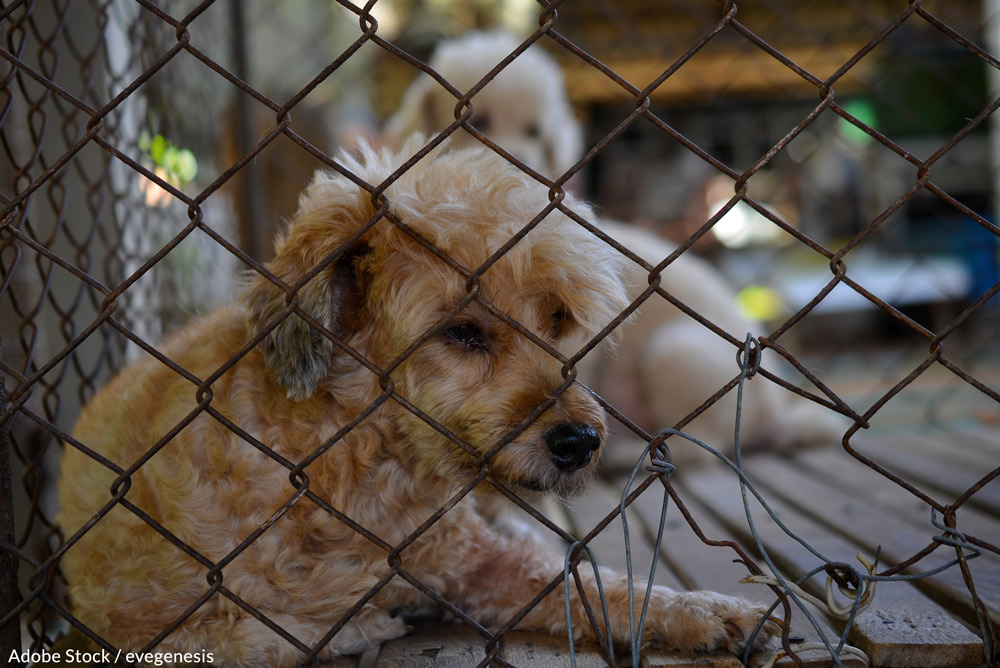 Stopping short of an outright ban, Gov. Nixon’s compromise has led to some unforeseen situations. Some breeders have complied with the new rules and purchased the more expensive licenses, but those that cannot, or will not, have abandoned their dogs or sent them to auction.

“Breeders who are shut down can sell their dogs to other breeders at auctions and make tens of thousands of dollars, pushing the animals into yet another cycle of breeding and abuse at a different puppy mill,” the HSUS reports.

Puppy mill animals face a greater challenge on the road to freedom than ever before. 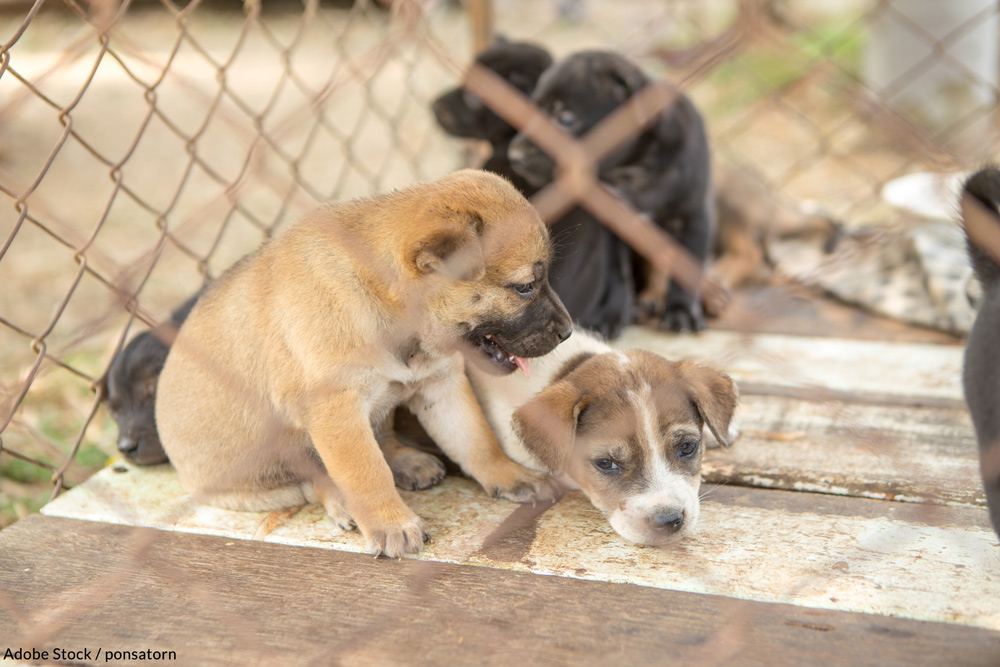 Out of the 2,900 puppy mills the U.S. Department of Agriculture licenses nationwide, about 800 are located in Missouri. Meanwhile, means of federal agency enforcement of the Animal Welfare Act was slashed under the Trump Administration.

“The USDA has drastically scaled back on issuing citations to breeders, giving them free rein to continue hurting animals even after they have been caught,” HSUS reports.

Join others in demanding an end to puppy mill suffering in Missouri. Click below to make a difference!

Missouri has more documented puppy mills than any state in the U.S., with untold thousands of dogs languishing in isolation.

The voters of Missouri voted to end puppy mill suffering in 2020, but the governor vetoed the bill.

Demand an end to puppy mills in Missouri!