Man Discovers His Missing Dogs At A Pet Adoption Photoshoot

One of the saddest moments that any pet owner could possibly face is when their beloved dog runs away. That is what happened to Sandy Hernandez when Ragnar and Kloud, his Siberian Huskies, jumped over the fence and took off. Their father was devastated over the missing dogs and he even put out flyers, but they didn’t show up. What he didn’t know is that they were found on the street and taken in by Miami-Dade animal services.

The man who had located the dogs and turned them over ended up seeing the flyers. He told Sandy that he should go down to the shelter, and when the father arrived, he saw that the dogs were already involved in a photoshoot for pet adoptions. 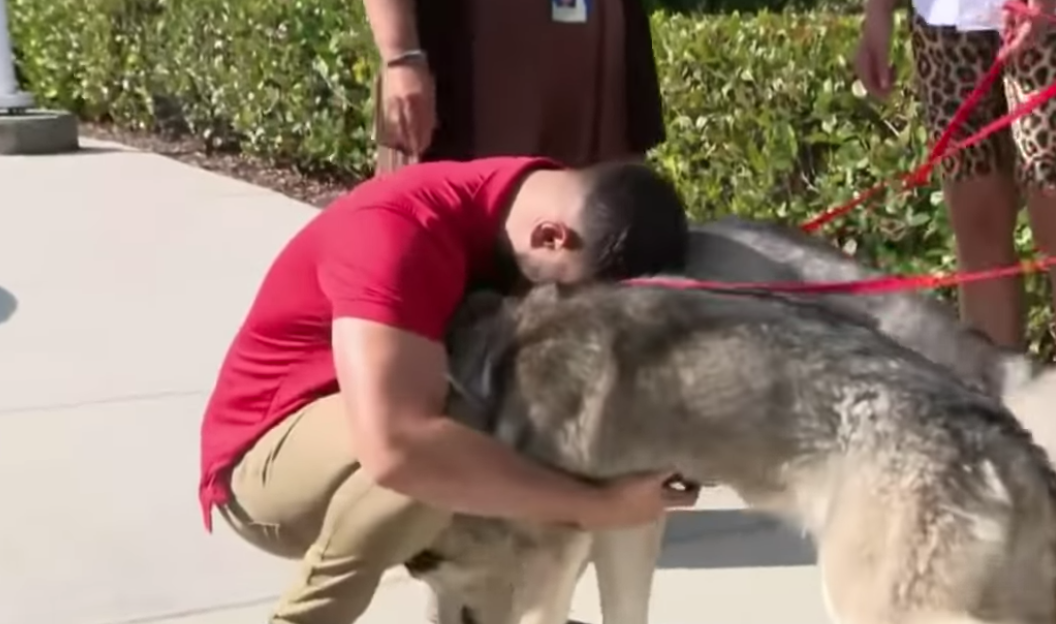 He was thrilled to see his dogs again and he didn’t even park his car completely before he ran to greet them. Fortunately, they caught the entire reunion on video.