When Charles adopted a 2-month-old brown tabby, Brandy, he vowed to protect and care for the shelter kitten for the rest of her life. But Brandy disappeared from their backyard in LA just a couple of months after Charles brought her home. The man searched the neighborhood, visited all the local shelters, and put up fliers, but the kitten had vanished without a trace. Charles wouldn’t see his sweet shelter pet again for 15 years.

But then one day — out of the blue — Charles got a surprising call. His long-lost tabby had turned up at the Los Angeles County shelter in Palmdale, where the computer technician had lived all those years ago. 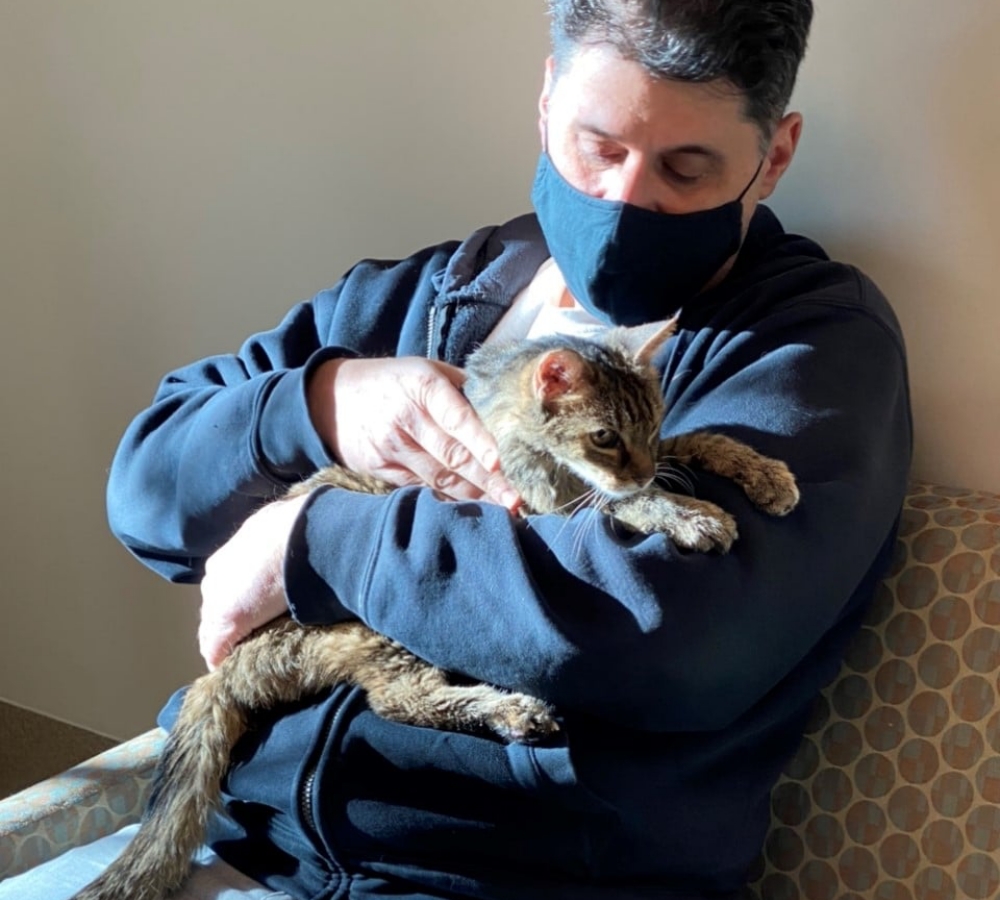 “I saw her, I picked her up and she started to purr and it was very emotional,” Charles told Spectrum News. “It was nice to have her in my arms again.″

But while reuniting with Brandy after these years was “incredible” and “amazing,” Charles couldn’t help but feel a pang of regret. “I did break down and cry because I thought about all of the years I lost from her,” he said. 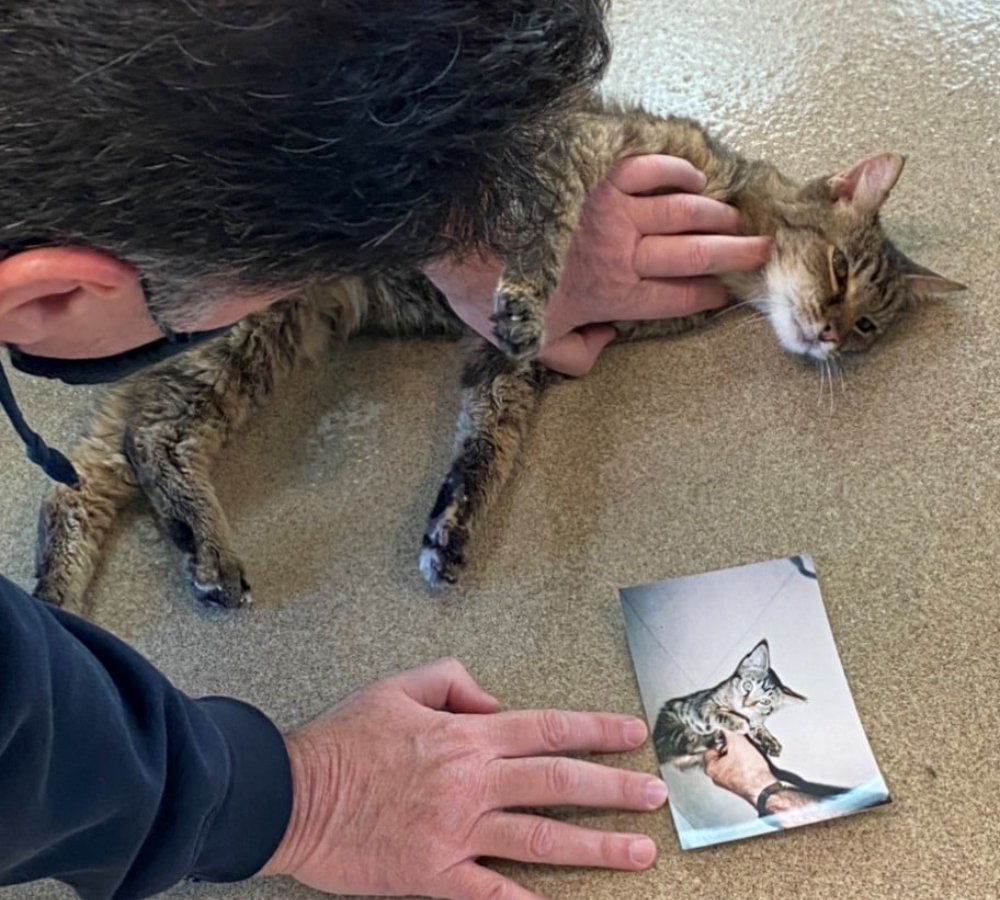 Nor did the elderly cat appear to have fared very well during her years away. Charles had hoped someone would give the missing kitten a home, but that person — in addition to failing to scan the cat for a microchip — had also neglected to give the cat much food or veterinary care.

Now Brandy’s nails were so long they cut into her paws, and the elderly cat only weighed 6 pounds. “She basically weighed as much as when she was a kitten,” Charles said.

REUNITED…AND HOME AT LONG LAST!After 15 years of being lost and away from her real home, Brandy was reunited to her…

Even so, Brandy was still the sweet, gentle girl Charles remembered, and her poor upkeep didn’t stop her from loudly purring upon finding her long-lost person. “She doesn’t have a lot of energy. But she seems very content,” said Charles. “She seems to be happy to have a home again.”

Congratulations, Brandy! We’re so glad you’ve finally been reunited with your owner. Don’t forget to microchip your pets!