Workers at a gym equipment warehouse in the Welsh town of Llanelli, U.K., were quite surprised when they found a seal pup near their stock of treadmills.

The workers tried luring the animal into a nearby river. A few days later, the same seal pup was seen in a ditch about four miles away. The seal managed to find the wreckage of a train that had derailed earlier in 2020, the RSPCA reports, and splashed around in one of the waterlogged containers before sliding out into the ditch.

Unfortunately for the seal, the derailed train had also been leaking oil, which seems to have covered the animal in an uncomfortable chemical slick. 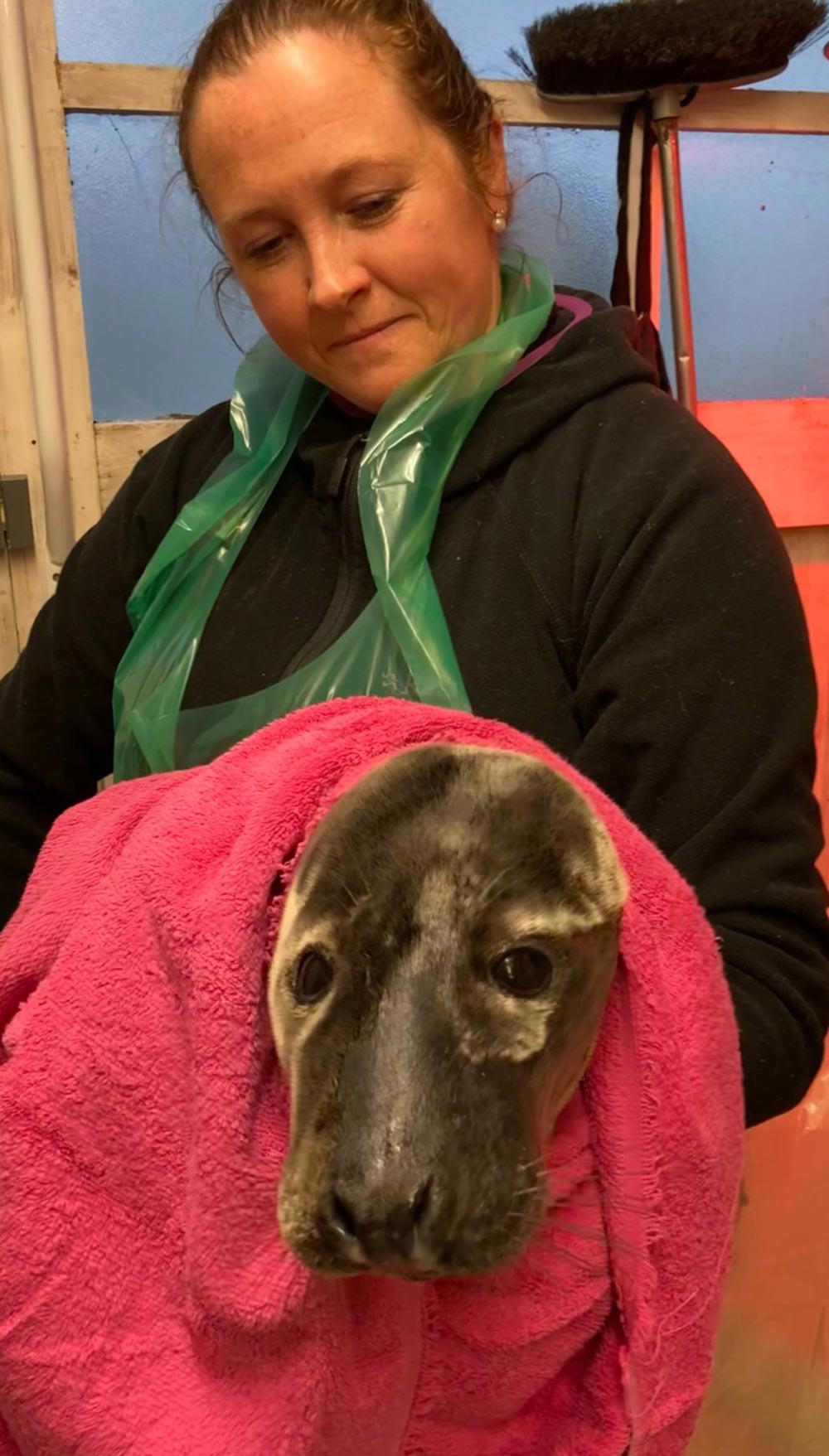 After being contacted about the second seal sighting, the RSPCA sent an inspector to rescue the animal, which was taken to the RSPCA West Hatch Wildlife Centre where it is receiving the care it needs before being released back into the wild.

“He was so skinny, was covered in diesel, and was very [sick],” said RSPCA inspector Leigh Summers. “He is a pup but has been fully weaned—but he is desperately underweight for his age. He must have been struggling for some time.”

Staff at the RSPCA named the seal Bergamot. 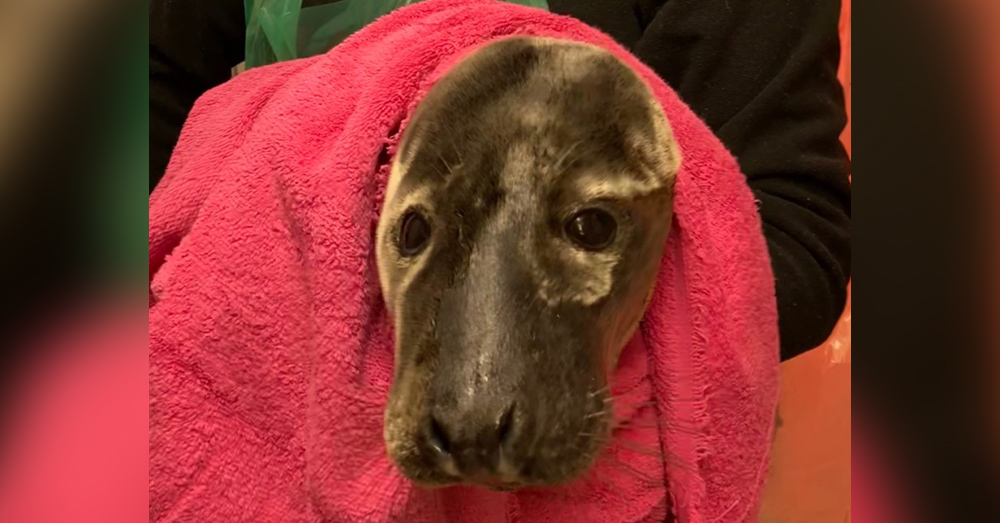 “Thank goodness he is now in our care—after he managed to get himself into two tricky predicaments in a matter of days!” Summers said. “After some rest, a clean up, and some tube feeds he started to get better—and I have to admit I have absolutely fallen in love with him—even after seeing so many seals this season.”

“He definitely is a mischievous one,” Summers continued. “We don’t know how he managed to get into the warehouse and then managed to visit the Llangennech construction site! He was absolutely exhausted after his misadventures.”

It doesn’t happen that often, but on the chance that you do find a seal where it should not be, RSPCA animal rescuer Ellie West recommends leaving them be and calling the nearest rescue agency to help. You could be putting the animal or yourself in danger if you try to move it or chase it away. 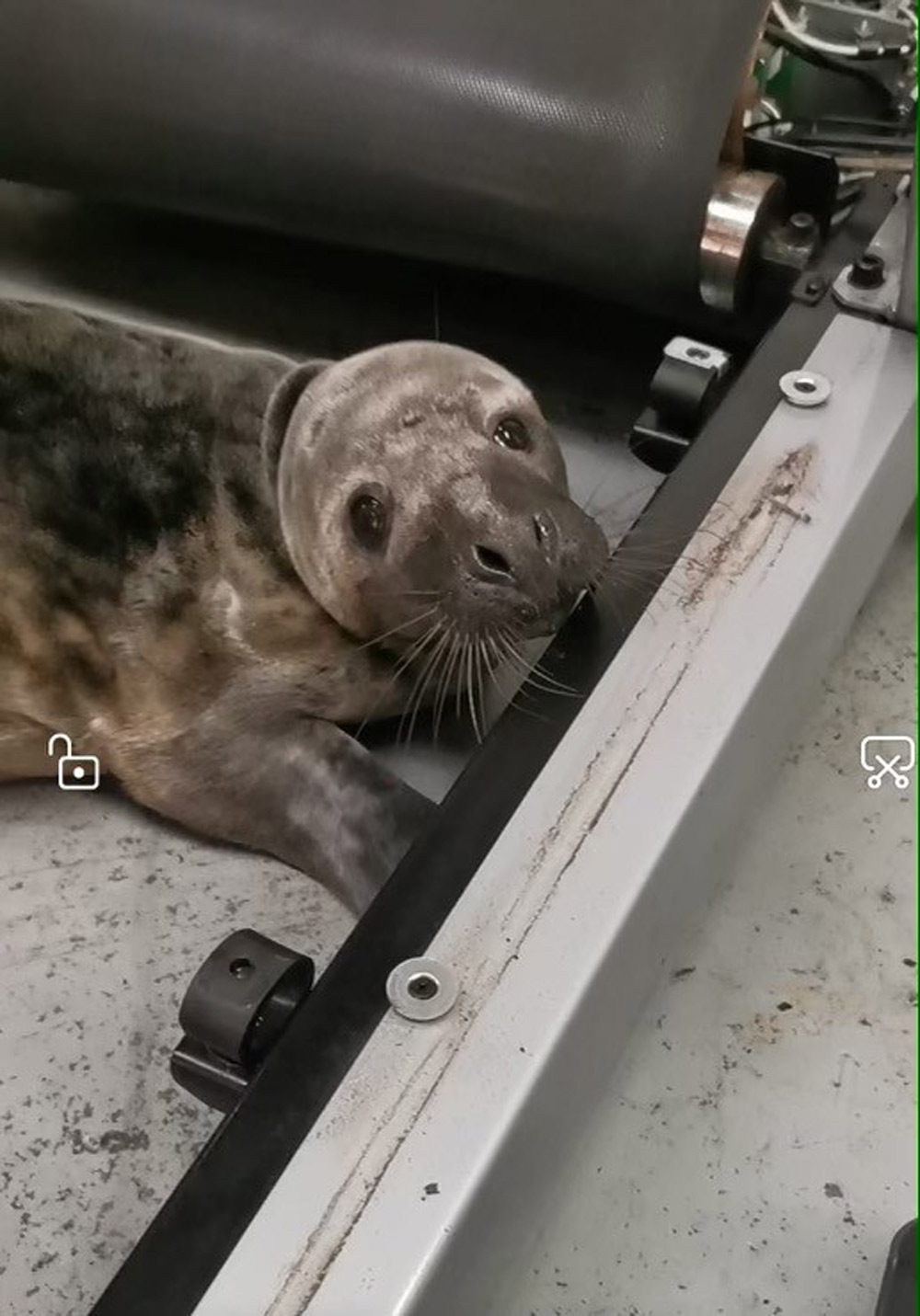 Source: Facebook/RSPCS Cymru
The seal was first found in a gym equipment warehouse, then covered in oil in a ditch.

“Many well-meaning people think they are helping lone pups by moving them into the water,” West said. “But nothing could be further from the truth. They have usually headed there for a reason, and can be in desperate need of veterinary care or support.”

In the U.K., seals rescued by the RSPCA are tagged on their hind flippers, which helps the organization track the seals’ progress as they age. Some of the tagged seals are spotted months or even years later with their own young.

“The scientific results we receive back up that seals that go on from rehabilitation with us survive in the wild,” the RSPCA’s Gillian Hillan told Newsweek.

Rescue Road Trip Turns Into An Unbreakable Bond That’s Now Raising Awareness Of Other Adoptable Pets: Click “Next” below!