Country singer Miranda Lambert is also well-known as an animal lover. And her passion for helping animals seems to have transferred over to her husband, Brendan McLoughlin. 36-year-old Lambert shared that McLoughlin’s keen eye helped the couple rescue a little stray kitten from the side of the road while they drove through Texas.

As Lambert shared on Instagram, they were on a two-lane highway in Texas doing about 70 miles, when her husband suddenly slowed down and did a U-turn. She was confused as to why the man was stopping, but soon it became clear: he spotted a kitten. 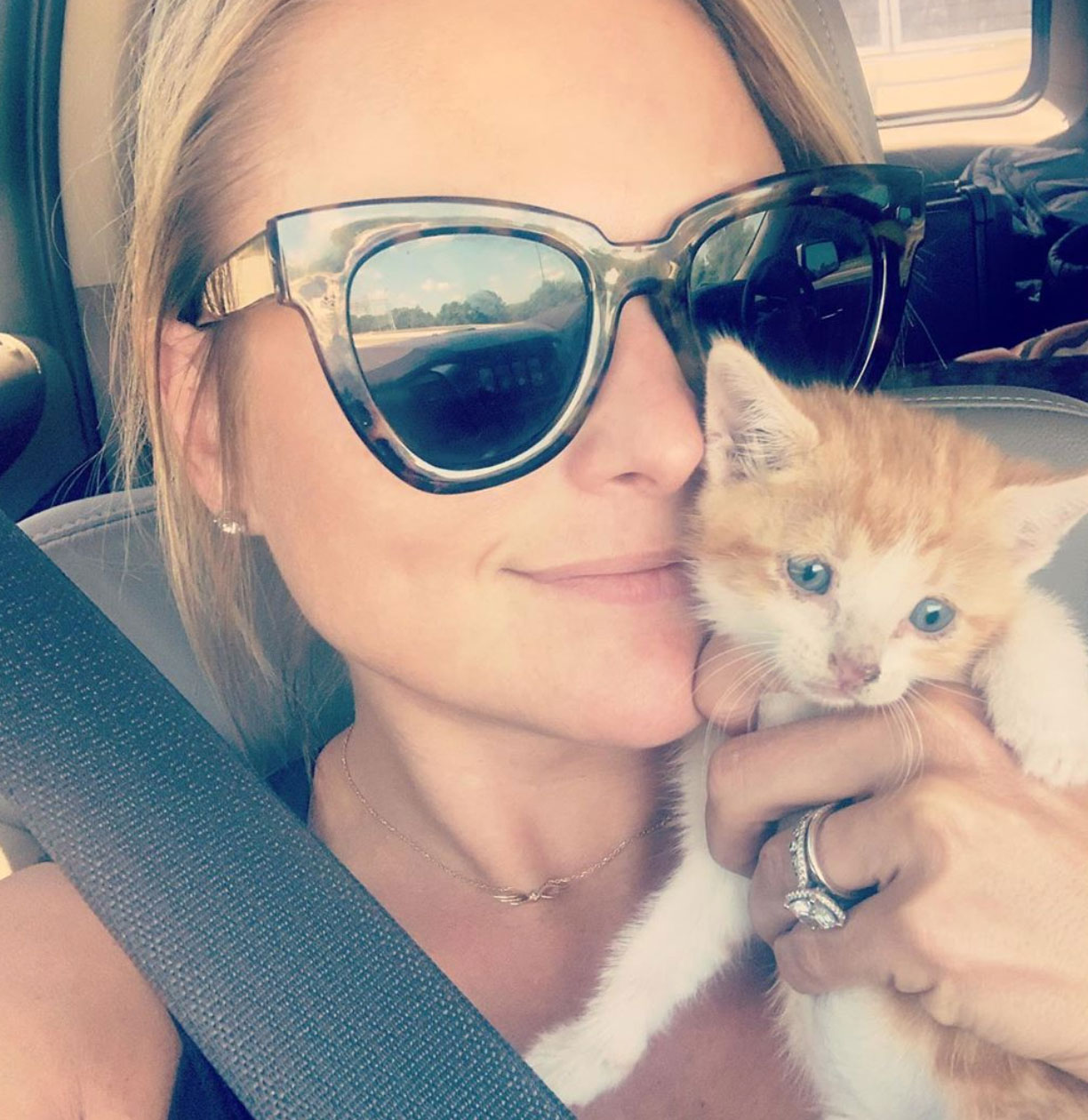 McLoughlin further confessed to his wife that he knew she’d be upset with him if he didn’t stop to help the stranded feline. Lambert proudly claimed on social media, “Well, I guess the rescue ways are rubbing off on him.”

The sweet rescue story had an even cuter happy ending, as Lambert revealed that the couple was keeping the kitten. Lambert also showed off plenty of pictures of their new pet. There was one photo of her holding the tiny feline in the car, while there was another one of the kitten snuggled up on McLoughlin’s shoulder. 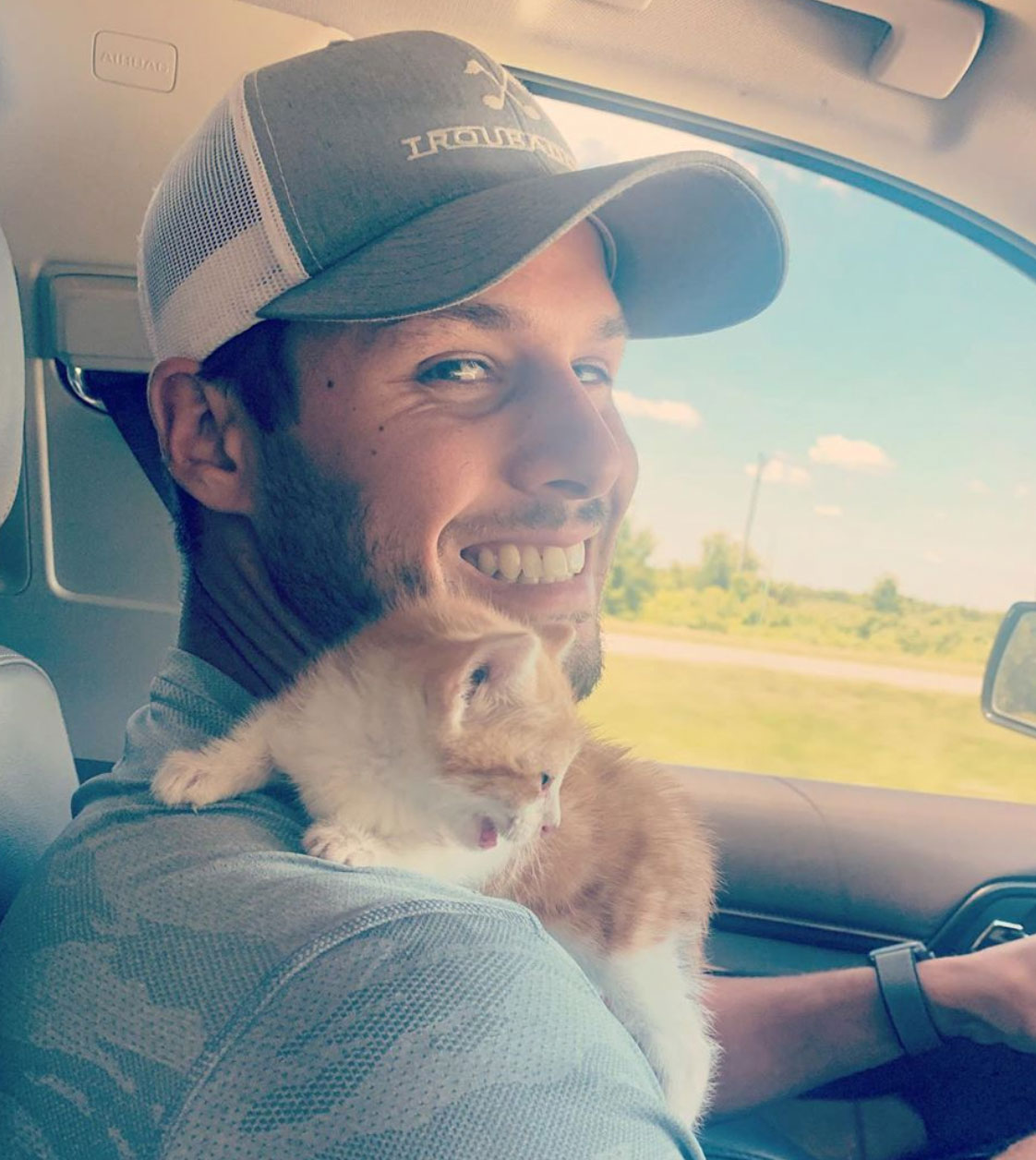 The couple decided to name their newest family member Tequila. As Lambert shared, Tequila has gone down as quite a treat with her parents as well.

Lambert shared, “We stopped at mom and dads on the way home. Dad has a new bestie. This kitten rode 9 hours back to Nashville with us and 3 dogs and was such a champ.” 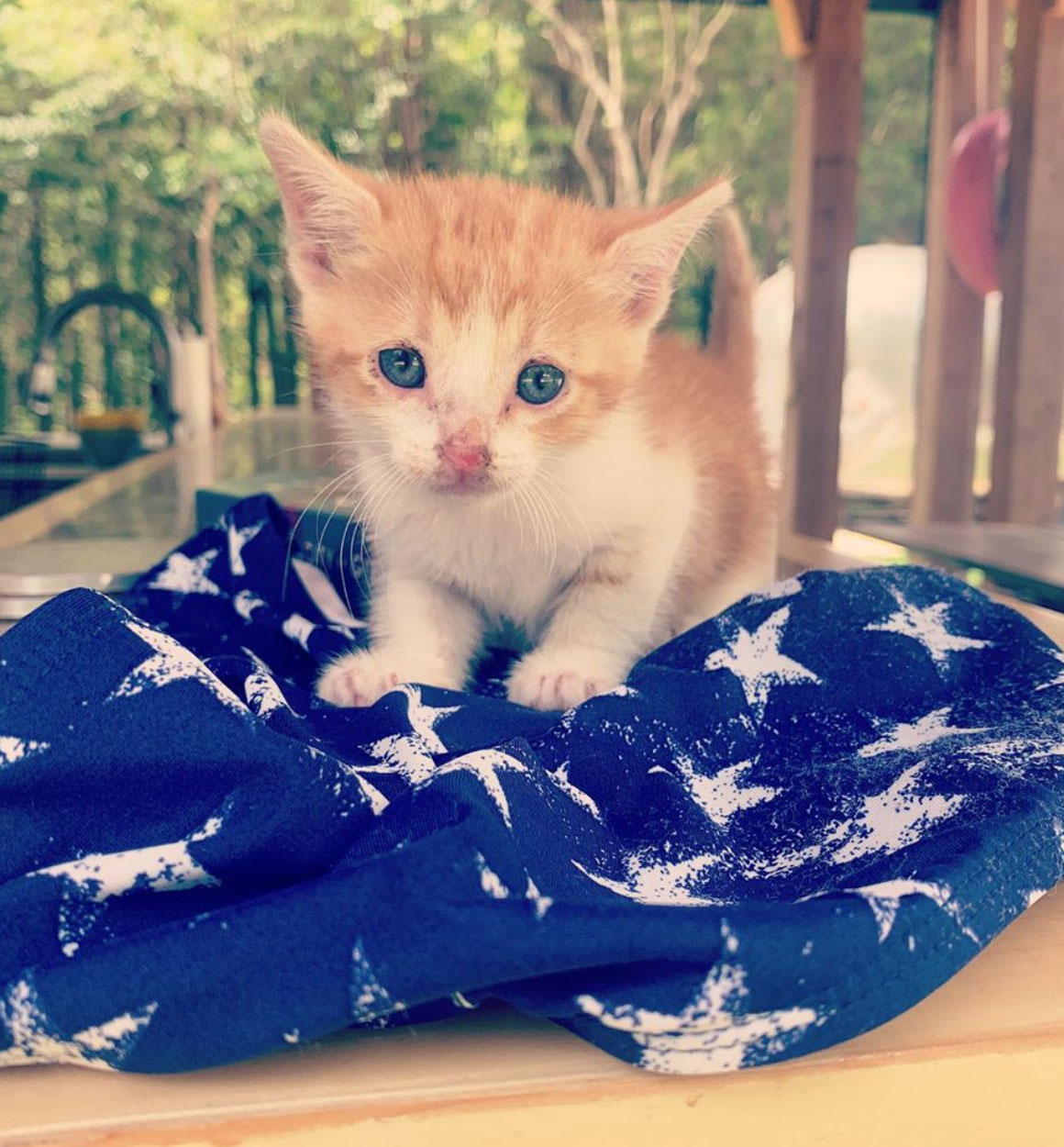 She added that the little kitten is estimated to be between 4 and 5 weeks old. And he weighed a measly 14 ounces! It’s clear that this tiny kitty is already an important member of the family, and is going to be greatly loved. Lucky Tequila was rescued during the last portion of the couple’s road trip, which covered states such as New York, Oklahoma and Texas.

Even though the couple was enjoying the open road, they do call Nashville home. It seems that is where the little creamsicle kitten Tequila will be putting down roots. What a lucky little kitten to get picked up by Miranda Lambert and her husband. It is definitely a much better turn of fate than what could have befallen the poor feline had he not been spotted.