An Injured Dog Was Found Near A Burnt Down Building, Then She Led Rescuers To A Sweet Surprise

A dog was found near a factory in Orangeburg, South Carolina, that had recently caught fire. The person who found her brought her to a shelter, where staff discovered that she had a broken leg. They also noticed that she was producing milk, which meant that she recently had given birth to puppies who were likely still out there somewhere. 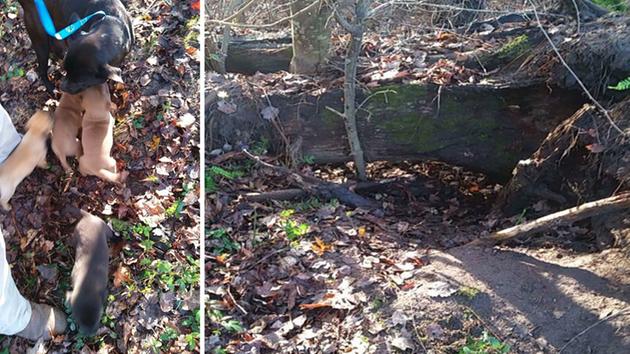 Staff worried that the puppies perished in the fire, but they still wanted to go back out there to double check. That’s when the mother dog, named Miracle, led them to a wooded area away from the building. They all sighed with relief when they saw all six of her puppies, alive and well. 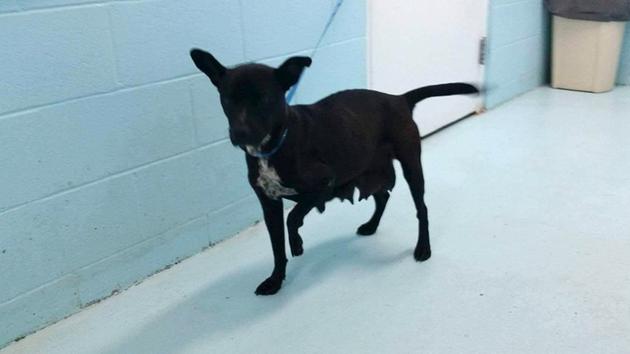 Although the details are uncertain, workers believe that Miracle was keeping her pups in the factory before the fire, and carried her puppies to the wooded area for safety once the flames broke out.

They think she hurt her leg while she was bringing them back and forth. The injury was so bad that she could hardly walk on it, and it wound up getting infected. Sadly, she eventually had to get it amputated. 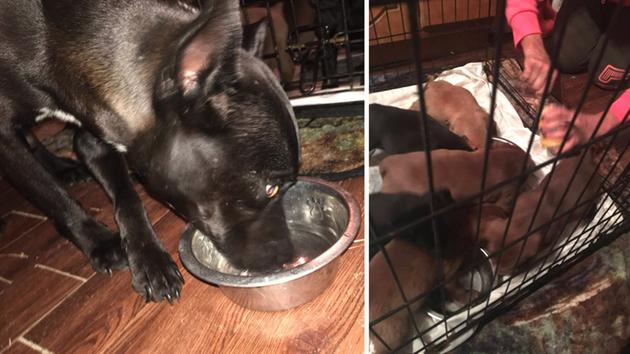 She was then sent to Happy Tails Dog Rescue on Long Island, New York, where she is waiting for her forever home. All of her puppies are in foster-to-adopt homes, which means their fosters will most likely adopt them.

Miracle is a very happy and loving dog who is just so appreciate of being rescued. She would do well in a home with kids, dogs, and even cats. 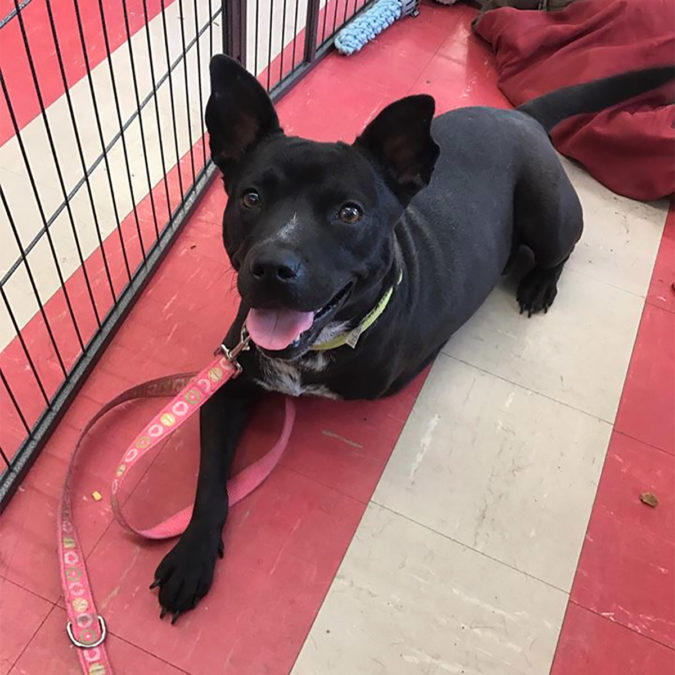 If you’re interested in adopted this sweet pup, contact Happy Tails at 631-947-0030 or email them at Adopt@happytailsdogrescueli.org.