The phrase “out of the blue” held new meaning for a group of construction workers on the day a tiny chihuahua puppy fell right out of the sky and onto the ground near their construction site.

The workers initially heard the puppy’s tiny cries and went looking for him, only to see him come plummeting down from above. When the looked up to see where he had come from, they saw a hawk flying around and reasoned that the large bird must have picked up the puppy and dropped him in an attempt to make an easy lunch out of him. 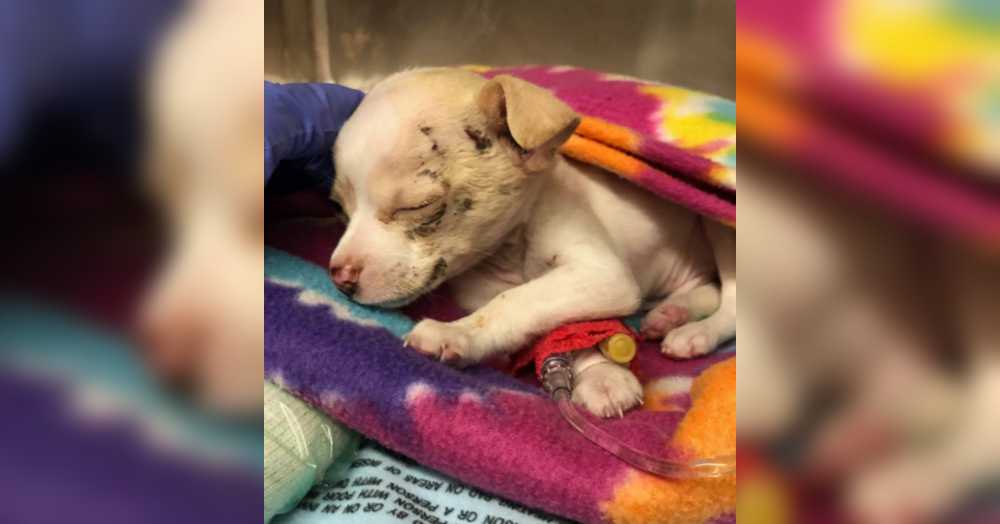 The workers rushed the one-pound chihuahua to a local animal hospital, where it was discovered that he had sustained some mild injuries to his head and chest from the hawk’s talons and from the fall itself, but nothing serious or life-threatening. The little pup didn’t even have a single broken bone to speak of!

After his visit to the vet, this “miracle puppy,” who has since been nicknamed “Tony Hawk,” was transferred to the Austin Animal Center for further care. Then he spent a few weeks with a foster family to fully recover from his injuries, become more socialized, and get some much-needed love. 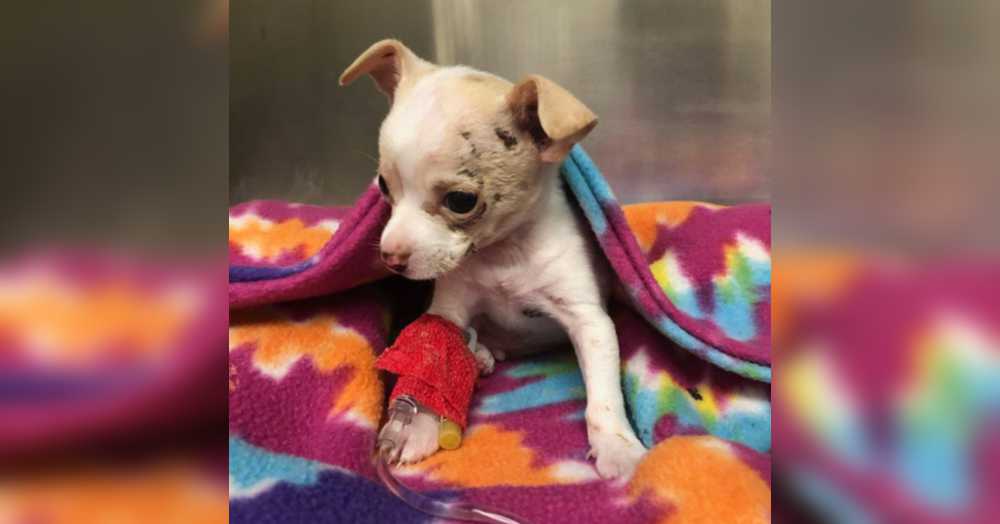 “We’d like to introduce you to this nugget, who we’ve all taken to calling ‘Miracle Puppy,'” the Austin Animal Center posted to Facebook. “This teeny tiny guy was picked up by a hawk and then subsequently dropped from mid-air. It’s a miracle that he not only survived but that the wounds on his head and chest are fairly mild. This sweetie is now recovering in a foster home for the next few weeks.”

“Let Miracle Puppy’s story be a reminder to protect your small pets from wildlife!” the Facebook post continued. “Hawks, owls and coyotes will prey on small animals, even in your fenced backyard. If you have small pets, keep eyes on them at all times while outside.”

We'd like to introduce you to this nugget, who we've all taken to calling "Miracle Puppy". This teeny tiny guy was…

Since his story went viral on Facebook, the miracle puppy received lots of attention, including hundreds of comments, thousands of shares, and several offers for adoption from people who were touched by his tale. The lucky survivor was ultimately adopted by a local woman whose chihuahua had passed away just months before.

We’re so glad Tony Hawk’s close call comes with a happy ending, but we hope his adventure also serves as a warning to other owners of small pets. Stay close to your tiny furry friends to keep them from becoming prey!

Abandoned Puppy Found With The Word "FREE" Written On Her Fur In Permanent Marker: Click “Next” below!