This is Rudolph, an 8-month old pup who, despite his youth and potential, still found himself on the kill list in an overcrowded Oklahoma shelter. Fortunately, the fatal dose administered by the vet wasn’t enough to kill the dog, who clearly had a different destiny in store.

When the vet returned to find the animal alive, which is exceedingly rare for euthanasia victims. Thankfully, he refused to administer the drugs again. 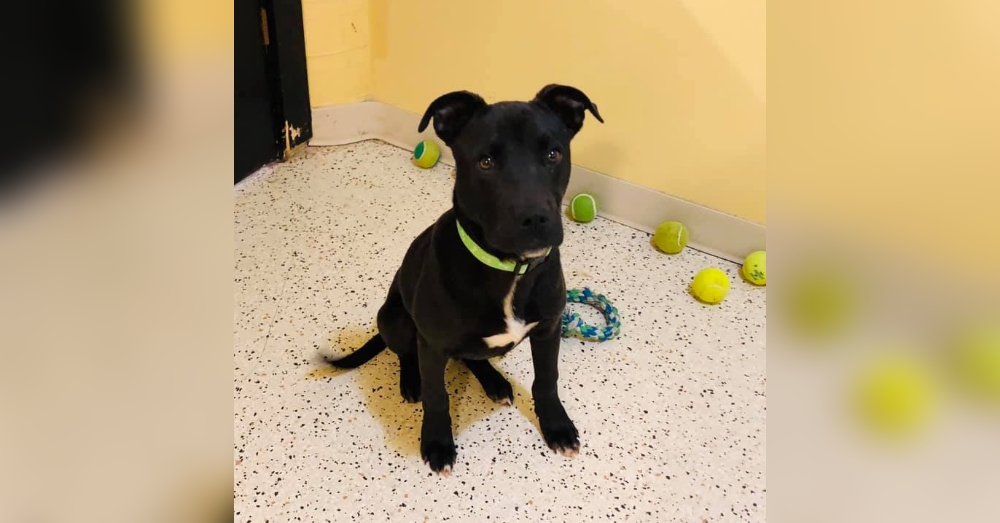 Instead, the dog was transferred to King’s Harvest Pet Rescue, a no-kill animal shelter in Davenport, Iowa, which immediately started posting about their “miracle dog” on Facebook.

One of those posts captured the attention of Jacob Hommer, who matches rescued dogs with military veterans. A veteran himself, Hoomer drove for 2.5 hours to meet Rudolph at King’s Harvest, where he decided the dog’s survival story would resonate with other veterans, many of whom come to find great emotional support in animals.

“Having a dog, it’s something to wake up and fight for, and especially, a lot of these vets, they are struggling to find a reason to get up in the day,” Hommer told a local TV crew.