Instead Of Listening To His Vets, This Cat Decided To Try And Beat The Odds That Were Against Him!

Meet Ace, a sweet little cat that has a bit of a rebellious streak! When he was just six-weeks-old, Ace was injured after being hit by a car in Downey, California. After the accident, Ace was rushed to a local shelter where his injuries were deemed bad enough that the doctors’ believed amputation of his leg was the best option. Luckily, a member of Cats at the Studios volunteer team was present and able to pull Ace out of the shelter and save him from losing his paw.

After being rescued from the shelter, Ace was put into Cats at the Studios foster program. This led him to his then foster mom and now owner Cheri. Cheri took one look at Ace and fell in love. She was determined that he would get the help he needed. She brought him to a vet and was told that in addition to his injuries and limp, he also had a heart condition. But Cheri didn’t want to give up! There was something about Ace that made her want to keep trying, so she reached out to different veterinarians for more opinions and unfortunately was met with the same result. Due to his heart condition, Ace would not survive any form of surgery on his legs. Hurt by these revelations and the news that Ace could pass on any day, Cheri made the decision to adopt him. She wanted to make sure that, when the time came, Ace had a home. 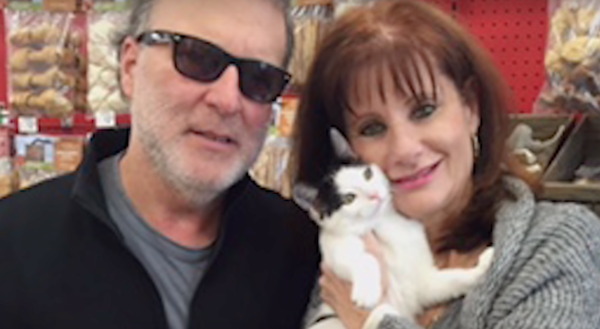 As luck would have it, this little black and white kitten was a bit of a rebel. He really did defy all the odds that were against him. Instead of getting worse, Ace started healing on his own. Now at one and half years old, Ace is thriving. The damage in his legs miraculously healed by itself and he is just as active as any cat should be!