Minneapolis Animal Care & Control was thrilled to be able to tape a sign to their door last weekend that said all animals in the shelter had been adopted out. 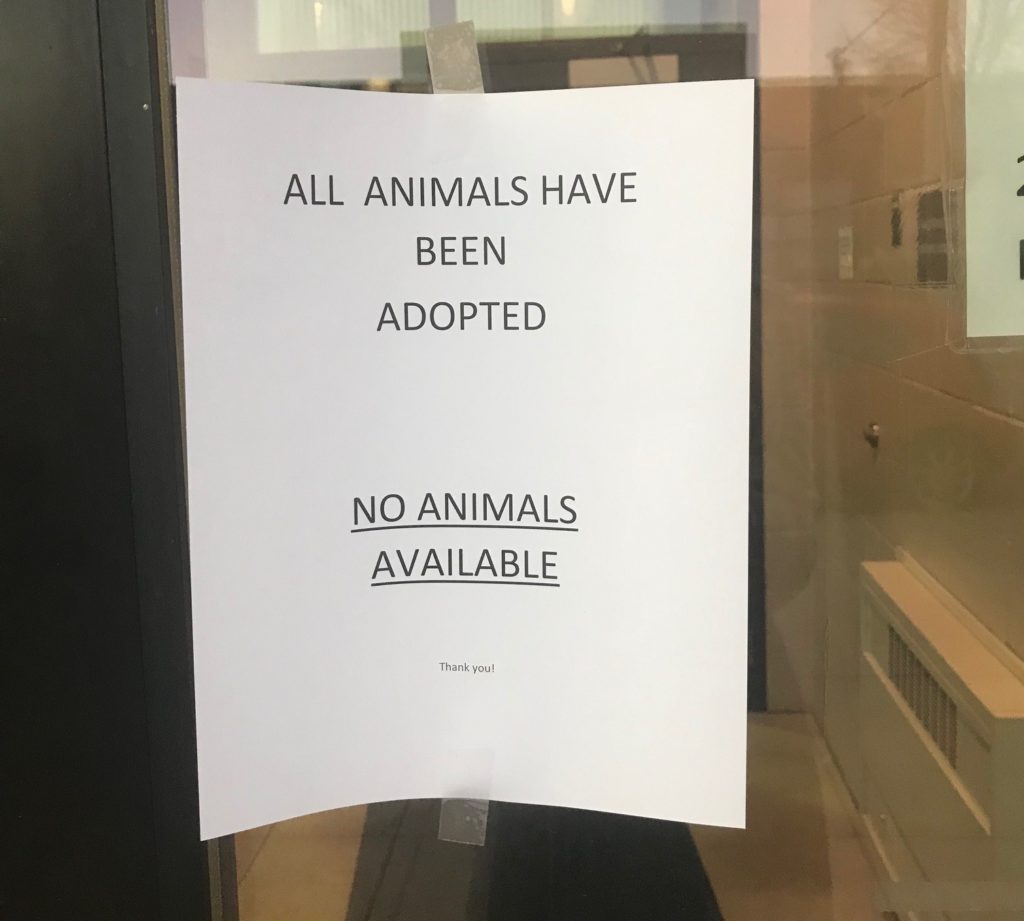 They also wrote, “The shelter is clear! Dozens of dogs, cats and small critters found new homes today during our Clear the Shelter event. Thanks to our staff, volunteers and adopters for making it happen.”

Even if you were planning to adopt an animal here, you have to admit it is wonderful news that they all have homes now – although they are still looking for fosters if you’d be interested. 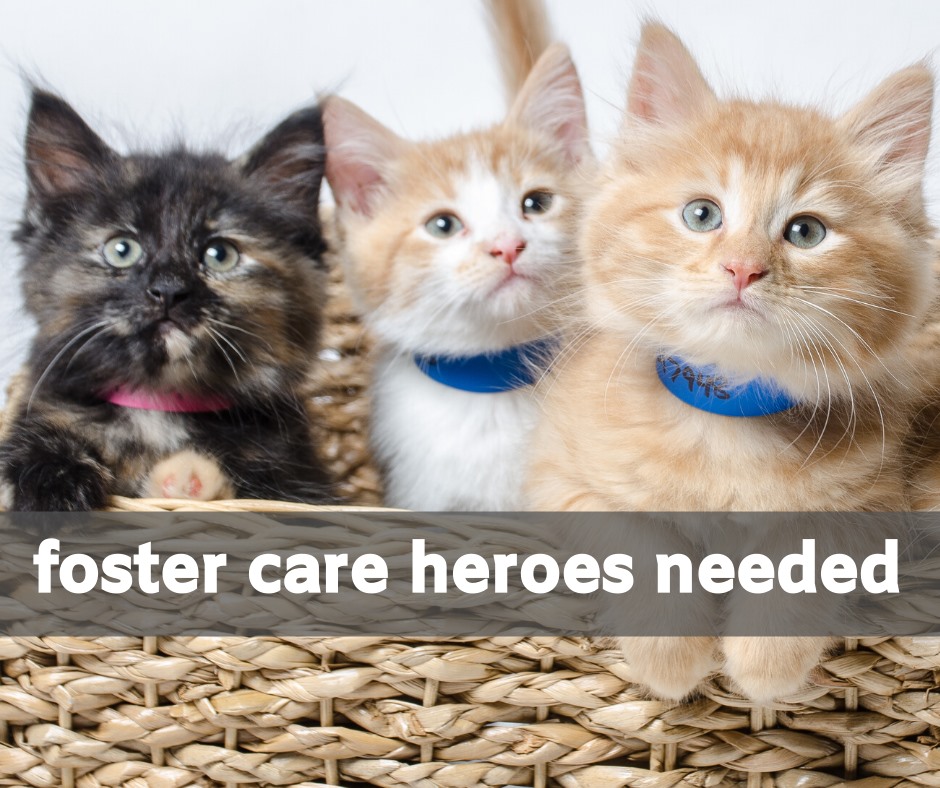 This wonderful occurrence comes as a result of the annual Clear The Shelters event which the shelter held this year on Friday November 22nd. During this even all adoption fees are waived.

On Facebook, the magnitude of the adoption event was described by the shelter as, “MACC had around 300 Minnesotans show up to stand in 30 degree weather to wait in line to adopt an animal today. Most animals had multiple applicants.”

Whatever it was that had people coming to the shelter – whether it was the spirit of the holidays or the lack of fees – there was actually a line going out the door!

The adoption event was held on a first-come, first-served basis. There were many cases of multiple adopters wanting the same animal, so in those cases a drawing actually had to be done in order to fairly determine the winner. The shelter’s adoption event was only held from 1 pm to 6 pm, so all those adoptions happened fast!

They added, “Thanks to all those who stopped in. Staff and volunteers expected about 50-100 people and the generosity of our MN community was greater than anticipated, so it was a *bit* chaotic in the building. Staff and volunteers debriefed after the event to take learnings from today to improve future Clear The Shelters events!” 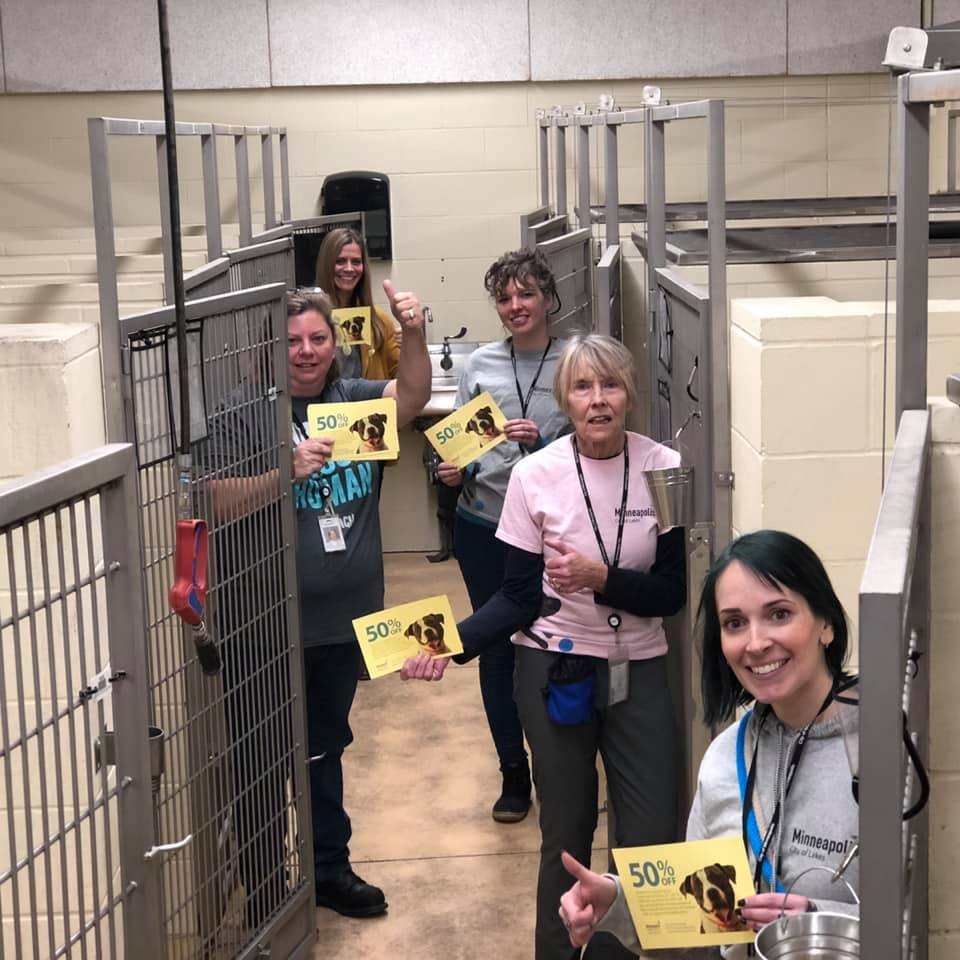 It’s quite rare indeed to ever hear about an animal shelter having more demand than supply, so this story is particularly touching. Hopefully other shelters can experience the same kind of good luck and good will during the holiday season since all little animals deserve to go off to loving and forever homes.