Maternity photo shoots are meant to celebrate the mom-to-be and their pregnancy journey. While they are popular with humans, a rescue thought it was the perfect way to celebrate a rescued pregnant horse.

A herd of neglected miniature horses was taken in by Longmeadow Rescue Ranch, a safe haven in Missouri for abused and neglected horses.

One of the surrendered horses was Waffle, an adorable white mini horse, who arrived with her colt, Toast. 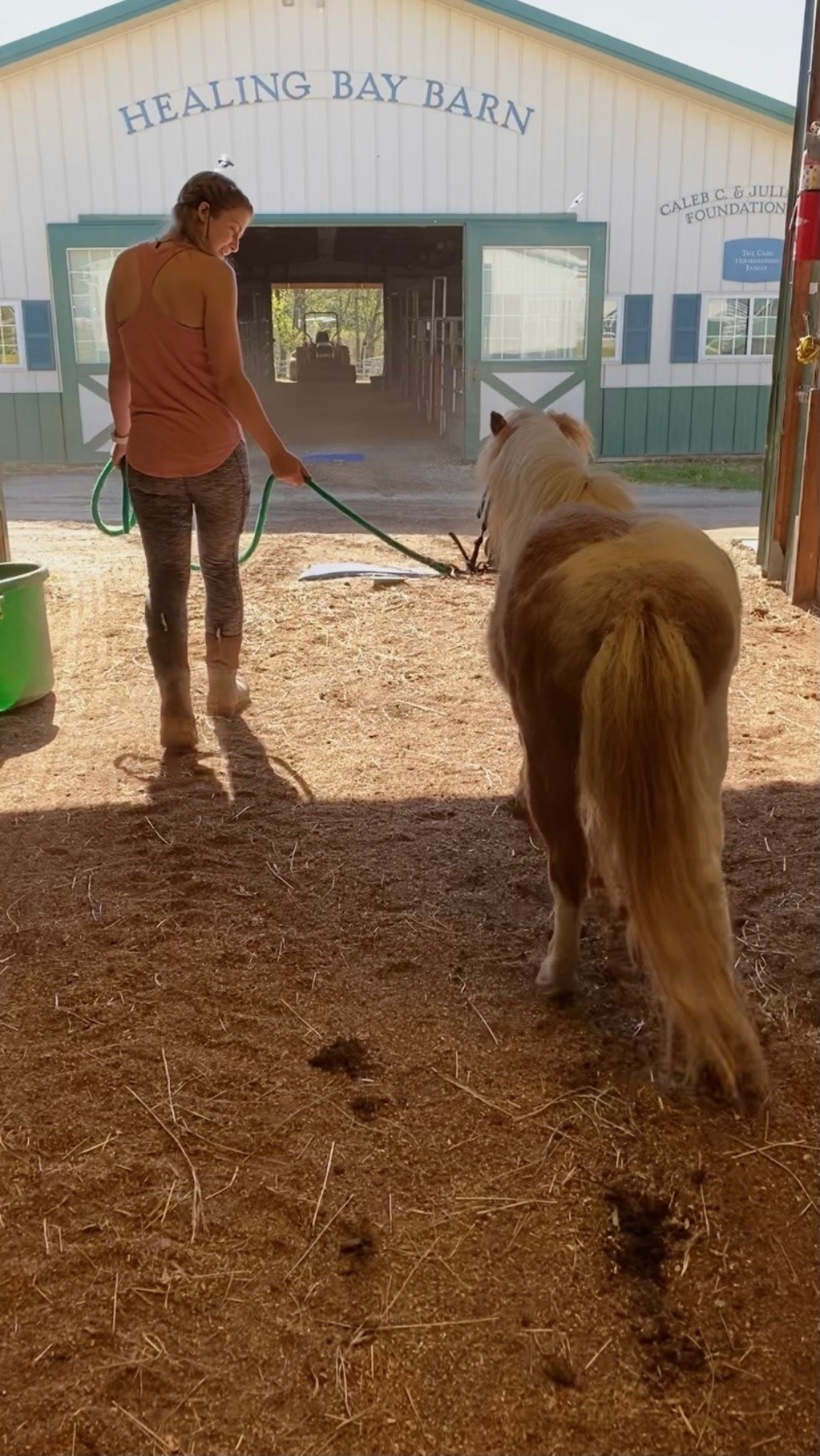 Both were covered in burrs and in desperate need of some TLC.

After receiving all the necessary care, Toast found a loving forever home. But Waffle wouldn’t be without a foal for long.

Two months after the herd arrived, the rescue discovered Waffle was pregnant. It came as no surprise to the team, as Waffle was out with three stallions, rescue director Amanda Mullen told People.

Just before Waffle was expected to give birth, the staff reached out to a photographer, Tammi Elbert, to capture the beautiful mom-to-be. Waffle was covered in flowers and strolled through a field of flowers for her maternity shoot. 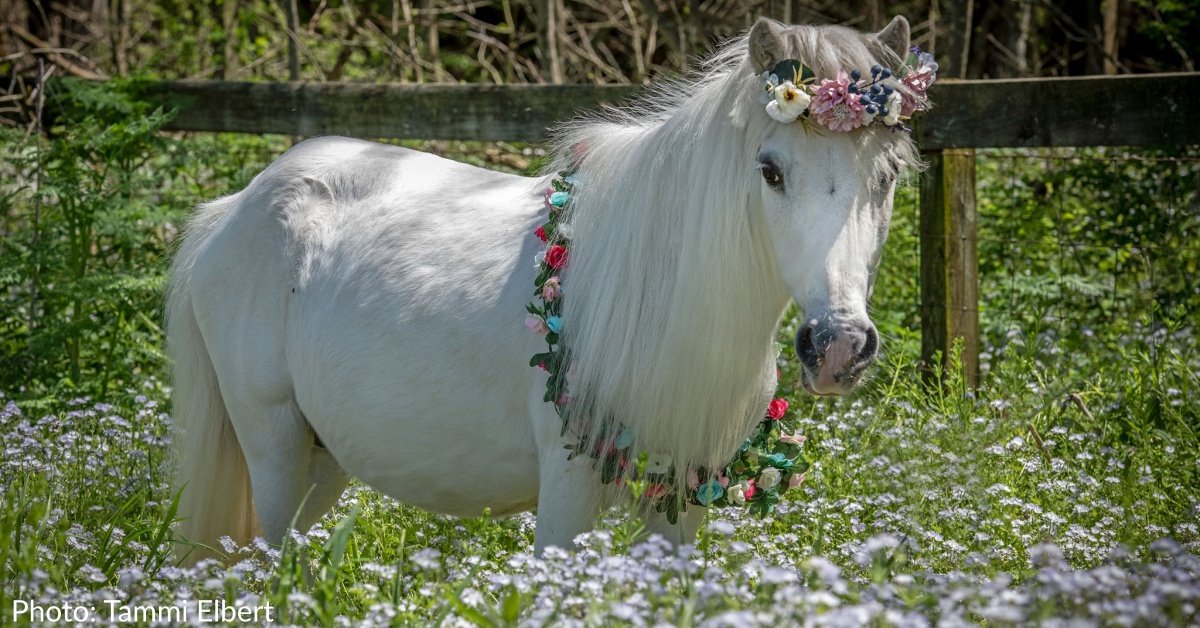 She loved being the center of attention and took it all in stride.

It was the first pony maternity shoot for Elbert but not the first horse she has photographed. She has captured stunning photos of wild horses and jumped at the chance to take pictures of the “cutie”.

On May 13, Waffle gave birth to a healthy filly, who currently does not have a name. 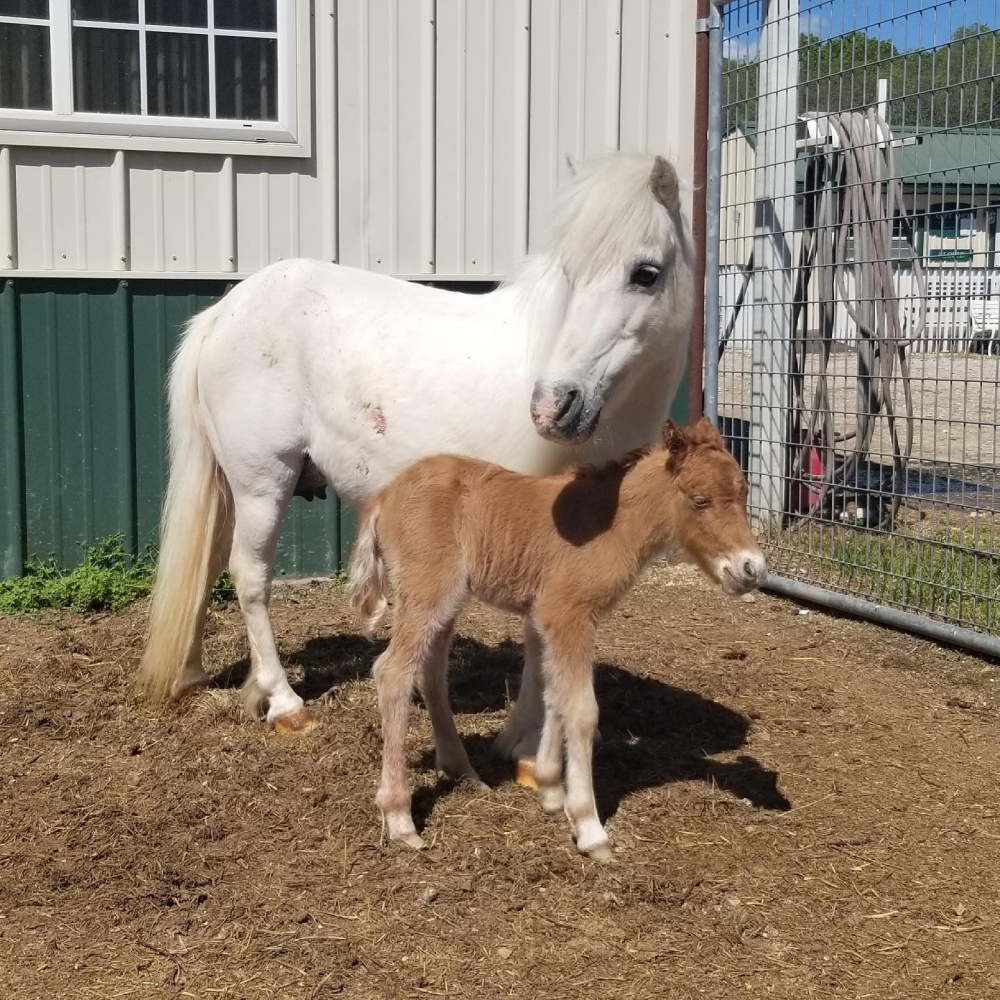 Both are doing well and can be seen bonding on Longmeadow’s baby cam.

Fans cannot get enough of the little baby and her sweet mom. Many have suggested names, with most being a play off of Waffle’s name, but the favorite is Pancake. 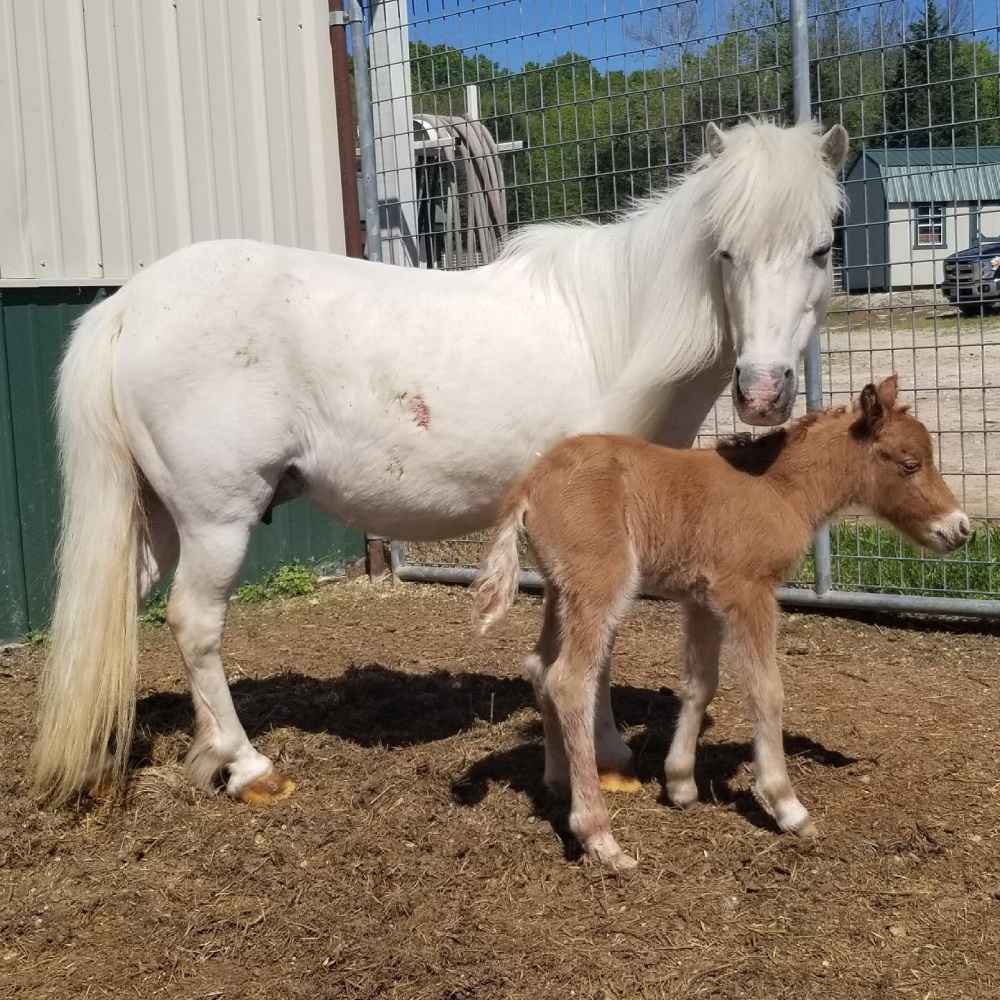 Eventually, Waffle and the baby will be put up for adoption. The rescue believes in second chances and hopes to find loving homes for all their rescued farm animals. Take a look at the adoptable animals here.