Rainstorms in July caused devastating mudslides that wiped out much of the Uwajima, Ehime Prefecture in southern Japan. When a dam collapsed on July 7, the resulting torrent leveled the home of a 7-year-old female Shiba Inu named Minami.

A neighbor had been taking care of Minami since the dog’s owner moved into a nursing home two years ago, the Mainichi reports, but it was doubtful that anything could be done to rescue the dog after the disaster.

The house was destroyed, with Minami under it. Or so it seemed. 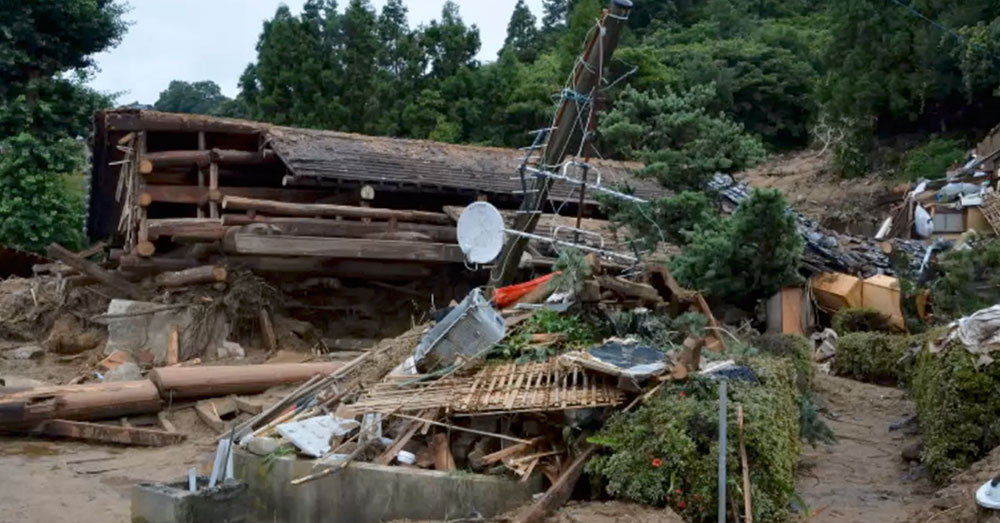 Source: YouTube/Cities of the World
A destroyed home in the Uwajima, Ehime Prefecture, in southern Japan.

Kinuko Miyamoto, 72, spent July 8 looking for Minami, calling out her name in the streets, and in the rubble of her neighbor’s home.

Miyamoto assumed Minami had been killed during the flood, and with her own family, prayed for her in front of the dog’s former home.

“Poor Minami. You are buried,” Miyamoto said at the time. 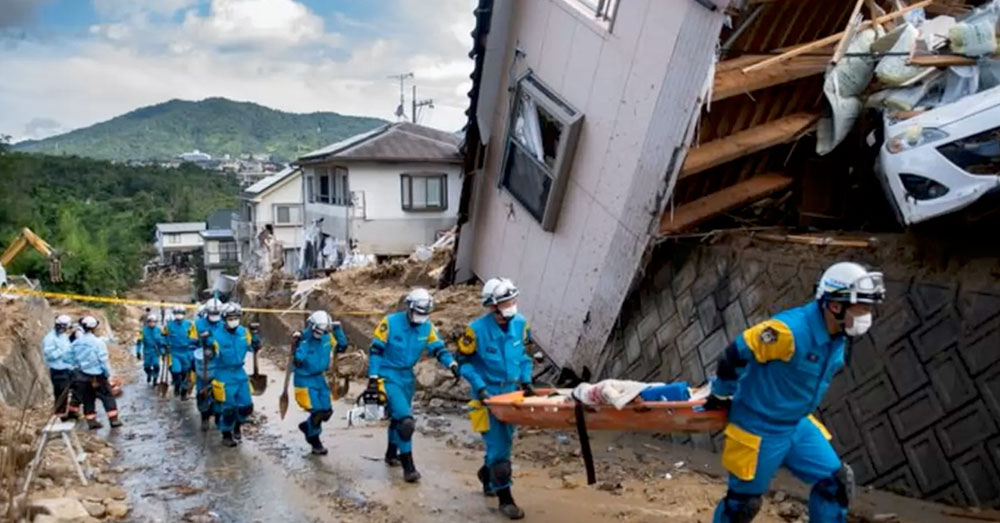 Source: YouTube/Cities of the World
Rescuers remove the dead and wounded from the rubble of houses and infrastructure.

Then, a few days later, a unexpected sign of hope.

Mandarin farmers heading to a nearby mountain in Matsuyama heard the distinctive sound of a dog’s barking. One of the farmers, Akira Seike, 56, followed the sound until he found its source.

It was Minami, still trapped in the rubble. 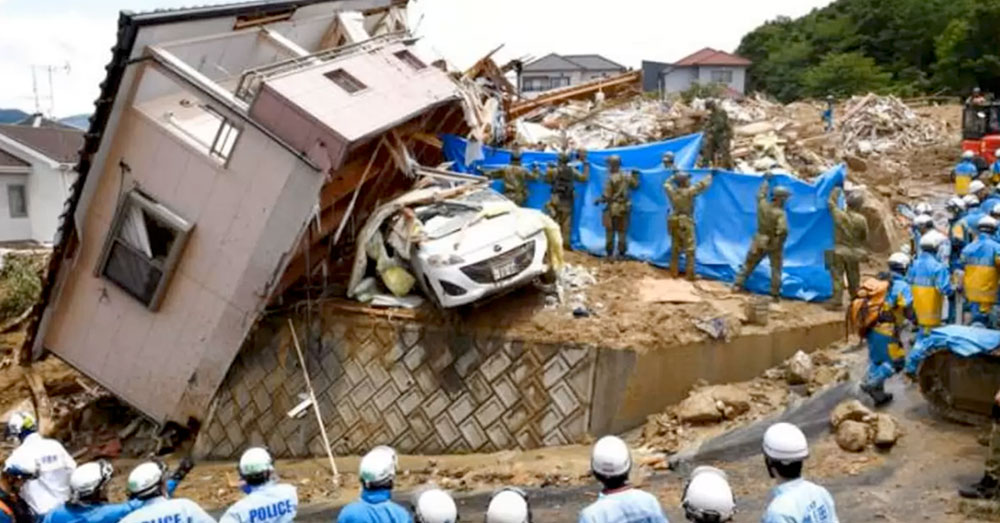 Source: YouTube/Cities of the World
After a dam burst upstream, homes in the Ehime Prefecture took the brunt of the oncoming floods.

Seike cut Minami’s leash to set her free. She immediately headed for a nearby puddle to lap up what she could, having gone without food or water for days.

“I never thought I would meet her again,” Miyamoto said, crying.

The dog was a little disheveled, a a bit lighter, but before long, Minami was back to her old self again. On Aug. 6, she was healthy enough to go for a walk with her caretaker.

“I had leg problems but I now feel lighter as Minami came back,” Miyamoto said. 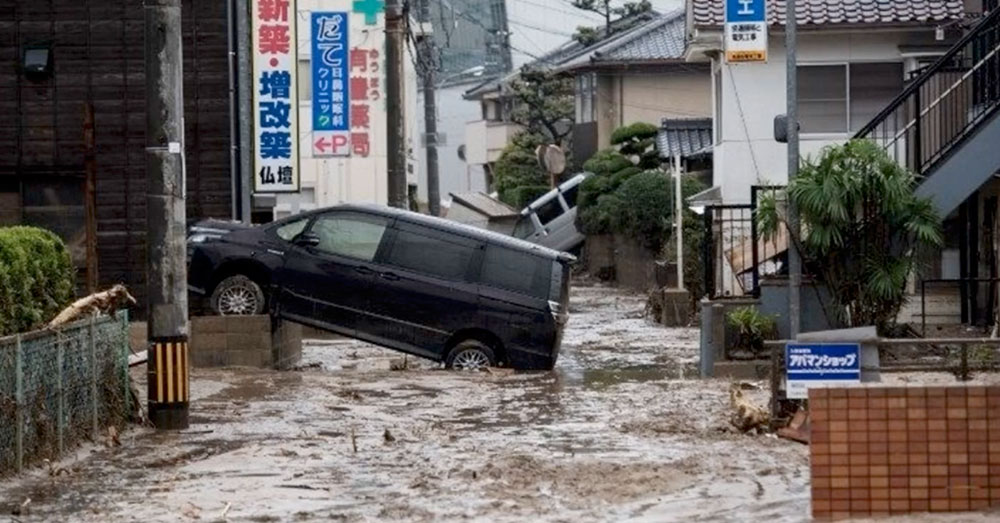 Source: YouTube/Cities of the World
It will be some time until homes in the Ehime Prefecture are rebuilt.

Minami’s return has brought a smile back to Miyamoto’s face, and some well-needed happiness to the residents of the Uwajima, Ehime Prefecture, who continue to rebuild their homes after the devastating floods. More than 125 were killed in the disaster, the Japan Times reports, and dozens remain missing.

Minami, at least, is among the rescued.