A Stray Dog Walked Into A Yard And Collapsed, But Thankfully The Right People Found Him

Hope For Paws, an animal rescue organization, received a call regarding a stray dog who wandered into someone’s backyard and then collapsed.

Volunteers rushed to the scene, as this dog was clearly in need of immediate medical help. When they arrived, they saw the dog lying down on a little rug on concrete in the yard. The dog lifted his head when he heard the rescuers near him, but he looked like he had very little energy. Thankfully, he was responsive, but he was clearly in distress. 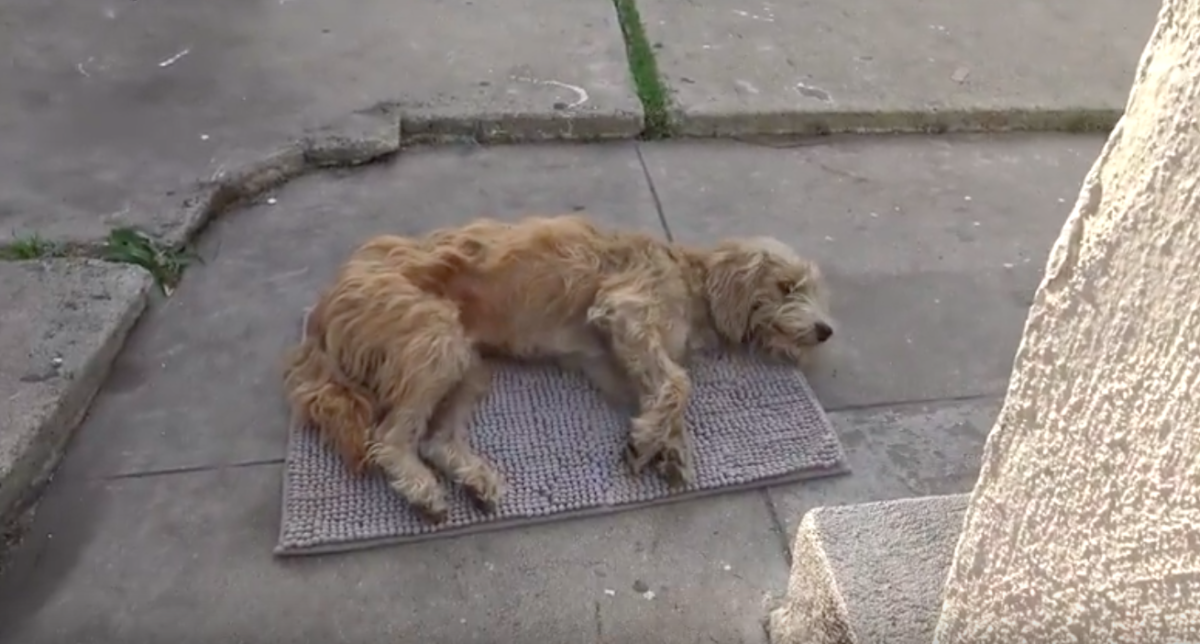 They wound up naming this adorable little guy “Milo.” They put a leash around him and laid a blanket down. They pet him to let him know that they were there to help. He showed teeth to them to let them know that he was in pain. They then lifted him up in the blanket, which was used as a makeshift gurney. The poor pup cooperated and knew that they were helping him.

They put him in the car and went straight to the hospital to find out what was wrong with this sweet little guy. They got an x-ray done, which revealed that he had no broken bones but unfortunately had a serious infection. 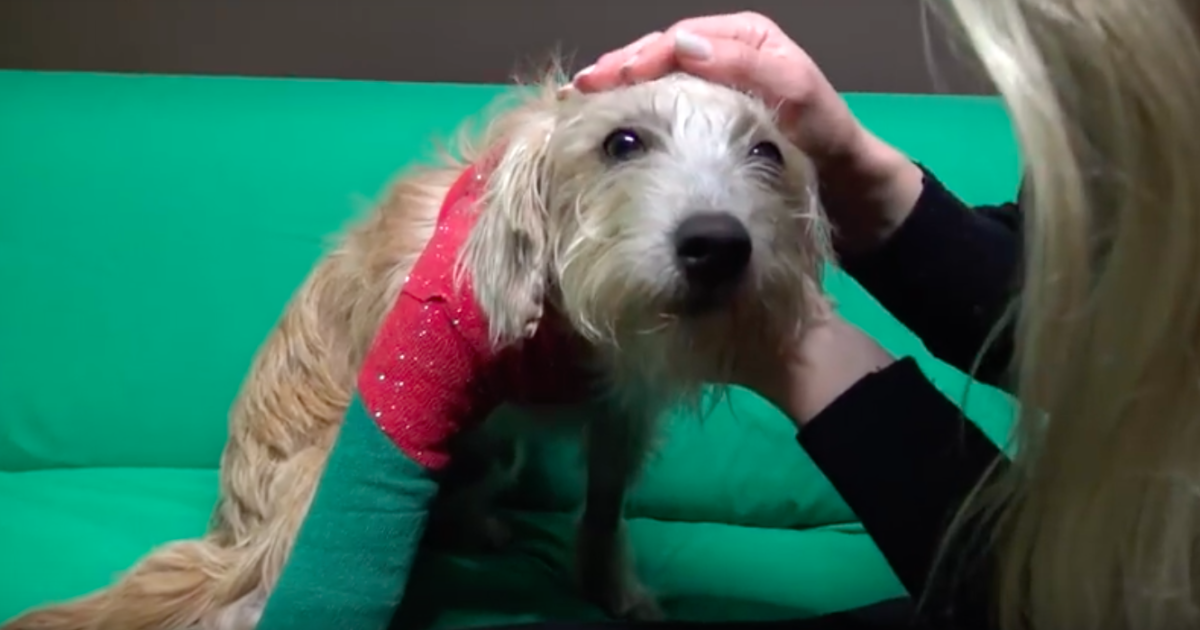 The vet removed a lot of pus from Milo’s shoulder. The cause of the infection was not known right away, but vets determined that it was from a bite wound. They gave him pain medicine, antibiotics, and a much-needed bath.

Then Milo’s road to recovery began. It would be a long one, but Milo stayed strong and kept a positive attitude. Despite everything he had been through and all the pain he was feeling, he is still a very friendly, loving pup and really loves getting attention and affection from people. 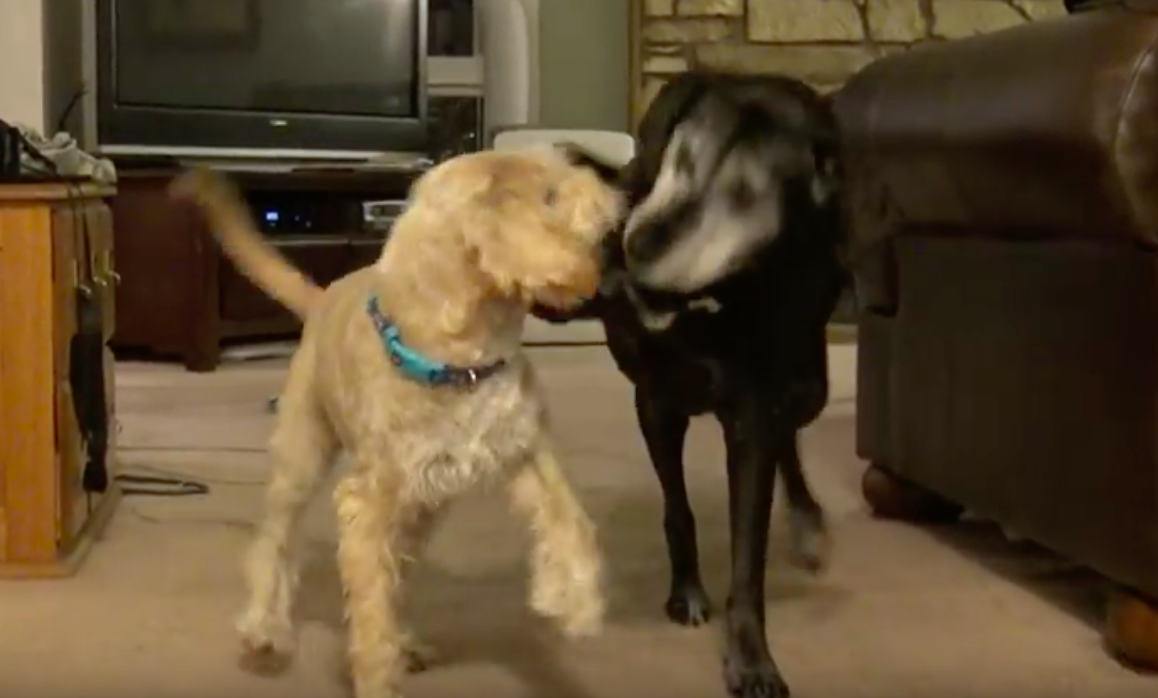 Milo was running around in no time and was very happy, despite the bandage on his leg and shoulder. He couldn’t stop wagging his tail, and was so relieved to finally be safe and getting the care he needed.

The best part? Milo was adopted! His new family loves him so much and he fits in so well. He has a new doggy sister, named Grace, who is also a rescue. The family says Milo’s loving nature has brought new life and happiness to Grace, who is a senior dog. The two of them run around and play together and are already the best of friends!

Watch Milo’s rescue, transformation, and happy ending in the video below: