Dogs are at high risk of overheating in warm weather. And military K-9s, despite their renown as tough, loyal, and highly skilled soldiers, are no exception. This looming danger is a particular threat for soldiers, both canine and human, deployed to the Middle East, where temperatures regularly soar above 100 degrees. But unlike humans, who have a greater capacity to sweat, dogs can sustain lasting, and potentially deadly injuries, when they get too hot.

The scary tale of Air Force K-9 Cvoky, a 5-year-old Belgian Malinois based at the Prince Sultan Air Base in Al Kharj, Saudi Arabia, shows how extreme temperatures can fell even the hardiest of working dogs. 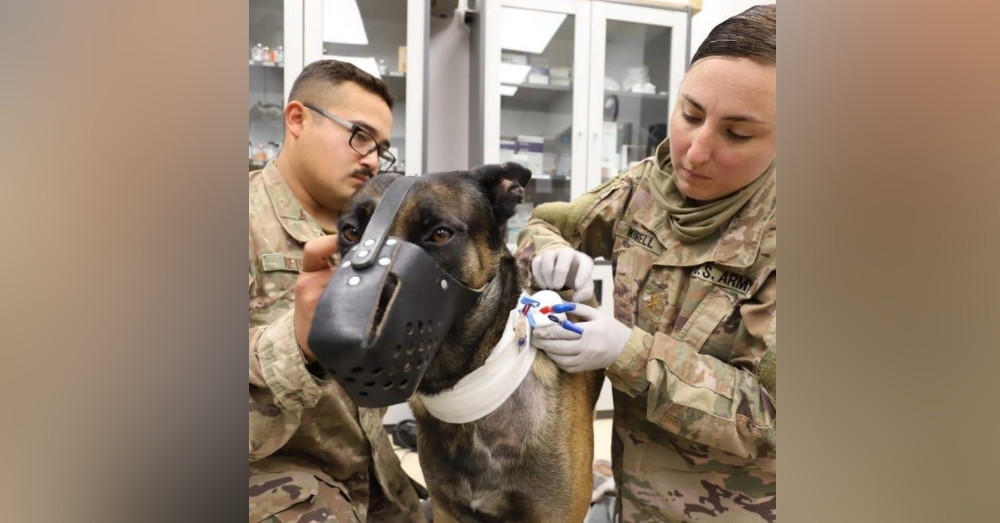 Fortunately, Cvoky’s handler noticed the 120-pound dog was acting strangely, and quickly sought medical assistance. “He did not seem like himself,” the K-9s handler, Air Force Staff Sgt. Juan Reyes, recalled in a statement, according to Stars and Stripes. “We rushed him right to the medical tent.”

Medics tried to help Cvoky cool down by placing ice on his body, but the dog’s temperature had already reached an alarming 110 degrees. So a UH-60 Black Hawk airlifted the sick pup to Kuwait’s Camp Arifjan, which was the nearest base with veterinary specialists. “This is a first for us doing an international country transfer of a working dog,” said pilot/Chief Warrant Officer 3 Brett Milton. 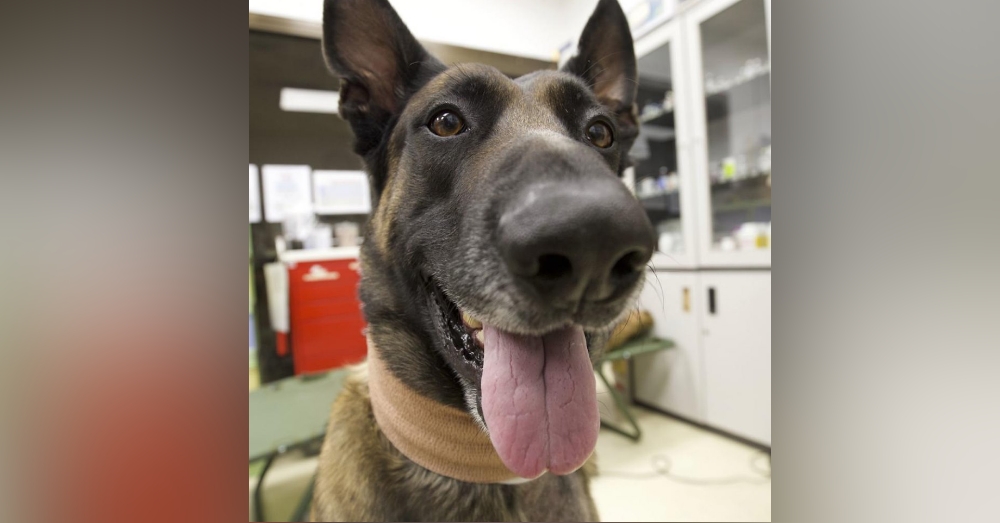 “Many dogs that reach high temperatures like this one did, do not survive,” said the Kuwait base’s leading veterinarian, Captain Jon Drake, noting that internal bleeding often arises in these cases. “We were very lucky [Cvoky’s injury] was caught quickly … treatment was given right away, and we were able to medevac the dog.”

"The sight of a helicopter for the average deployed Soldier is not exactly a noteworthy event. That is unless the…

By the time Cvoky landed in Kuwait, a Navy K-9 and very good boy named Army was already waiting to help provide the sick dog with a life-saving blood transfusion. “We came in and he donated a pint of blood for the dog in need,” said handler Navy Petty Officer 2nd Class Sera Tamez, who was happy to upon learning that Army and Cvoky shared the same blood type. “It feels really good to help one of our own.” 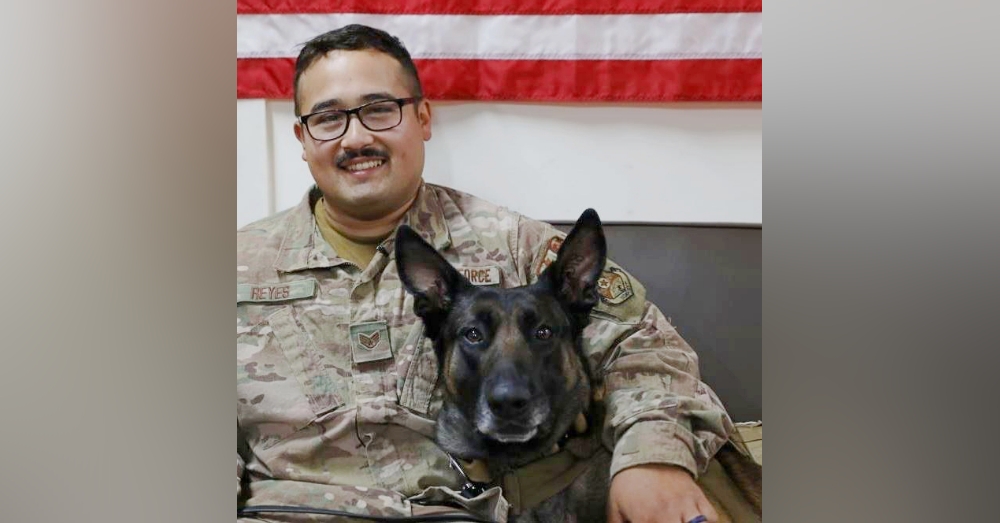 Fortunately, the transfusion was a success, allowing Cvocky to fully recover and retire with his handler in Utah. “Cvoky is totally back to himself,” said Reyes, whose quick actions have been credited with saving the dog’s life. “Right now he is just relaxing and enjoying life. This was definitely a happy ending.”