A U.S. Marine Corps German Shepherd, named Lucca, lost a leg sniffing out a roadside bomb in Afghanistan. Now, she is receiving the PDSA Dickin Medal at the Wellington Barracks in London. She has served U.S. troops during more than 400 missions in Iraq and Afghanistan over a six-year span! 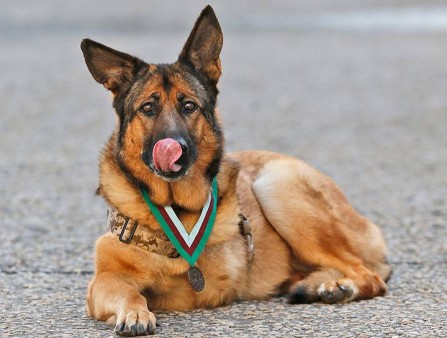 She is the first Marine Corps dog to receive the medal, which is considered the top honor for war animals around the world. Her career ended in March 2012 when she lost her leg and suffered chest burns from the bombing in Afghanistan’s Helmand Province. Her handler said that throughout her treatment, despite all of the pain, her temperament never changed. 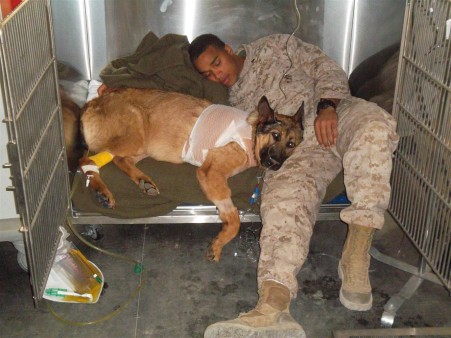 “The explosion was huge and I immediately feared the worst for Lucca,” her handler, Cpl. Rodriguez, told The Telegraph. “I ran to her and saw her struggling to get up. I picked her up and ran to the shelter of a nearby tree line, applied a tourniquet to her injured leg and called the medics to collect us.” Ten days and an operation later, Lucca was up and walking again. 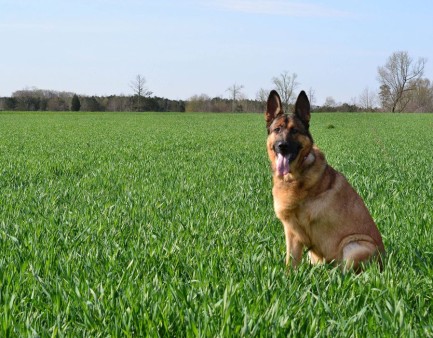 Hear the rest of her paw-inspiring story in the video below!