Stray Cat Got Head Stuck In Gate While Running From BB Gun: Rescuers Rush To Free Him…

This poor stray cat, dubbed “Midnight,” got his head stuck in a gate and was unable to get out on his own. Not only was he very uncomfortable, but the poor kitty was also terrified.

Luckily, rescuers from the Los Angeles Animal Services Specialized Mobile Animal Rescue Team (SMART) was called to save the day. But the rescue wasn’t as easy as it seemed it would be and they had to think it out carefully. 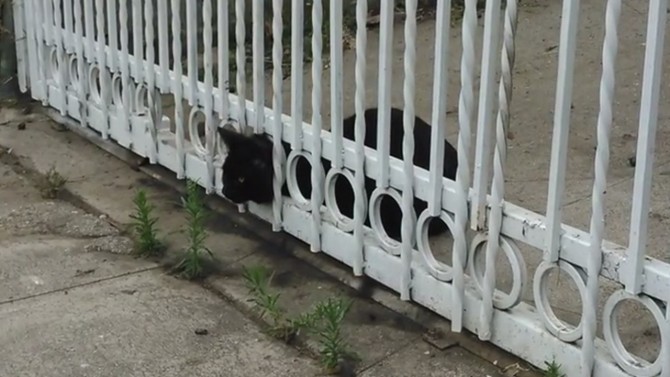 First, they decided to use mineral oil to lube him up so they could gently pull his head out. If that didn’t work, they planned to cut the ring on the gate out.

A vet was there and sedated the kitty so that he’d be more calm while they tried to get him out. They lubed up his head and neck and gently twisted him back and forth, trying to get him out. It took several people, and they still couldn’t get him out. It just shows how stuck this poor cat really was! 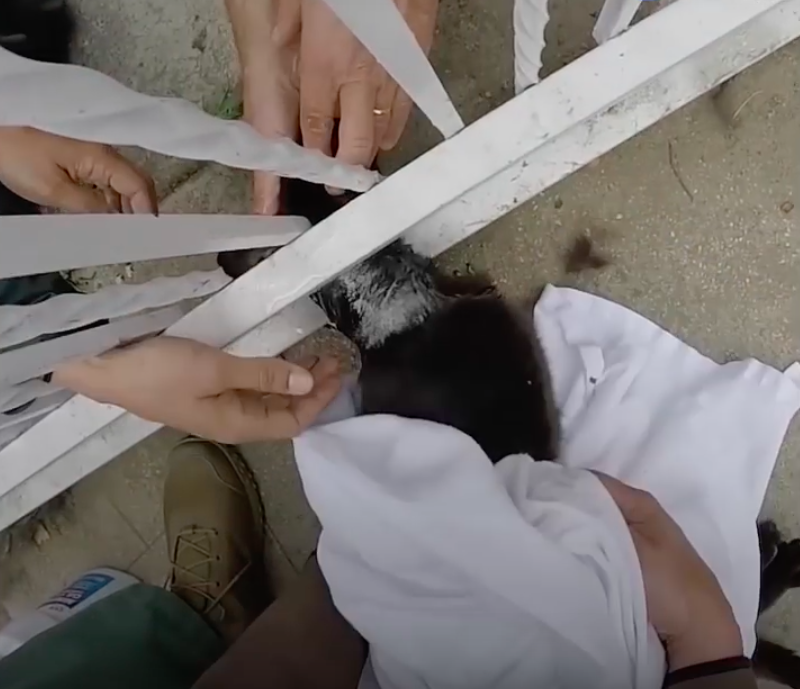 Armando Navarrete, who led the rescue mission, said that this stray cat was often seen wandering the area. Neighbors said he often comes in and out of the bottom of the fence without an issue, but this time he managed to get stuck.

When the SMART team got closer to the kitty, they noticed wounds from two BB gun pellets. Although they don’t know for sure, they believe the cat was shot, ran, and wound up going through the wrong hole of the fence and got stuck. 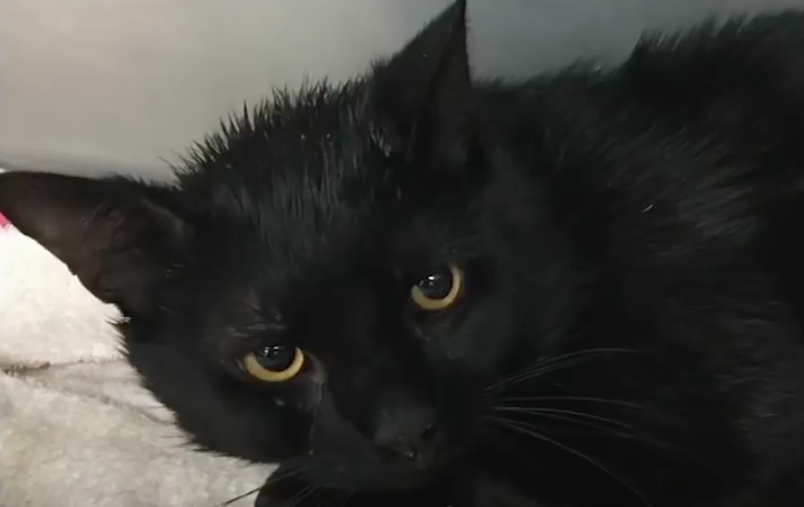 After some gentle pushing and pulling, they finally got the cat’s head out of the gate. They brought him back to their clinic where they bathed him and kept him warm. He was so relieved to be free and safe off the streets.

They estimated him to be around two or three years old, and he was eventually brought to a shelter. Not long after, the cat was adopted by a loving family!